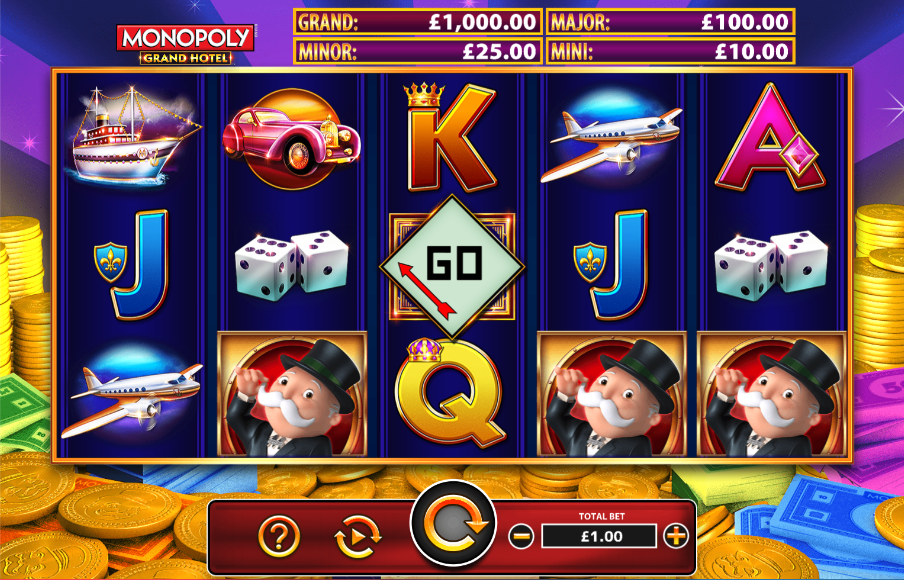 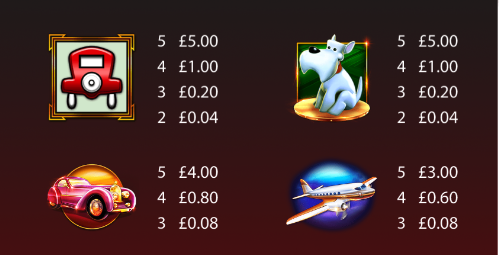 Online slots fans who also enjoy a game of Monopoly have plenty of games to choose from to combine their passions but there’s also room for one more, in this case it’s Monopoly Grand Hotel from WMS Gaming; find out below how the bonus features work and how the little houses and hotels can help you win some cash.

Monopoly Grand Hotel is a five reel slot with three rows and fifty fixed paylines; banknotes from the board game along with gold coins form the backdrop to those reels which spin just below the four jackpot totals.

Playing pieces including the dog, the car, the plane and the ship represent the higher value symbols, along with a pair of dice and the Free Parking sign; J, Q, K and A make up the lower values.

Mr. Monopoly is wild and he replace all other symbols to help form winning combinations except for ‘Go’, the green houses and the red hotels – they are the scatter icons.

This is triggered by landing three of the Go scatter symbols anywhere on reels two, three and four and the Go reel will now spin, revealing which of the following prizes/features are won:

Trigger this by landing at least six houses and/or hotels anywhere in view and the number of spins awarded is the number of triggering buildings. The houses and hotels all display cash values and you’ll win this amount also – this is the Free Parking bonus.

Monopoly Grand Hotel is a playable-enough addition to this genre – it’s not the best but it’s certainly not the worst either and will appeal to board game fans; all the familiar Monopoly elements are here so give it a few spins.