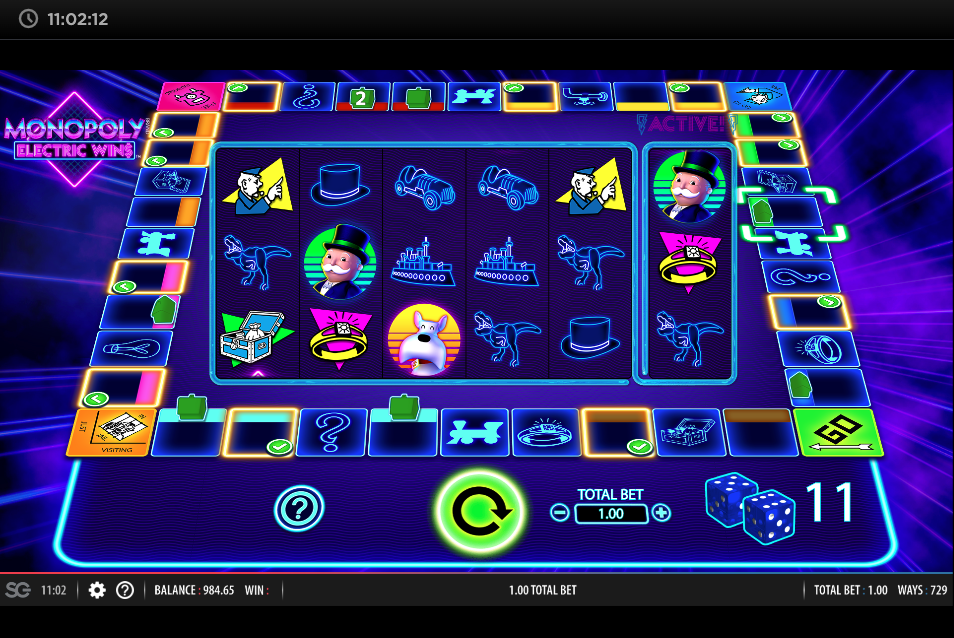 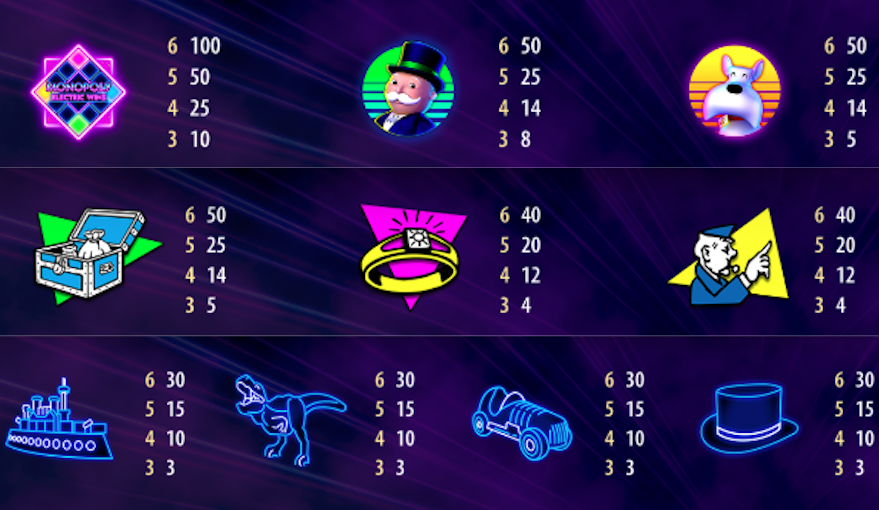 Possibly the world’s most famous board game, Monopoly has been the cause of more Christmas arguments than we care to remember; it generally makes a good online slot machine though and this latest one from WMS Gaming is called Monopoly Electric Wins – it offers players the chance to obtain and upgrade properties, earn free spins and win multiple base game features.

Monopoly Electric Wins is a six reel slot with three rows and 729 ways to win; those reels spin in the centre of a traditional game board but there’s a neon design here to suit the title.

High value symbols include the games’ logo, Mr. Monopoly, the dog, the chest, the diamond ring, the conductor, the battleship, the dinosaur, the car and the top hat; the pink ‘Wild’ is wild and it will substitute for everything except for the pink light bulb scatter symbol to help form winning combinations.

With each spin of the reels the dice are also thrown to move the marker around the game board and there are of course various places to land; landing on a property means it becomes ‘owned’ by you and once the set is yours landing on that property again will place a house there – after four houses have been built a hotel replaces them.

When a particular set has hotels on all its property then between four and sixteen Free Spins are awarded and these can be retriggered by completing more hotel sets during this round. As you move round the board during the free spins you’ll earn prizes by landing on developed property you already own. When the spins are finished all property is removed from the board. The chart below shows the property prizes available during this round:

Apart from the property spaces on the board there are all the other familiar positions to land and certain events are connected with each:

Monopoly Electric Wins is a relatively complex outing but including the traditional property-acquiring gameplay meant it was always going to end up like that; once you understand what’s going on it’s good fun to work your way round, collecting properties on your way to winning some free spins.