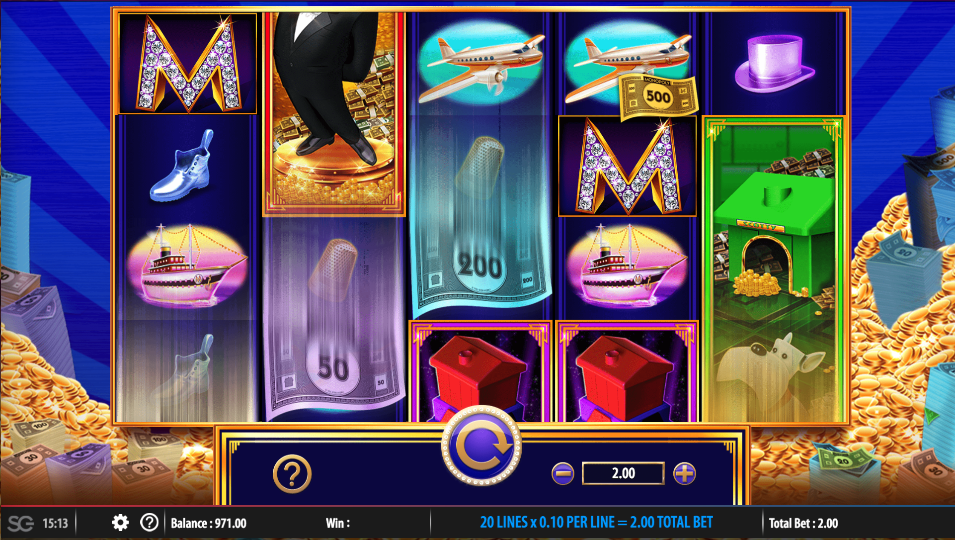 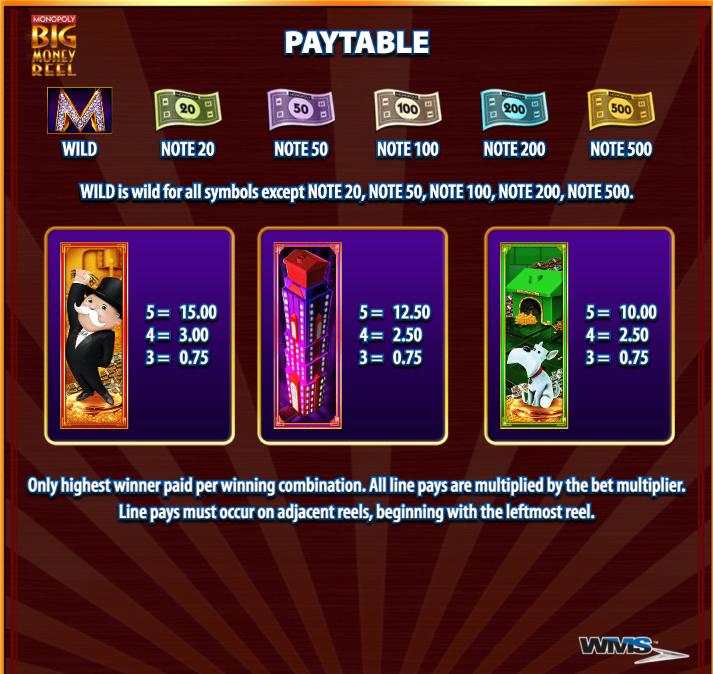 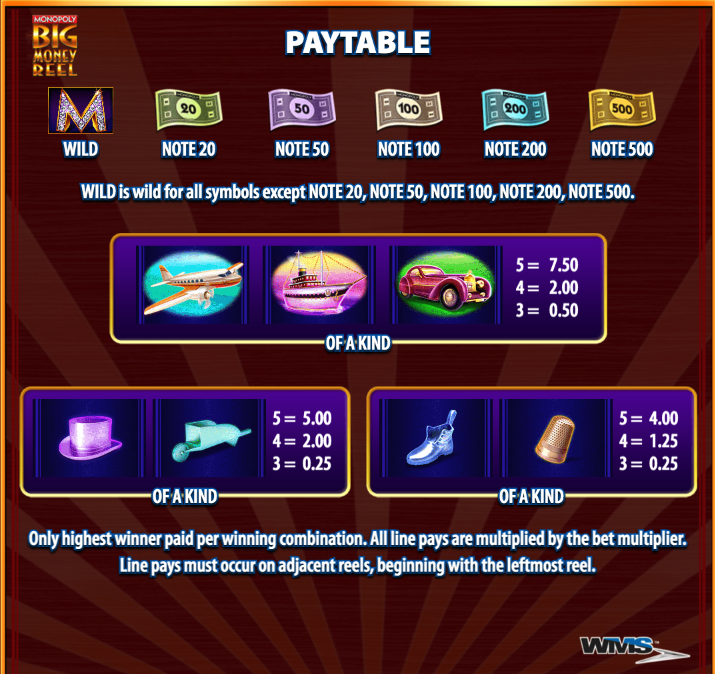 Like the apocryphal London bus, you never have to wait long for a Monopoly-themed online slot to come around and here we have Monopoly Big Money Reel, a release developed by WMS Gaming with some intricate bonus features and engaging graphics – read on to find out more.

Monopoly Big Money Reel is a five reel slot with four rows and twenty fixed paylines; there’s a 1930s feel to the design with slim gold reels perched above huge piles of gold coins and of course Monopoly money.

The three highest value symbols appear stacked on the reels and include Mr. Monopoly, a tall, purple hotel and a dog/kennel; lower values are represented by playing pieces such as the hat, wheelbarrow, boot, thimble, car, ship and plane.

The wild is a sparkly ‘M’ which will replace all others to help form winning matches except for the various bonus banknotes.

This is triggered by landing at least five banknotes of any values on the reels and after a payout for those notes you’ll get to spin a Wheel of Fortune which will award one f the following features:

Monopoly Big Money Reel is a slot which just about stays on the right side of being over-complex so once you understand how the banknotes work it’s all good; they regularly land on the reels so you always feel as though something is about to happen and it’s not too tricky to trigger the main feature. This game has an RTP of 95.95%.