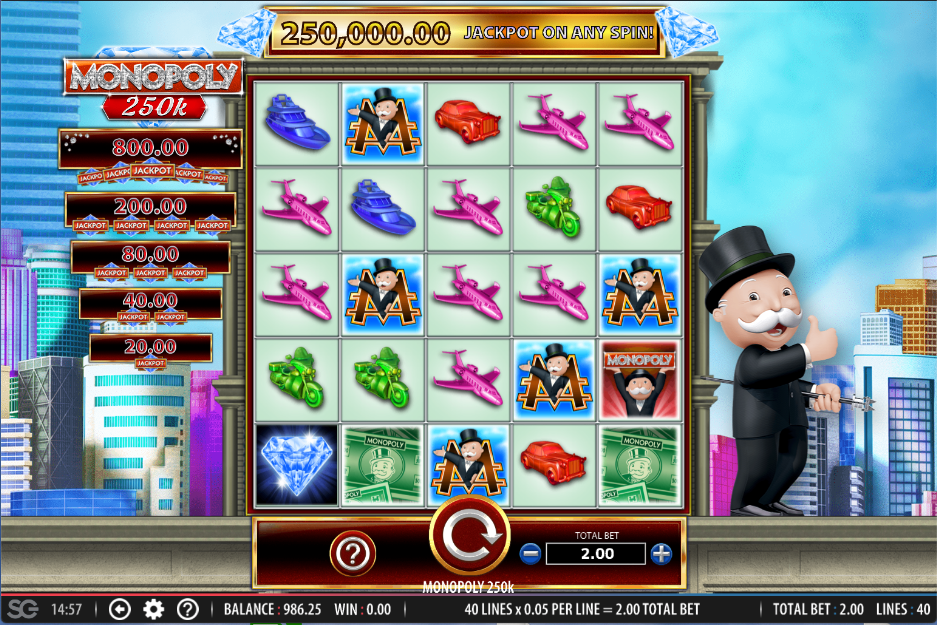 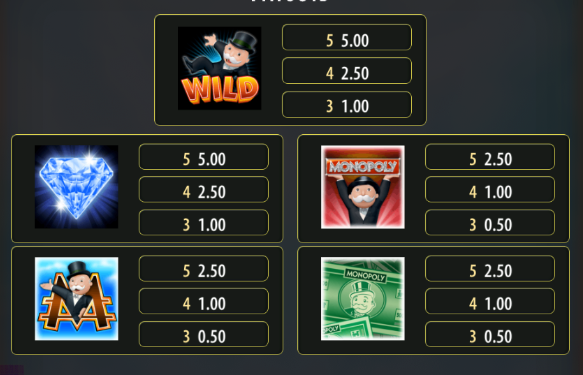 The famous old board game for those who value property acquisition has returned to the reels once more in the shape of this online slot from Bally Technologies; it’s called Monopoly 250k and it comes with a top hat-full of bonus features so keep reading if you’d like to find out more.

Monopoly 250k is a five reel slot with five rows and forty fixed paylines; behind those glitzy reels we have an ultra-modern cityscape, overlooked by Mr. Monopoly on the right hand side and the jackpot prizes on the left.

The symbols are all related to the theme and include a diamond, the big ‘M’, Mr. Monopoly, some banknotes and some playing pieces – the ship, the car, the motorbike and the plane.

The wild is a reclining Mr. Monopoly which substitute for all except the Big Wheel Bonus to help form winning matches.

There are a two mini-features which occur randomly in the base game:

This is triggered by landing three of the Big Wheel Bonus symbols on reel positions 1, 13 and 25 (that’s the top left, centre and bottom right); you’ll now get to spin the wheel which will award one of the following bonuses:

This is a randomly awarded prize of 250,000 coins which can be won on any non-winning spin.

The good thing about Monopoly-themed slots is that the only person to argue with is yourself but that’s not the only reason to enjoy this game; the gameplay is refreshingly unusual, the graphics are loyal to the board game and the features are well-thought out. It comes with an RTP of 95.39%.