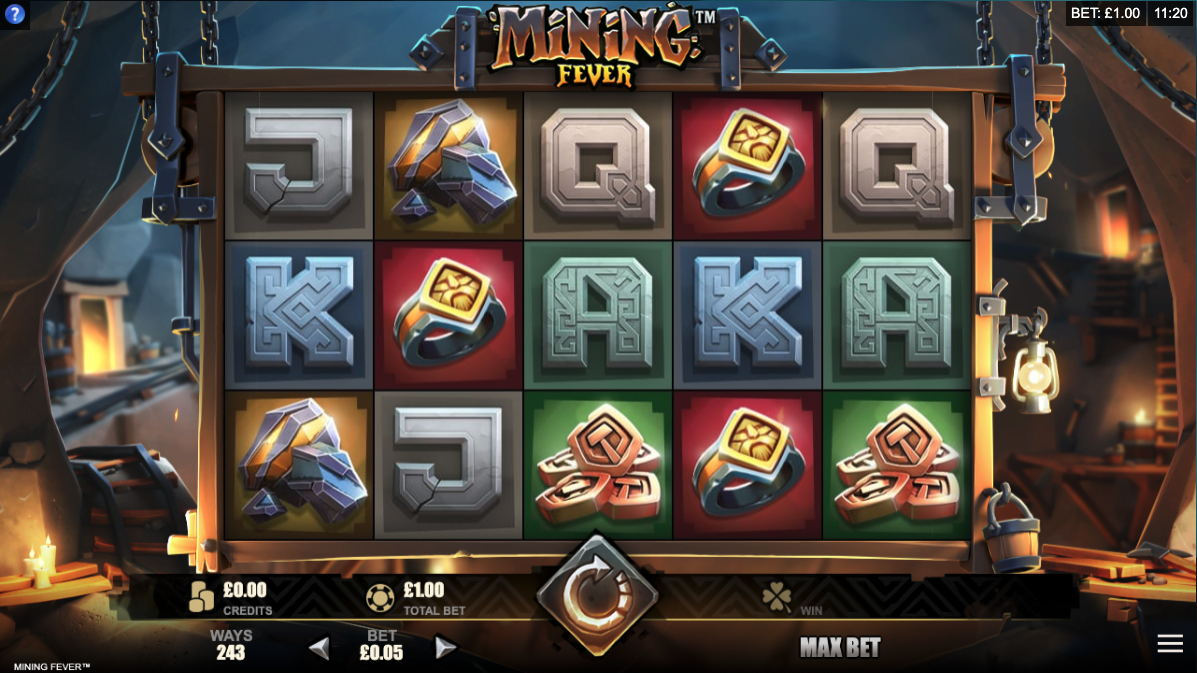 Grab your shovels and canaries because it time to head back down underground and dig for gold in the company of this online machine from Rabcat; it’s called Mining Fever and it’s tempting us with a rich seam of free spin modes and prizes.

Mining Fever is a five reel slot with three rows and 243 ways to win; those reels are suspended on a wooden frame hanging in front of this large, candlelit mine where fiery glows emanate from the mouths of shafts.

The higher value symbols include the gold crown, the jewelled box, the ring, the pile of coins and the gold nugget; J, Q, K and A represent the lower values. The wild symbol can appear as crossed swords, explosives, gold coins or dwarfs and it will replace all standard symbols to form winning matches – the three named dwarfs, Driler, Bombur and Thundar are the scatter symbols.

Landing two identical dwarfs anywhere in view will trigger one or two spins with a feature attached to that dwarf:

This is triggered by landing three different dwarves anywhere in view for which you’ll receive an initial eight free spins. The Dwarven Gold Train appears now and this is a train three wagons long which starts its journey on the left hand side and moves right, up or down with each spin, leaving a trail of wilds in its wake. If it reaches the far side it appears on the left again.

Mining Fever is one of the better mining-themed slots we’ve played – it’s designed to a very high quality and offers several dwarf-themed features which could help you grab some of those gold nuggets!