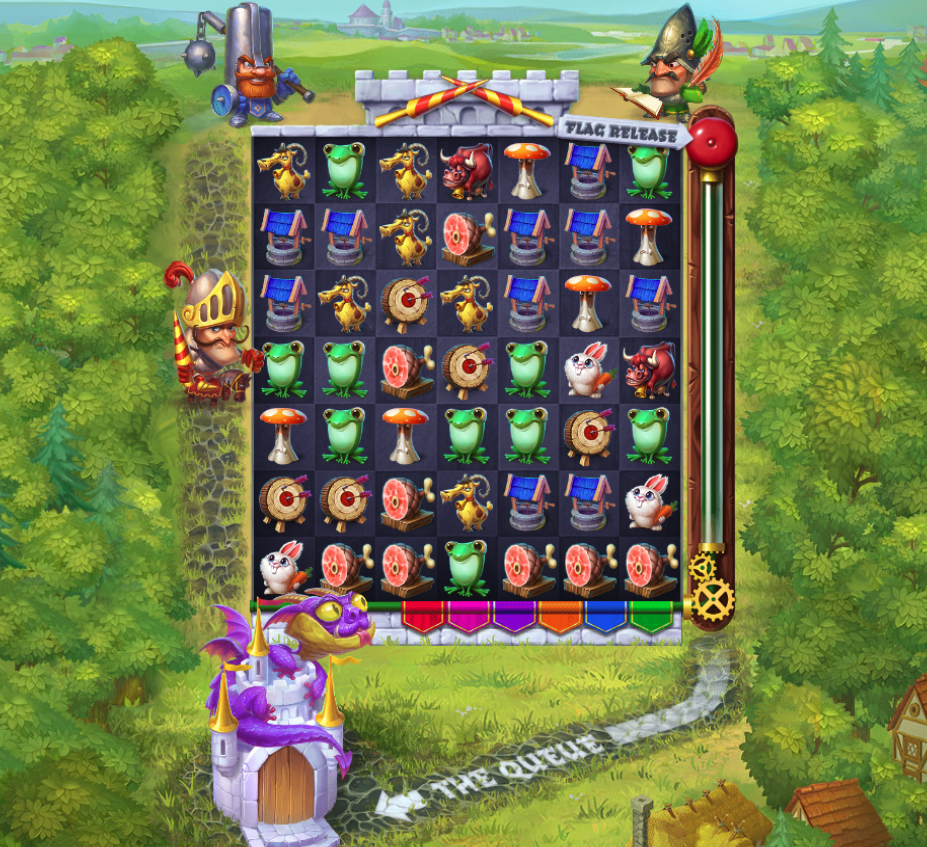 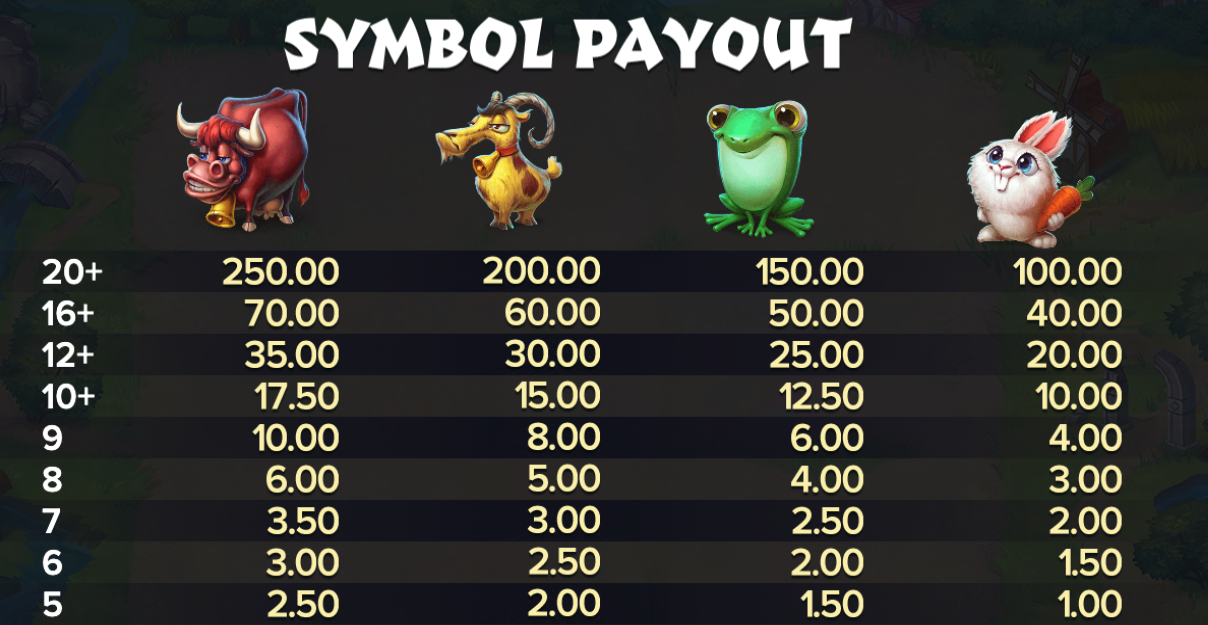 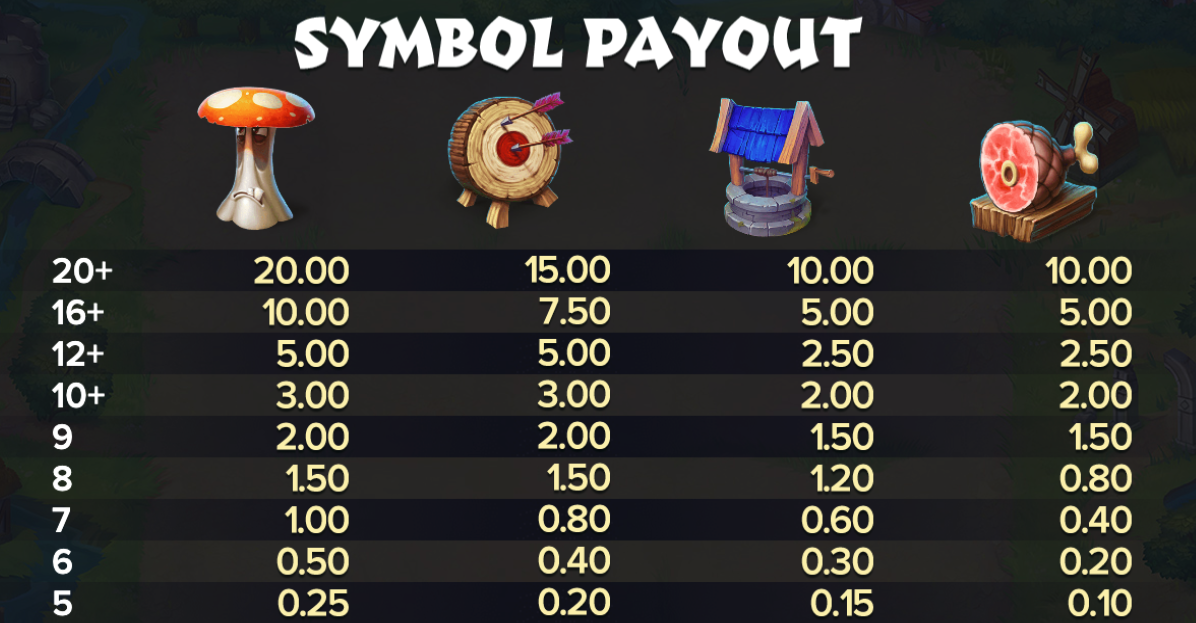 Some online slots blur the lines between arcade games and spinning reels and Micro Knights is one such diversion – it’s developed by Elk Studios and it features cute little knights who’ll do their best to chuck some wins your way in this mediaeval-themed release.

Micro Knights plays out on a 7×7 grid on the side of a castle; it’s all set in a forested area dotted with simple dwellings, bridges and rivers, not too mention the dragon perching on the turreted roof underneath the reels. The three knights lurk by the castle, ready to help out.

The aim of the gameplay is to create clusters of at least five matching symbols which will pay out and then disappear to be replaced by more falling in from above – more clusters can then be formed and this process continues until there are no more wins.

The symbols are all theme-related and include the cow, the goat, the frog, the rabbit, the toadstool, the wooden target, the well and the ham.

The gold cup is wild and it will substitute for all standard symbols to create winning matches; the crown is the bonus symbol.

Each successful combo will add to the meter on the right hand side and if you can fill this up during one spin or a succession of cascades then this feature is triggered and one of the four flags is awarded:

Landing three of the crown symbols anywhere in view will award five free drop/spins and during this round the symbols in the queue and the meter progression will remain to help out for a bit longer.

Micro Knight is a fantastic way to pass some time and it includes plenty of our favourite things – cascading reels, free spins, cute characters and base game enhancements; in our experience the Feature Flags will contribute to one another once it’s triggered which results in even more wins.