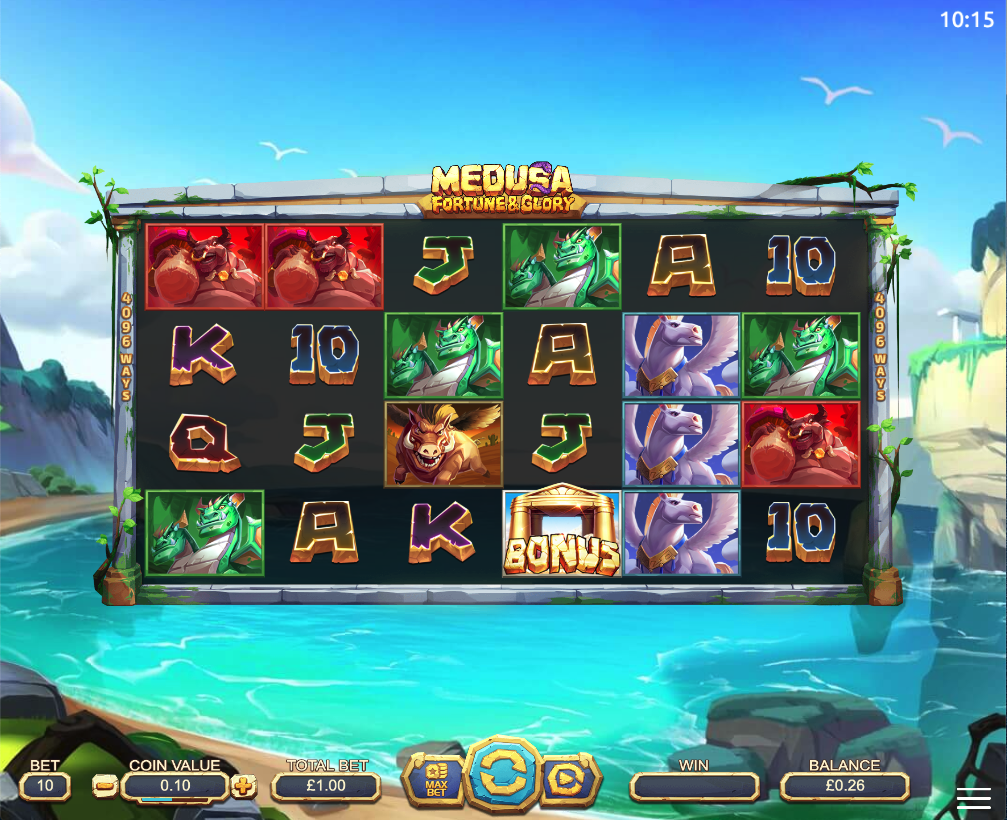 In Greek Mythology Medusa was one of the three Gorgons and blessed with snakes as hair along with the ability to turn into stone those who looked into her eyes; Medusa: Fortune & Glory is an online slot from Yggdrasil Gaming/Dreamtech Gaming which tempts players with wild features and two free spins options.

Medusa: Fortune & Glory is a six reel slot with four rows and 4096 ways to win; the scenic view of blue water and blue skies behind those reels belies the menace of the games subject matter.

The four higher value symbols include creatures from Greek mythology such as the Pegasus, the Minotaur, Chrysaor the winged boar and the Hydra; 10, J, Q, K and A make up the lower values. Medusa is wild, she appears on reels two to five and she’ll replace everything except for the Bonus symbols to help create winning combos.

This can occur every time a wild symbols lands and if the game is feeling generous each wild will spread from its starting point to up to three extra positions.

Landing at least three of the temple bonus symbols anywhere in view will let you pick from one of the following two features:

Slots featuring characters from Greek mythology are hardly new but the mark of a well-designed game is to add something new – Medusa: Fortune & Glory has two flavours of free spins and a potentially lucrative wild feature to shake things up so we’d give it the thumbs up for sure.