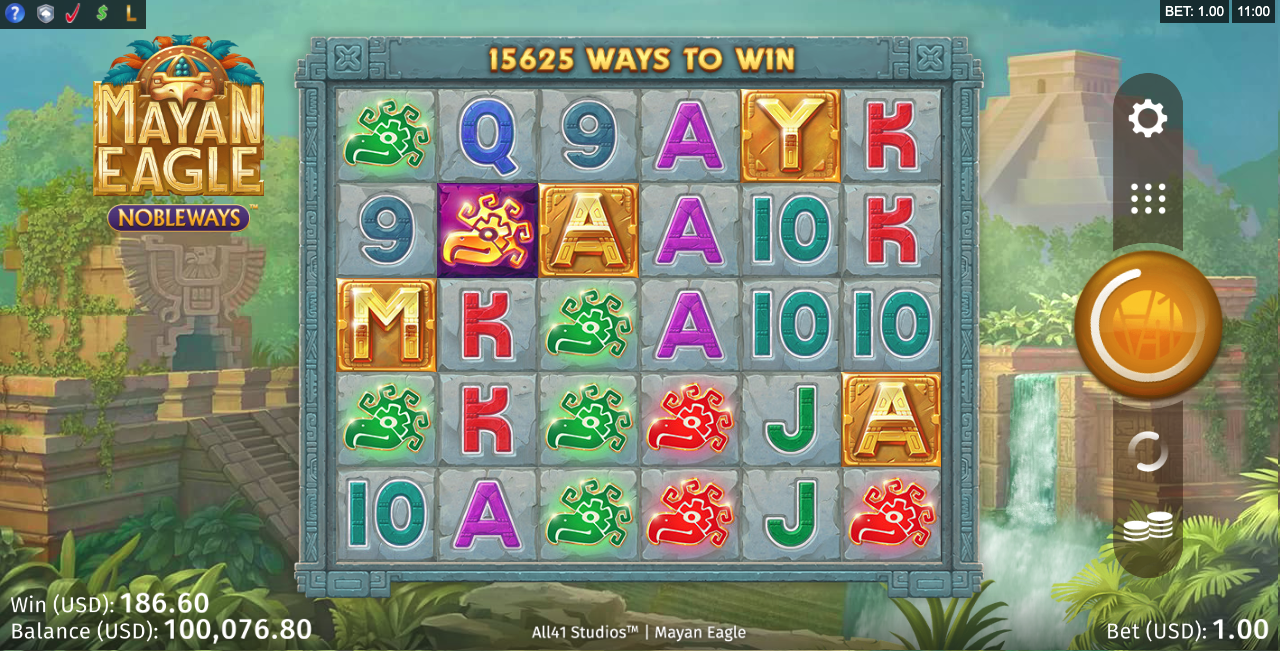 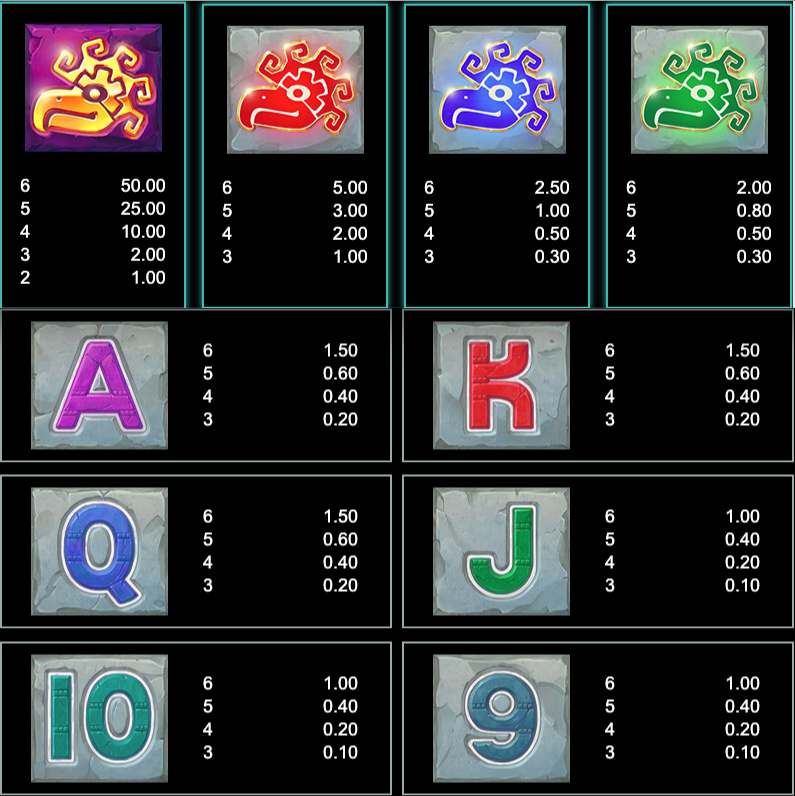 Central America and southern Mexico was once the region ruled by the Mayan civilisation before the Spanish effectively ended it in the late 17th century; this online slot from Microgaming/All41Studios is themed on that empire and it comes with Rolling Reels, mystery symbols and free spins.

Mayan Eagle is a six reel slot with five rows and 15625 ways to win which means there are no paylines and wins are formed as long as there are matching symbols on adjacent reels starting from the left hand side. Those reels spin within a stone frame floating against a backdrop of the Mayan empire at its height.

The four high values are stylised eagle heads in different colours – yellow, red, blue and green – while 9, 10, J, Q, K and A make up the lower values. The temple is wild, it appears on reels two to five and it will replace everything except for the bonus letters ‘M’, ‘A’, ‘Y’ and ‘A’.

Always one of our favourite features, this sees all symbols in winning combos disappear and be replaced by more fallin in from above – more wins can then be formed to continue the process.

The symbol shown below is the Mystery Symbol and when it lands all instances will transform into one random standard symbol to help make wins.

Landing the letters ‘M’, ‘A’, ‘Y’ and ‘A’ anywhere in view will award twelve free spins with an extra two spins for each additional latter; the round starts with a 2x multiplier for all wins but this increases by 1x with each Rolling Reel event. There’s no maximum for the multiplier. Landing four MAYA scatters during this round will award twelve more spins.

Mayan Eagle is a very enjoyable tribute to a long gone civilisation – there’s a touch of Gonzo’s Quest about it but that can only be good; Rolling Reels, free spins and Mystery Symbols – what’s not to like?