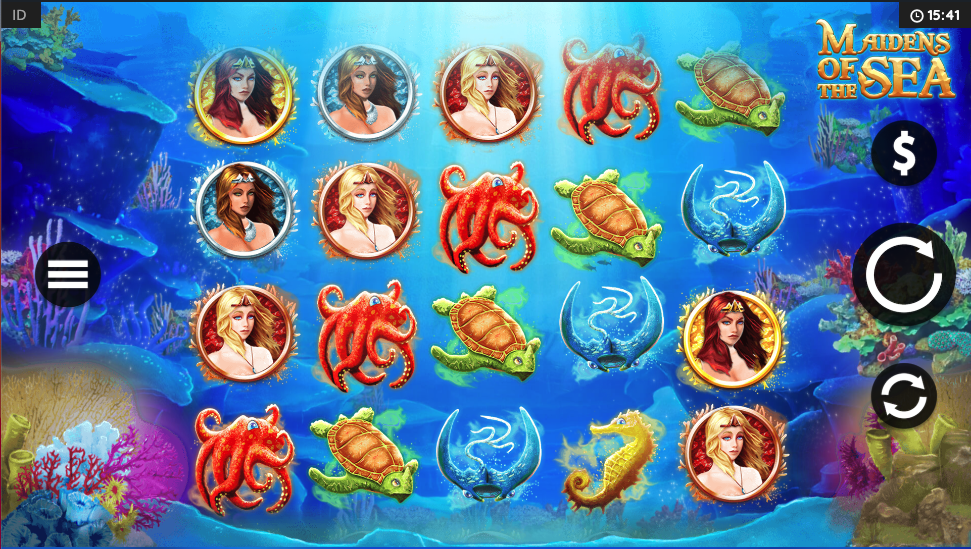 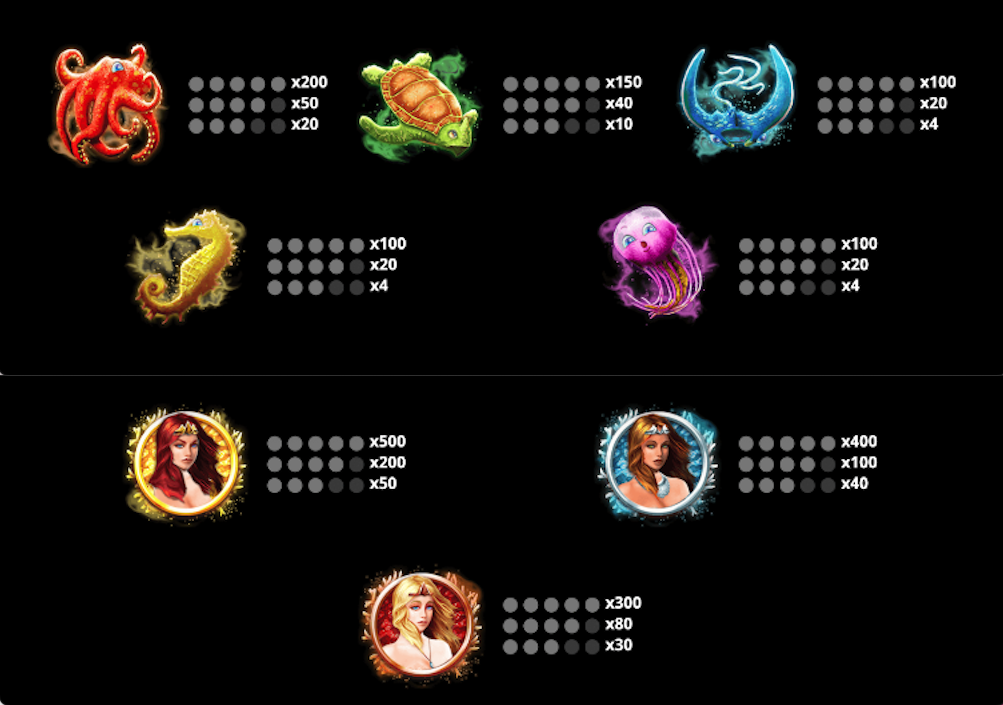 Deep beneath the ocean waves live a bunch of scantily clad mermaids and they are the Mermaids of the Sea in this online slot of the same title; it’s developed by Endemol Shine/Playzido and from £0.40 per spin those sub-aquan girls can offer the Siren’s Switch, Sunken Treasure free spins and the Wild Rush.

Maidens of the Sea is a five reel slot with four rows and forty fixed paylines; the colourful flora and fauna of this undersea home can be viewed through the transparent reels and there’s a faintly haunting soundtrack to accompany your gameplay.

The three mermaids in yellow, blue and red are the higher value symbols while octopi, turtles, jellyfish, stingrays and seahorses represent the lower values. The starfish is wild and the special symbol is the treasure chest.

Maidens of the Sea Bonus Features

During the base game and free spins mermaids will swim around and turn up to five reels completely wild.

This seems to be the most commonly-occurring feature and you’ll see one of the mermaids appear on the left hand side – she’ll then turn a random number of symbols into herself for some potentially big wins.

Your way into this feature is to land treasure chests on reels one and five after which you’ll select a mermaid and she’ll give you between five and twenty free spins. Pick ma chest also to reveal a win multiplier of 2x to 5x.

There’s no Wild Rush during this feature but the Siren’s Switch will still occur, but only with the mermaid you picked for your spins.