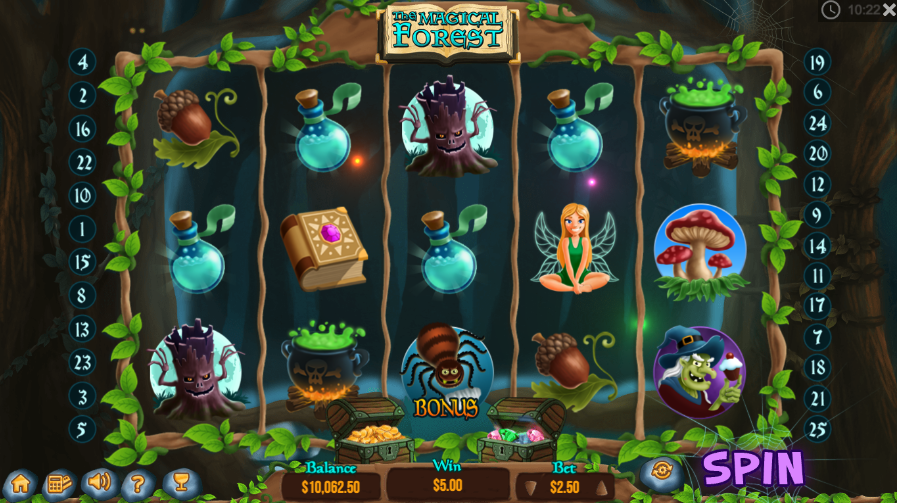 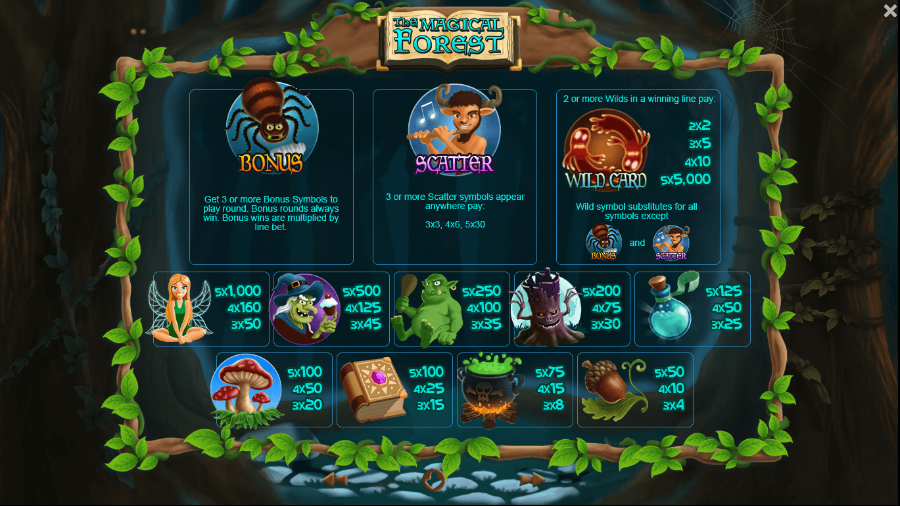 We like to think that there’s a dark piece of woodland on the outskirts of every town and village which is inhabited by the kind of mysterious creatures on show in this online slot from Pariplay. It’s called The Magical Forest and it’s teeming with legendary creatures all waiting to confer big payouts on you – read all about it below.

The Magical Forest is a five reel slot with three rows and twenty five fixed paylines; those reels spin in a frame formed from tree branches while in the background we can see the gloomy forest trees behind colourful flying orbs.

All the symbols are related to the theme and include the fairy, the witch, the troll, the animated tree, a blue potion, some mushrooms, a spell book, a bubbling cauldron and a non-magical acorn.

The wild symbol is two red ghosts circling each other and it will substitute for all others in a winning combo except the spider bonus and the pipe-playing Pan scatter icons.

This picking game is the only extra feature and it’s triggered by landing three or more of the spider bonus symbols anywhere in view; you will be taken to a second screen displaying a number of cocoons and all you have to do is select them one by one to reveal multipliers – these will be totalled and applied to your line bet.

The Magical Forest is similar in gameplay to Pariplay’s Fish & Chips and Las Cucas Locas but it’s a nice design with some cute graphics and some atmospheric music – it also comes with an RTP of 95.08%.