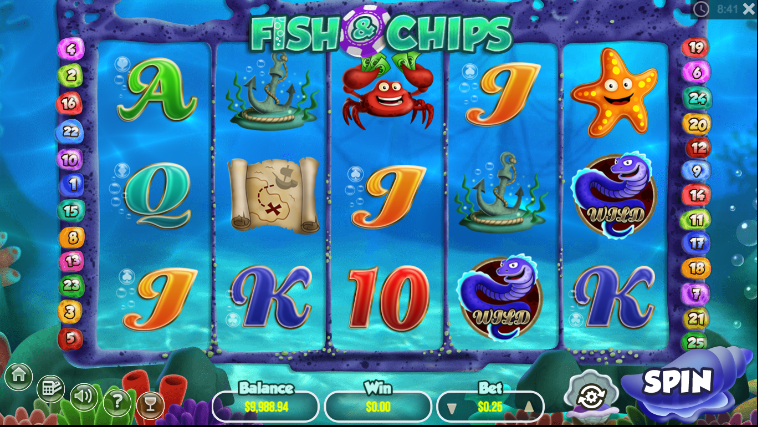 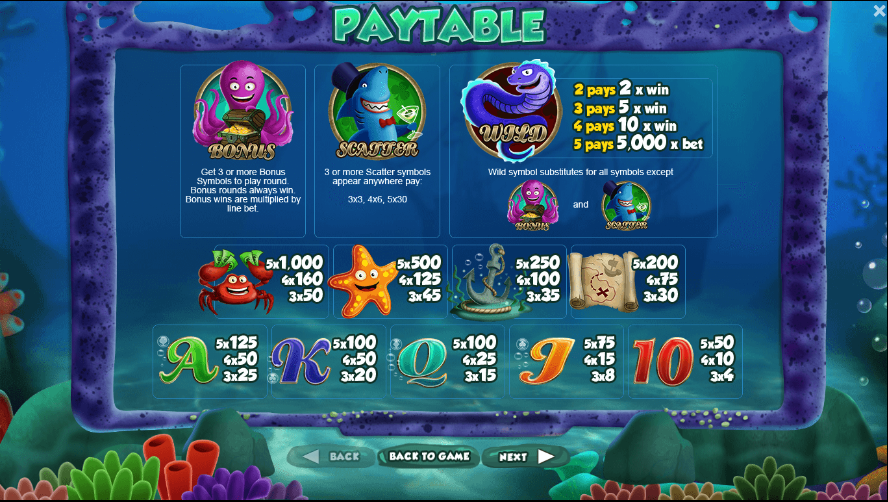 According to online slots developers the world beneath the ocean waves is a very happy one with aquatic creatures of various species cohabiting in a friendly way without eating one another; this is the world of Fish & Chips, an ocean-themed game from Pariplay which will lead you on a search for valuable pearls – read all about it below.

Fish & Chips is a five reel slot with three rows and twenty five fixed paylines; the symbols spin within coral reels through which we can see a swirling underwater world with a shipwreck just visible on the ocean floor in the distance. 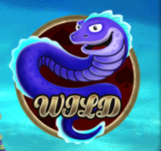 The higher value symbols are a crab brandishing some cash, a starfish, a sunken anchor and a treasure map; lower values are the standard 10, J, Q, K and A.

A blue eel is the wild symbol which will pay out a huge 5000x your line bet for five on an active payline and it will replace all others in a winning combo except the special icons – an octopus and a shark scatter.

This is triggered by landing three or more of the octopus bonus symbols anywhere in view; you will now be whisked to a second screen where six oysters are waiting to cracked open. Just open them one by one and each will award a prize multiplier – these will be totalled and applied to your line bet for a prize payout.

Fish & Chips is a very nice looking game with featuring lots of cheerful underwater creatures; it may not be for those who like more in the way of bonus games but overall it’s well worth checking out with an RTP of 95.08%.