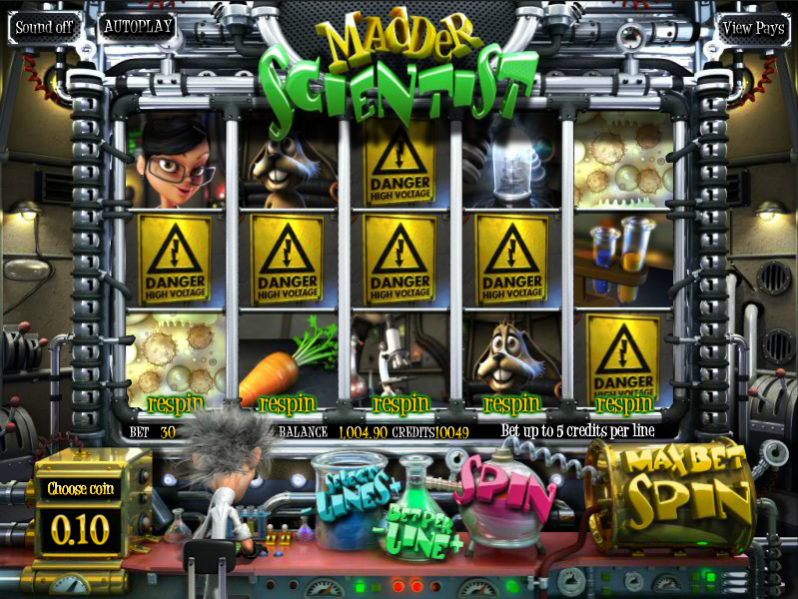 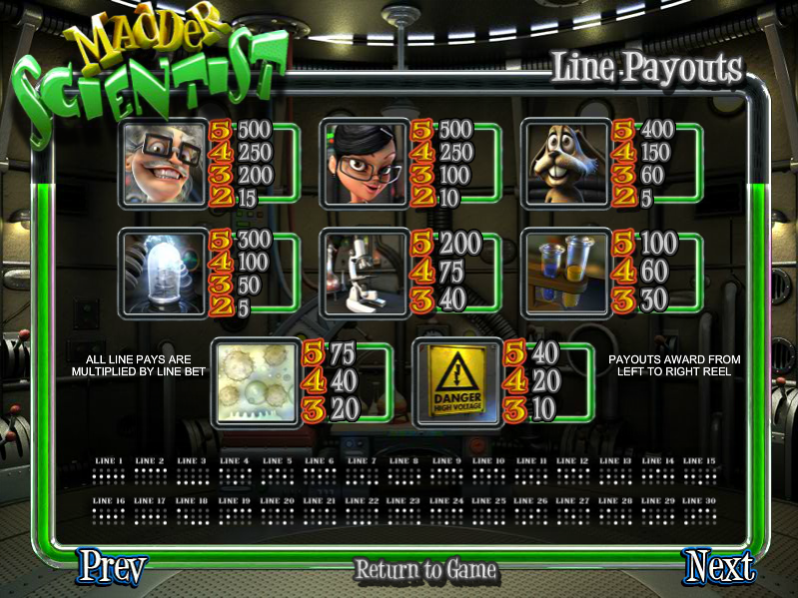 If you’ve previously played a game called Mad Scientist by Betsoft Gaming then you’ll be pleased to know that there is a sequel called Madder Scientist and it’s a continuation of the story of Dr. Walter Prescott and his attempts at alchemy. Like it’s predecessor, there are several bonus features and lots of high quality graphics and animations to enjoy – read all about it below.

Madder Scientist is a five reel slot with three rows and up to thirty paylines; the reels spin on the sides of a giant metal machine which is clearly an update of the original and in the background there are plenty of clues that this is the lab of a mad man.

The symbols are all related to the theme and include Dr. Prescott, his assistant, a dog, a lamp, a microscope, test tubes, cells and a ‘danger’ sign.

There’s no wild symbol but there are three bonus symbols – a beaker, a switch and a carrot – which each activate various extra features.

This is triggered by landing three of the beaker symbols anywhere on reels one, three and five and all you have to do is pick beakers for cash prizes or free spins until you find the ‘Collect’ message at which point the round is over.

Trigger this by landing three of the switch symbols anywhere in view; one reel will now become completely wild and freeze in place for the determined number of respin.

Three carrots anywhere in view will trigger this mini-game and you will be asked to select ingredients to test on the carrot in return for cash prizes.

After any base game spin you can opt to spin any single reel again in the hope of landing a win; this will cost you extra money proportionate to your chances of winning and the size of that prize.

Madder Scientist is a bigger, better version of the original and well worth trying out; we like the various bonus features and the Reel Respin feature but don’t be too tempted to spend too much on the latter.