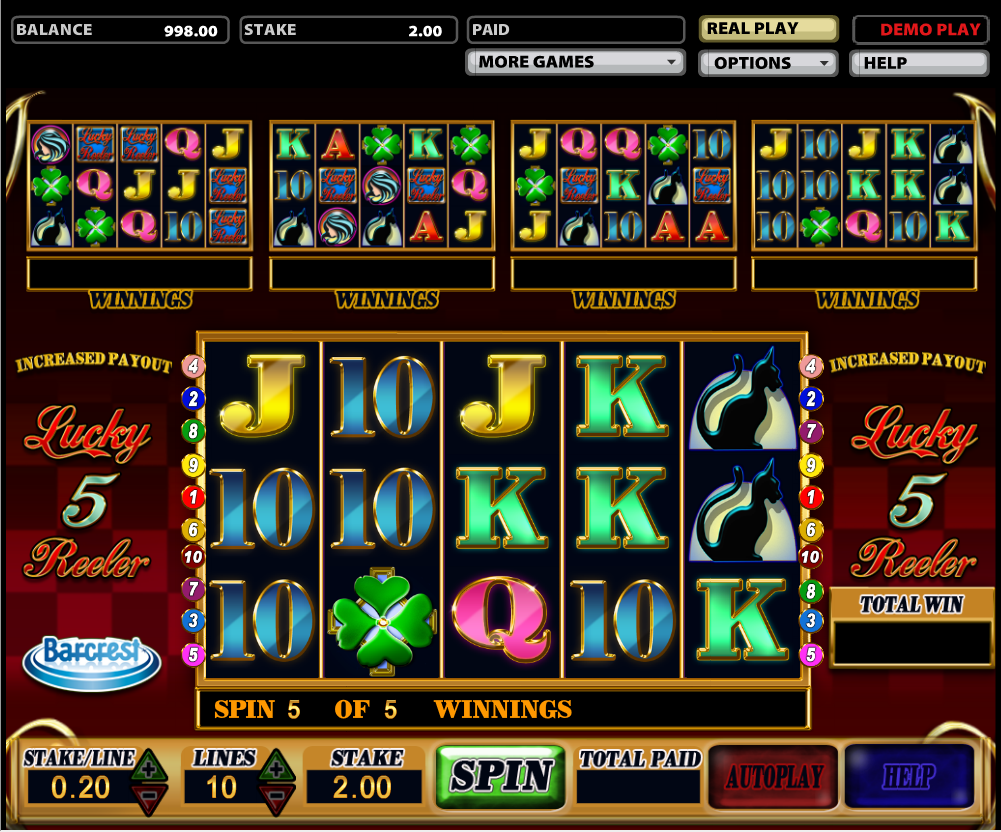 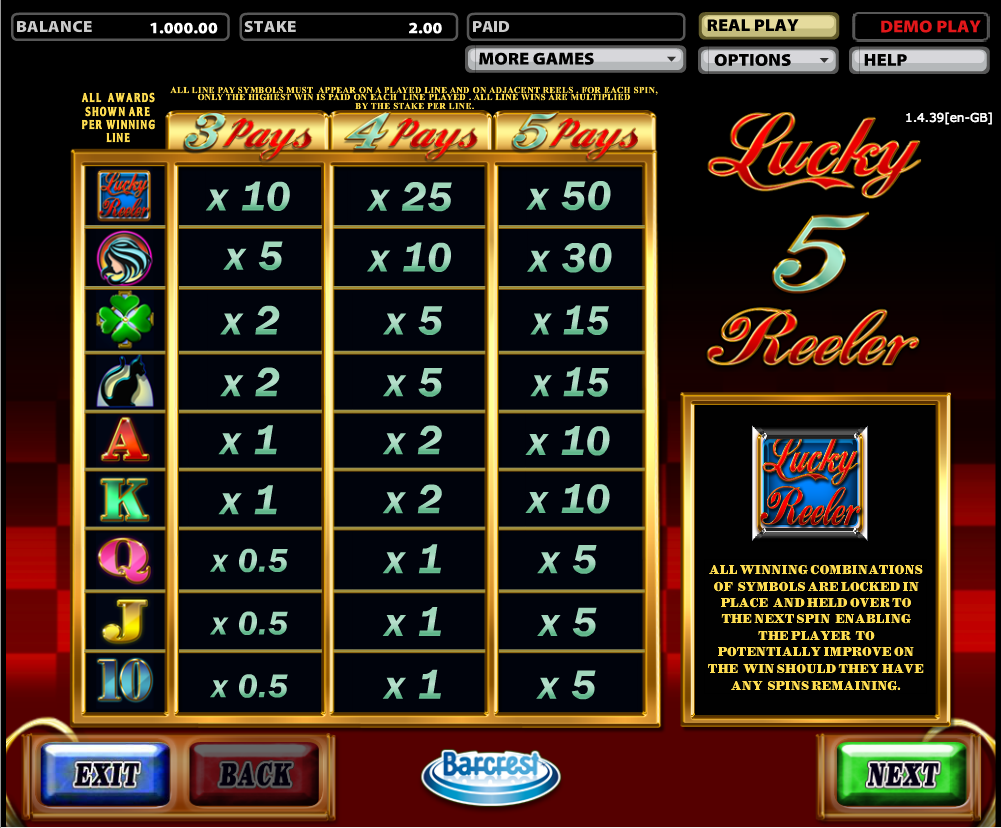 If you’re hankering after something a little different today then we may have the answer; Lucky 5 Reeler is the name of this online slot and it’s from Barcrest, developer of classics such as Barkin’ Mad and Ooh Aah Dracula. There’s no particular theme here, it’s a traditional affair but with an interesting twist which can be quite addictive – read the full review below for more details.

Lucky 5 Reeler is a five reel slot with three rows and a choice of either five or ten paylines; there’s lots of gold trim on show but the most noticeable aspect is the four extra reel sets above the main one. The game revolves around these sets and this is explained in more detail below.

The higher value symbols include the game’s logo and three lucky icons – a dark-haired girl, a black cat and four leafed clover. 10, J, Q, K and A make up the lower values. There are no special symbols such as wilds or scatters here.

As we’ve already said Lucky 5 Reeler is based around all five reels and each paid spin gives you five spins of those reels. Once a spin is complete it moves off to fill up one of the positions above the reels.

The good bit is that each time you land a winning combination those symbols involved are locked in place on the main reel set. On the next spin the same win will be paid again and there’s a chance that more matching symbols will add to that combo, increasing it’s value. The winnings from each spin are noted underneath the upper boxes and totalled when all five spins are complete.

Check out the video above for an example of the gameplay.

It’s a simple concept but an enjoyable slot which can prove very addictive to watch; we only made a profit during our testing but perhaps that was just a lucky streak. There’s a funky jazz-style soundtrack to keep you company.