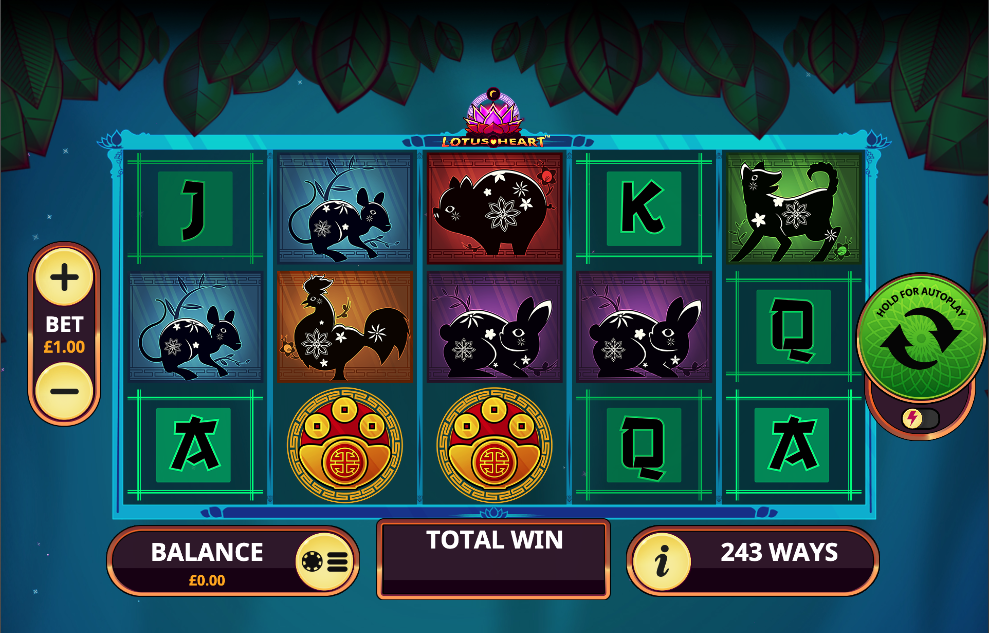 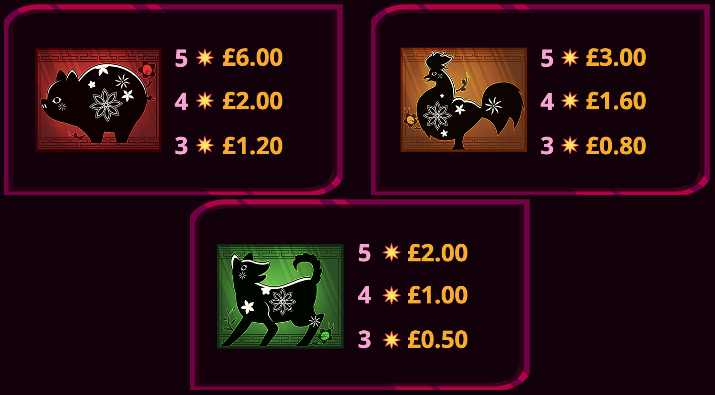 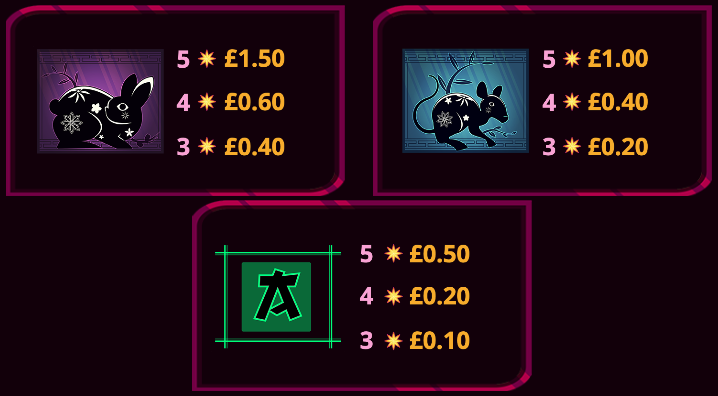 There’s a hint of the oriental about this stylish online slot machine from Playtech and it comes with the charming name of Lotus Heart; this game will draw you in with its atmospheric gameplay and keep you here with the clever features and bonuses – find out they work below.

Lotus Heart is a five reel slot with three rows and two hundred and forty three ways to win; there’s an enchanting soundtrack to the gameplay which takes place on light blue reels floating against the trees and the sky behind.

Silhouetted animals represent the higher value symbols and they are pigs, cockerells, dogs, rabbits and mice; J, Q, K and A make up the lower values.

The purple lotus flower is wild, it appears only on reels two, three and four and it will substitute for all standard symbols to help form winning combinations – it will also expand to cover all positions on its reel when it lands; the golden paw print is the scatter symbol.

Landing three of the golden paw print scatter symbols on reels two, three and four will award an initial five free spins but there’s more to this round than that – three Koi will now fly around the reels, changing symbols into various things when they land:

There’s no scatter symbol in play during this round so it can’t be retriggered.

Lotus Heart is one of the most engaging Playtech slots we’ve played in a while and it combines some enchanting gameplay with a clever and intricate bonus feature to create something really special – highly recommended!