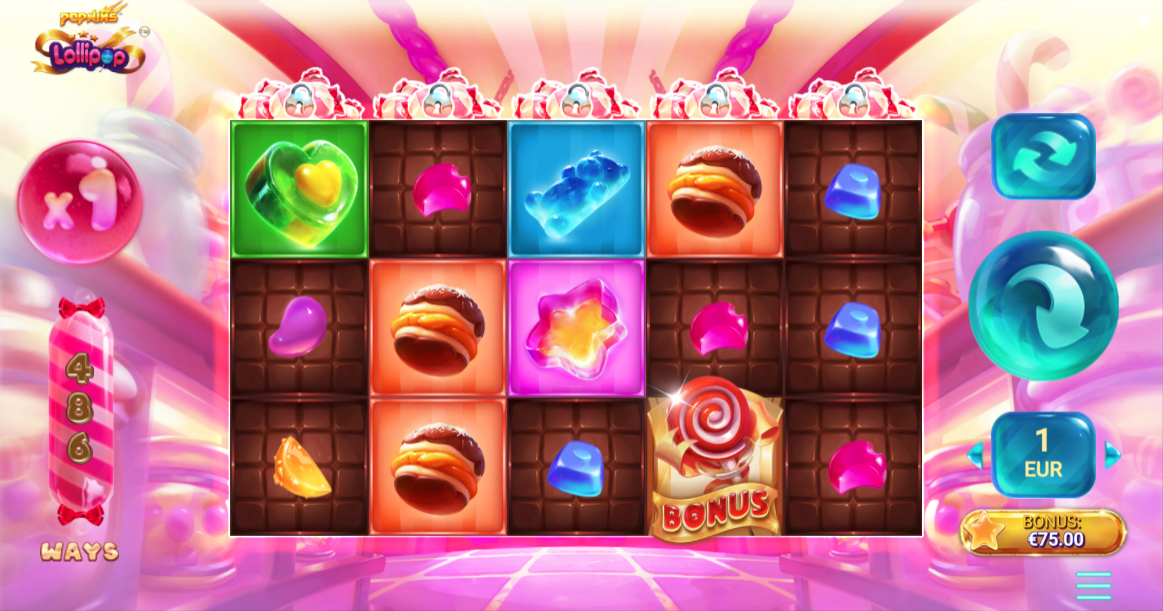 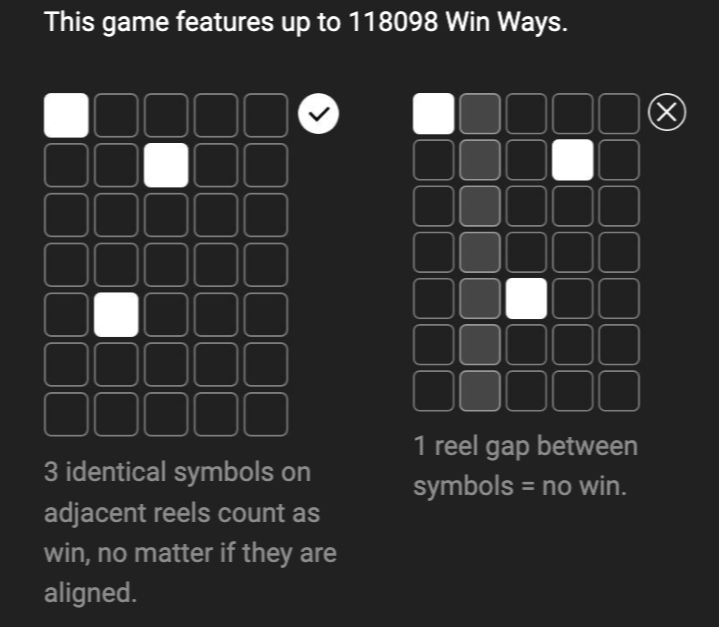 Candy in its various tasty forms is the theme of this online slot from Yggdrasil Gaming which also comes with their clever Popwins gameplay mechanic – it’s called Lollipop and its colourful exterior hides paylines which win in both directions, free spins and up to 118,098 ways to win.

Lollipop is a five reel slot with 486 ways to win initially and it all takes place in one of those candy-themed landscapes where giant sweets, strawberry laces and lollipops set the scene.

The high value symbols include lollies, green and pink boiled sweets, candy burgers and cakes and blue gummy bears; more basic sweets in various shapes make up the lower values. There’s no wild here but the special symbols is the bonus lolly.

For the uninitiated this slot uses the Popwins gameplay mechanic in which any symbol involved in a winning combo splits into two on its reel, increasing the reel height (to a maximum of five in the base game) and the number of paylines. New wins can then be formed to continue the process which ends when there are no more wins.

A reel increasing in height becomes ‘unlocked’ with the first one increasing the win multiplier to 2x – each subsequent unlock increases it by 1x with the multipliers shown above the reels. When the Popwins sequence is over the final win is subject to the total multiplier acquired.

This is triggered by landing at least three bonus lollies anywhere in view and this is really a respin feature in which you start with three lives and these are reset by collecting the correct symbols. There are seven new candies available during this round and a heart – your task is to collect the required number of these candies or land hearts which will award extra lives and increase the reel height to a maximum of seven rows. Any symbols who’s collections are complete will be ungraded and they’ll lock in place.

Depending on your geographic location you may be able to buy straight into this feature for 75x the stake and once it’s triggered there’s also an option to gamble it for more initial lives and higher starting reels.