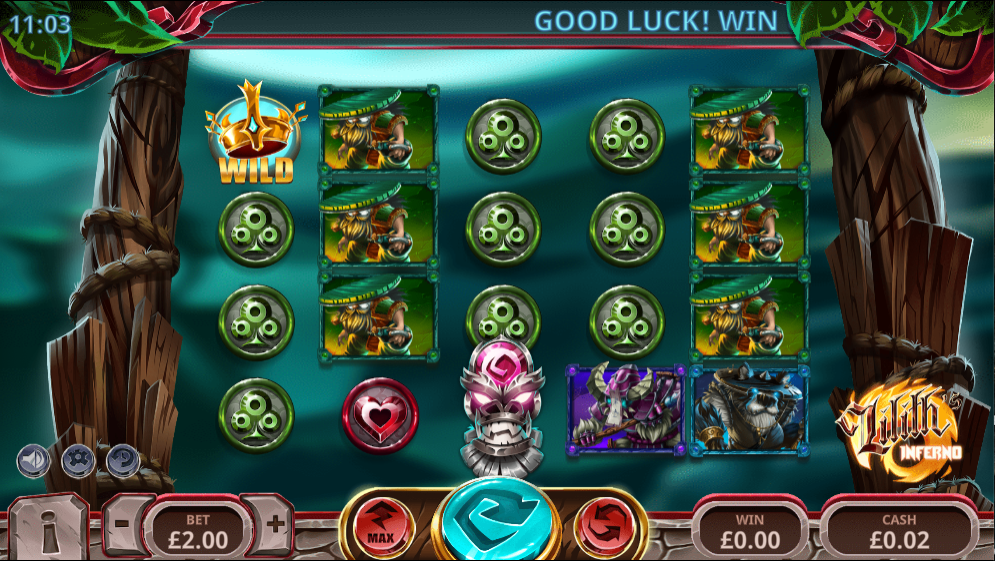 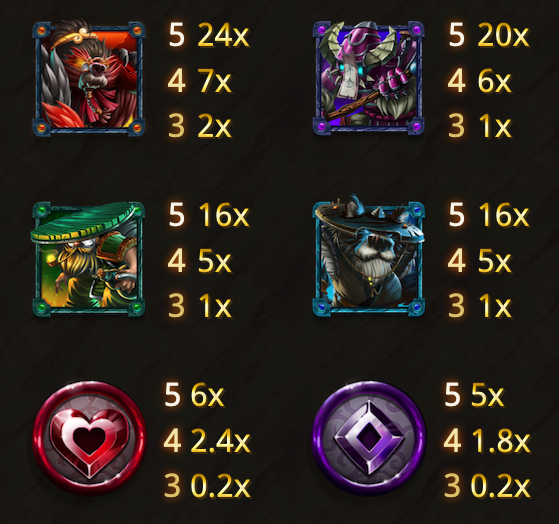 Direct from Jewish mythology, Lilith was a baby-stealing demon of the night and so it’s entirely appropriate that she should have an online slot machine all to herself – it’s called Lilith’s Inferno and it offers players free spins, multipiers and a fight with monsters in this fantasy zone.

The four higher value symbols are four scary-looking boss characters from this story defined by their colours – red, purple, green and blue – while playing card symbols in similar colours represent the lower values.

The golden crown is wild and it will replace all standard symbols to help form winning combos; the mask with glowing eyes is the scatter symbol.

Landing three, four or five of the scatter symbols will award the following number of spins:

The fun really starts during this round if if you can land two of the fiery mask symbols anywhere on the reels because this kicks off one of the boss battles; follow the ‘click’ instructions to battle the boss and if you win he will become wild for the rest of the round and award two extra spins.

Also watch out for the gorilla scatter symbol on reel five during the free spins – once you’ve collected three you’ll receive four extra spins or if you finish the round with one or two they’ll be added back onto the reels as wilds in random positions on the final spin.

Lilith’s Inferno is another excellent slots outing from Yggdrasil Gaming with the most excitement and biggest wins coming in the free spins round; it’s also one of the most unusual themes we’ve seen!