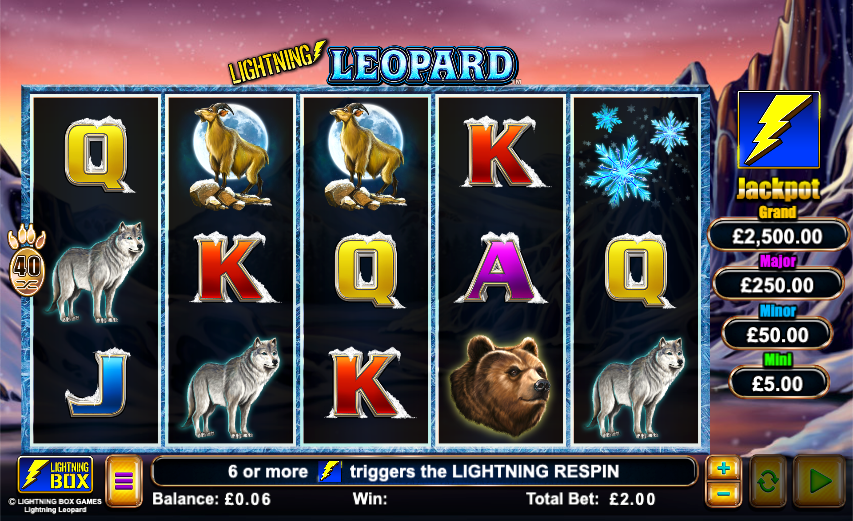 If you’ve previously enjoyed Lightning Horseman  from Lightning Box Games then you’ll no doubt be pleased to hear about Lightning Leopard, an online slot from the same developer with similar features but this time themed on wild animals – read all about it below.

Lightning Leopard is a five reel slot with three rows and forty fixed paylines; a chilly backdrop with sunset skies and snowy mountains sets the scene here and to the right of those reels you can see the list of jackpot prizes.

The theme related symbols include the girl, a bear, a wolf, a mountain goat while J, Q, K and A represent the lower values.

The leopard is of course wild and he will substitute for all other standard symbols to help form winning combos; the yellow lightning bolt is the scatter symbol and key to the main feature.

The Grand, Major, Minor and Mini jackpot prizes are found randomly under a lightning bolt when the Lightning Respin or Flippin’ Retrigger pays out. A larger initial stake offers a better chance of winning one of these prizes.

Lightning Leopard is essentially the same game as Lightning Horseman with a different theme but there’s nothing wrong with that if you’ve previously enjoyed that one; hitting the feature is where the big prizes are!