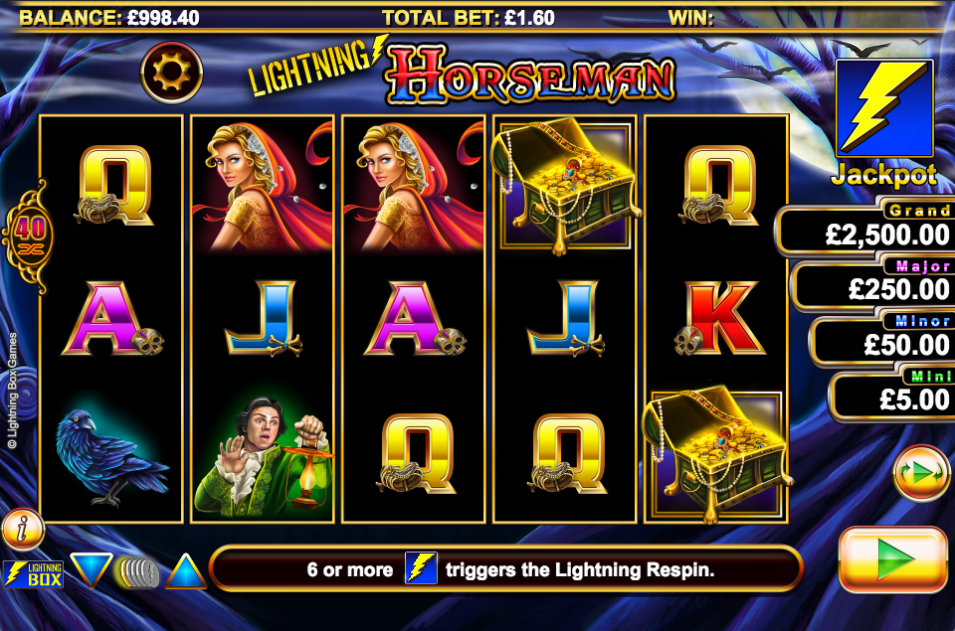 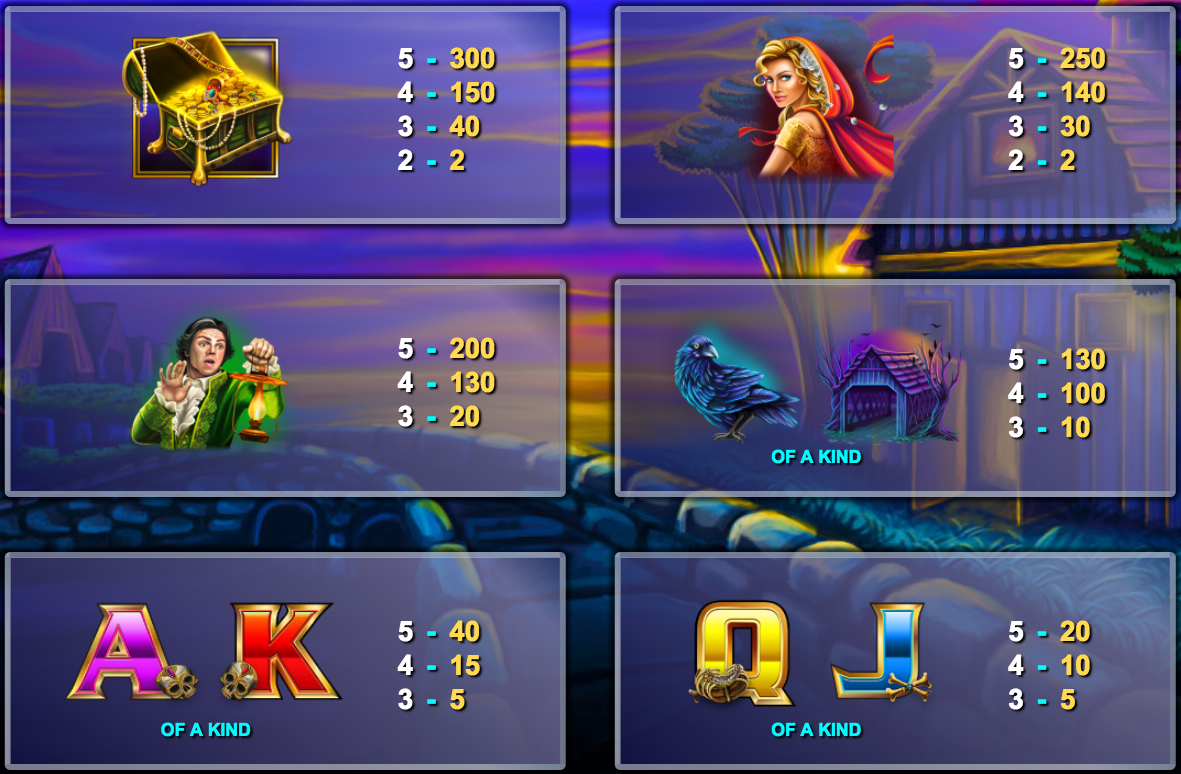 Let us introduce you to an online slot machine which looks as if it owes a small debt to The Legend of Sleepy Hollow – it’s called Lightning Horseman, its developed by Lightning Box Games and it comes with a clever feature and four jackpot prizes.

Lightning Horseman is a five reel slot with three rows and forty fixed paylines; behind those gold-rimmed reels there’s a spooky nighttime scene of bats, wispy mist, a full moon and some large, dead trees.

The higher value symbols include a chest full of treasure, a blonds lady, a chap with a lamp, a crow and a covered bridge; J, Q, K and A represent the lower values.

The horseman is wild and he will substitute for all others to help form winning combinations except for the lightning bolt scatter symbol.

This is triggered by landing at least six of the lightning bolt scatter symbols anywhere in view and you’ll start this feature with just three free spins; all lightning bolts will remain in place and each time a new one lands the number of spins will be reset back to three again.

Once there are no more lightning bolts, all those on the reels will flip over to reveal a prize; if you’re lucky enough to land bolts on all positions then all those symbols will flip over a second time to award a prize! This is the Flippin’ Retrigger – happy days!.

The jackpot prizes shown to the right of the reels may be awarded randomly after a Lightning Respin flip or the Flippin’ Retrigger; it’s possible to win the Mini, Minor and Major jackpots more than once within the feature but not the Grand prize.

Lightning Horseman is a very playable slot with an engaging atmosphere and a clever bonus feature which offers the potential to win some big jackpot prizes for the luckier players; the jackpots are static whatever your stake but you’ll have a better chance of grabbing one if your stakes are higher. The RTP for this game is 95.52%.