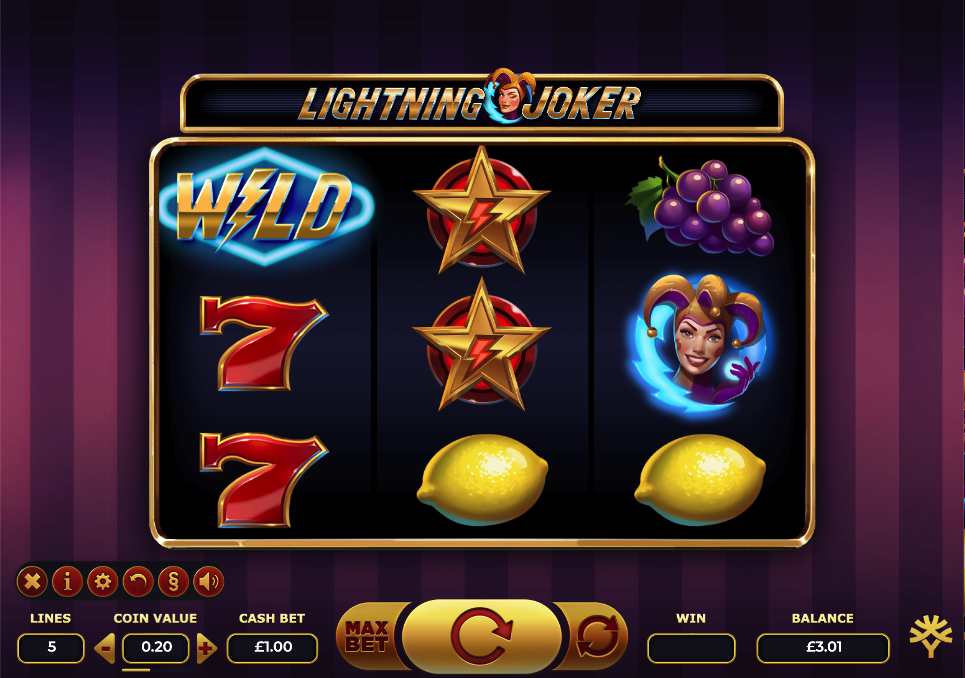 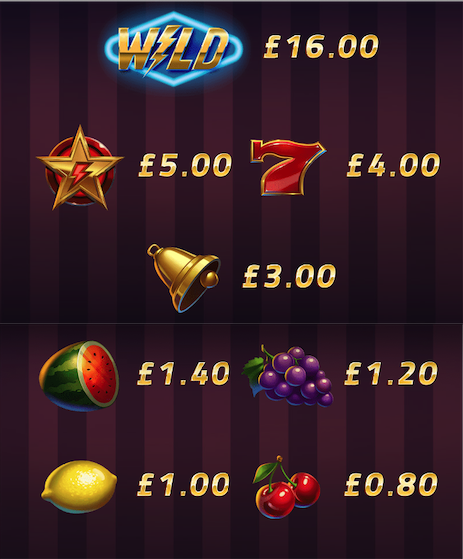 If you’ve been trying to find an online slot which combines the simplicity of a three reel game with several bonus features then Lightning Joker may be the answer – it’s developed by Yggdrasil Gaming and it comes with Rapid Respins, Mystery Wins and the Multiplier Strike!

Lightning Joker is a three reel slot with three rows and five fixed paylines; a tidy gold frame surrounds those reels which sit against a backdrop of two tone, purple wallpaper.

High value symbols include the golden star with the lightning bolt, the gleaming red seven and the golden bell; low value fruit includes watermelons, bunches of grapes, lemons and cherries. The wild is a gold ‘Wild’ which will replace all other symbols except the scattered joker to help form winning combinations. This wild and all other symbols can appear stacked on the reels.

Trigger this bonus by landing two reels full of the same symbol (or wild substitutes) and the remaining reel will now respin to try and create a big win for you.

If you can go one better then the Rapid Respins and fill all positions with the same symbol or wilds then you’ll receive a win multiplier of 2x, 3x, 5x or 10x.

This is where the joker symbol comes in handy for the following wins:

When a three reel slot comes with as many features as a five reeler then you know it’s a good one, especially in the high quality hands of Yggdrasil; there are no downsides here and a lofty upside in the potential of 10,000 coin win.