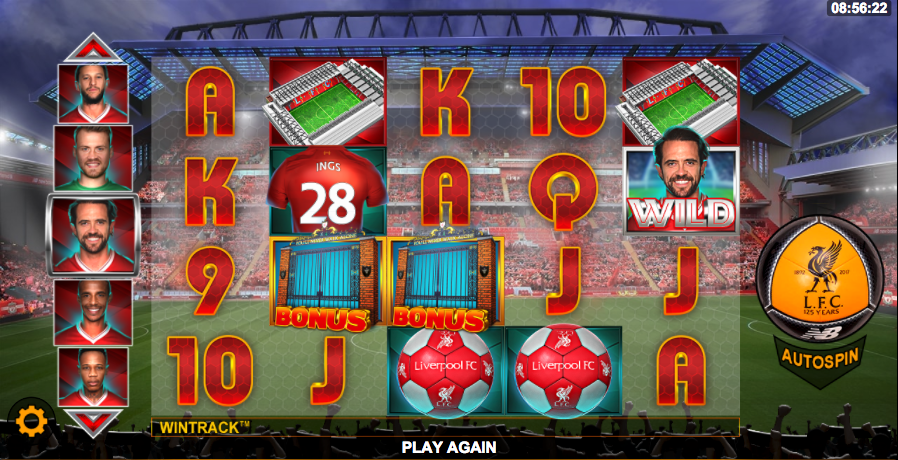 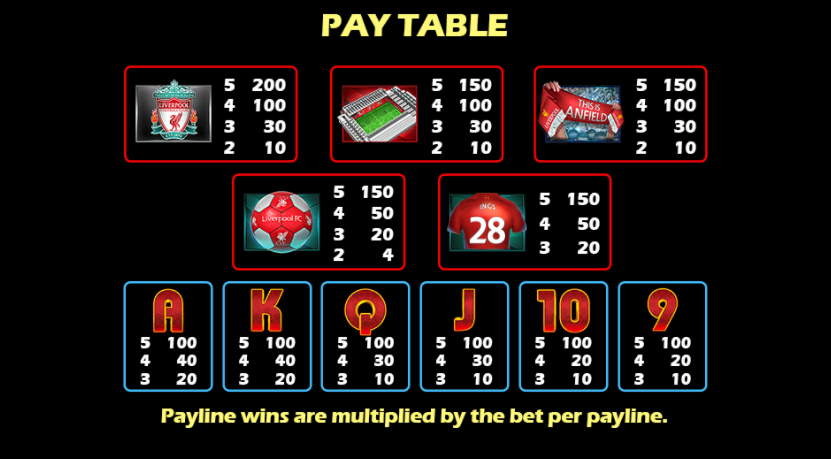 Not many Premier League teams can boast of an online slot dedicated to their club but as of early 2018 Liverpool FC can claim at least two (one more here); this one’s called LFC. it’s developed by Aspect Gaming and you get to pick your favourite player to act as the wild symbol.

LFC is a five reel slot with four rows and fifty fixed paylines; through those transparent reels there’s a view of one of Anfield under a dark sky and to the left are the players awaiting selection as the wild – just click the ‘up’ or ‘down’ arrows to scroll through ten outfield players.

The high value symbols are all related to the theme and include the Liverpool FC badge, an aerial view of Anfield, a scarf, a ball and Joel Matip’s shirt; 9, 10, J, Q, K and A make up the lower values.

Whichever player you’ve picked as the wild will only appear on reels two to five but he’ll substitute for all others to help form winning combos except for the Anfield gate scatter symbol.

This is triggered by landing three of the Anfield gate scatter symbols anywhere on reels one, two and three; you’ll be awarded ten free spins initially but five more are available by landing the scatters on the first three reels one more time.

The good news during this feature is that any wild symbols which land will freeze in place and remain there until the round ends – this can obviously be quite valuable if you can land plenty of wilds.

LFC is a reasonably basic slot but it has plenty of entertainment value, especially for Liverpool fans; it occurs to us that this game could be occasionally updated with new player line-ups to keep it fresh. Anyway, it’s good fun and comes with an RTP of 94.24%.