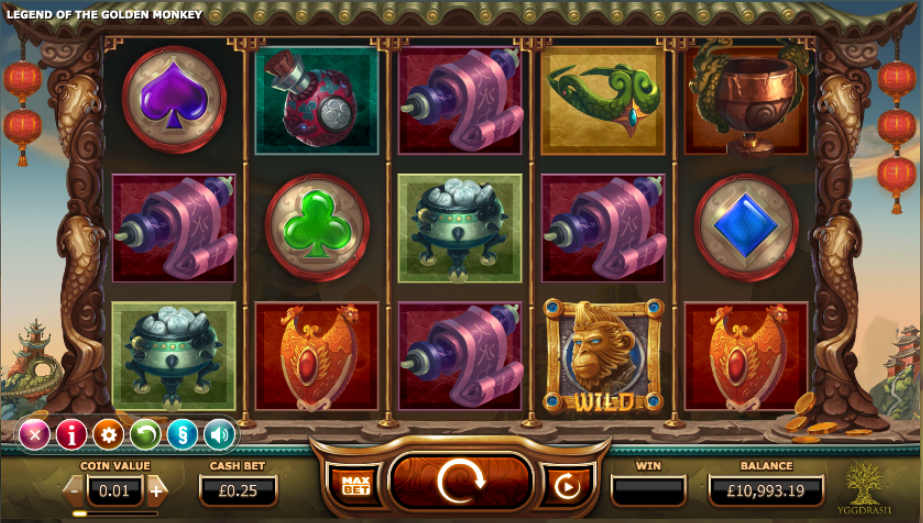 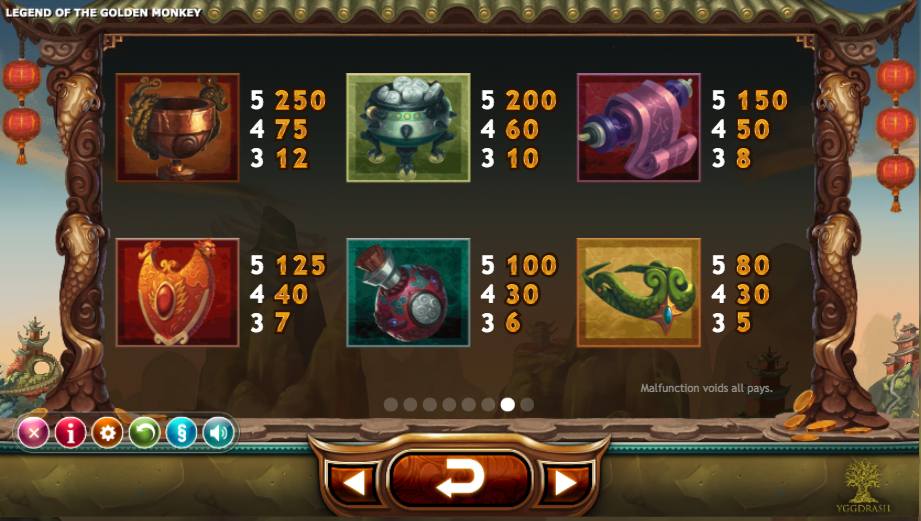 It’s back once more to the mysterious Orient right now as we check out this online slot from Yggdrasil Gaming; it’s called Legend of the Golden Monkey and it’s a fantasy-themed game with some sumptuous graphics and several bonus features.

Legend of the Golden Monkey is a five reel slot with three rows and an ‘all ways’ payline structure which means that wins can be formed anywhere on the reels as long as there are at least three adjacent.

The high value symbols include a couple of pots, a roll of parchment, a shield, a corked beaker and a tiara; hearts, spades, clubs and diamonds represent the lower values.

There are two wild symbols in this game, the sticky wild and the count down wild and they are explained in more detail below; they will substitute for all others except for the treasure chests and the Free Spins bonus symbols.

The two wild symbols active in this game are as follows:

This occurs randomly and the monkey will emerge onto the bottom of the screen to change one symbol into another and a potential win.

The treasure chest only appears on reel five but when it does it will award up to 1000 coins or trigger the free spins mode; during the free spins it will add two extra spins to your total.

This is triggered by landing three or more of the Free Spins scatter symbols anywhere in view and you now get the chance to select one of three free spins modes:

Legend of the Golden Monkey is a superb slot and the type of high quality game which makes you want to keep coming back for more; the features occur regularly and this is a highly recommended release. It comes with an RTP of 96.10%.