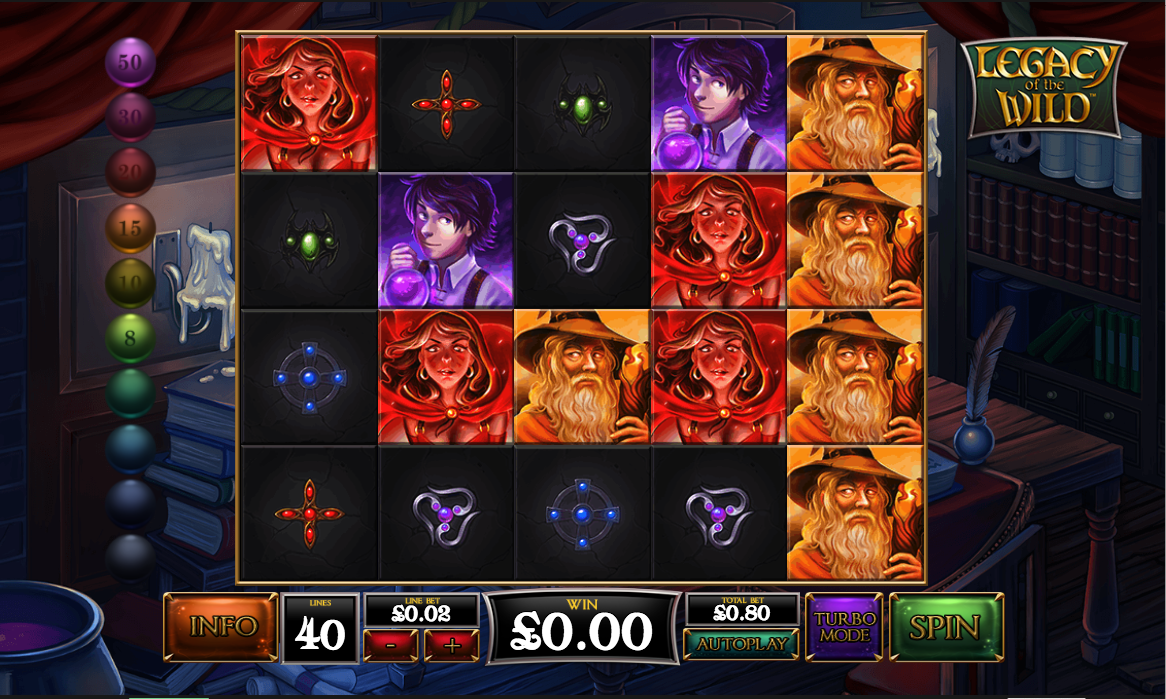 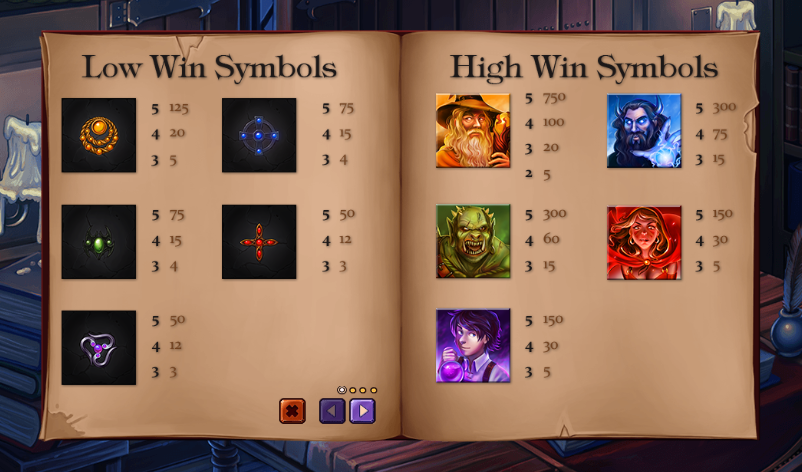 It’s time now to delve into a land of fantasy where wizards, spells and magic are the order of the day; we are talking about Legacy of the Wild, an online slot machine from Playtech which offers cascading reels and several bonus features for us to enjoy.

Legacy of the Wild is a five reel slot with four rows and forty fixed paylines; the neat reels sit against a backdrop of a candlelit room filled with the paraphernalia of a earlier time when magical powers ruled the roost.

The higher value symbols include the wizard, a chap with horns, a green ogre and younger male and female characters; the lower values comprise five ornamental shapes of varying colours – orange, blue, green, red and purple.

The wild symbol is the Book of Wilds and it will replace all others to help form matching combinations; it also has further effects during gameplay and these are explained in more detail below.

The gameplay revolves around collapsing reels which means that the symbols involved in winning combo will disappear and be replaced by more falling in from above. Those new symbols can create new combos and this process continues until there are no new wins.

As the collapsing reels progress, each wild symbol which lands will open a new page, effectively adding an extra wild position connected to the first one until by the fifth wave there is a large wild shaped like a cross.

You may have already noted that there are a succession of crystal balls to the left of the reels and each reel collapse (or wave) will light up one of those balls; when you reach the fifth ball the free spins will be triggered and each new wave will add more spins as follows:

During the free spins the wild symbol will be larger and appear in the shape of a cross to add some extra winning potential.

Legacy of the Wild is a really entertaining slot with some charming graphics and lots of creative bonus features; we always like a collapsing reels feature and this game just adds to that bonus with various other extras – it comes with an RTP of 96.06%.