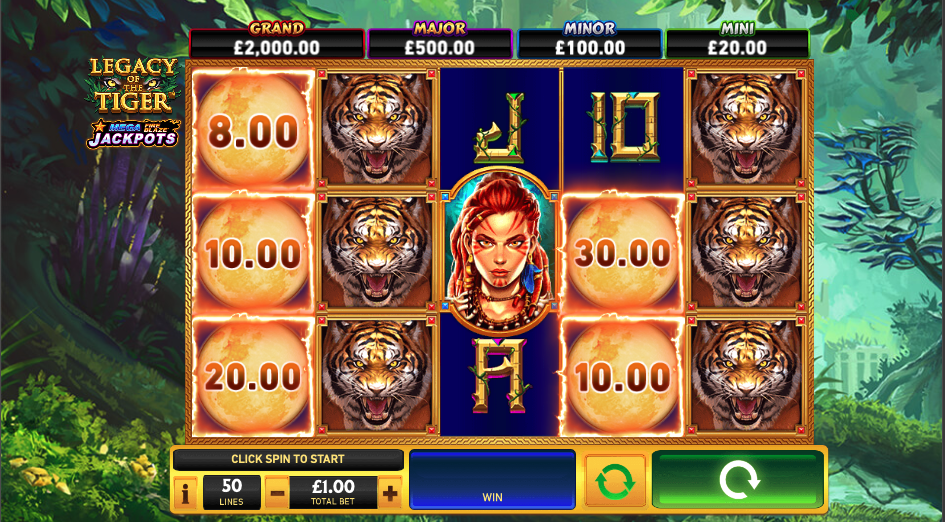 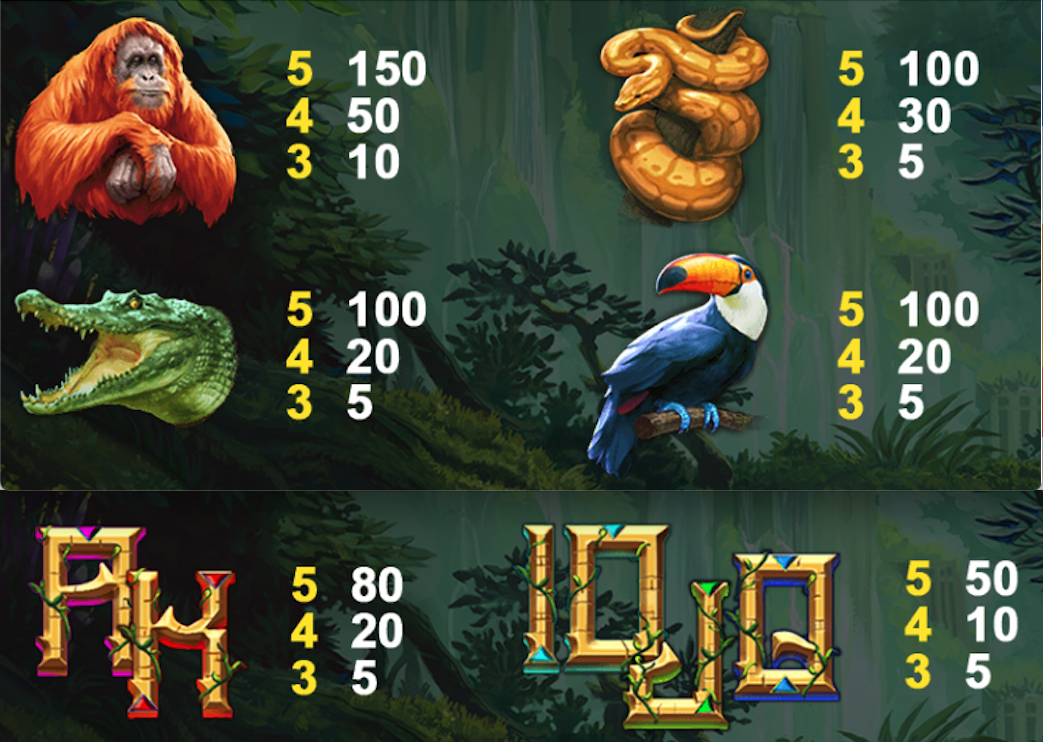 Wild animals and ancient civilisations are the inspiration behind this online slot from Playtech – it’s called Legacy of the Tiger and it’s part of the Fire Blaze jackpot series which offers players a 2000x top prize plus a chance to win free spins from £0.10 per spin.

Legacy of the Tiger is a five reel slot with three rows and fifty fixed paylines; the steamy jungle in the background creates the tropical atmosphere and we can just about make out ruined buildings before they are reclaimed by the encroaching undergrowth.

Animals in the shape of orang-utans, snakes, alligators and toucans represent the higher value symbols while vine-covered 10, J, Q, K and A make up the lower values; the tiger is of course wild while the red-haired girl and the moons are the special symbols.

Legacy Of The Tiger Bonus Features

This is triggered by landing at least six of the moon symbols anywhere in view and the initial award is three respins with each moon displaying a cash prize or a star and locking in place; each extra moon which lands will also lock and reset the spins to three again.

Moons can also land with a key attached and two of these will increase the number of rows in play by one; if you can add the seventh or eighth row then any locked moons on those rows will have their values multiplied by 2x and 5x. Moons locked on the ninth row change into jackpot stars.

When the round ends you’ll receive the prize values shown on the coins unless all positions are filled with coins in which case the Grand Prize of 2000x the stake is awarded. The stars will transform into either Major, Mini or Minor and those jackpot prizes will be awarded also.

Landing at least three of the girl scatter symbols anywhere in view will award an initial eight free spins which can be retriggered during the round in the same manner.

Reel three contains only wild and moon symbols for the potential of bigger wins and a better chance of triggering the Fire Blaze Respins.

Fire Blaze slots are designed to a certain template with very similar bonus features so you certainly know what you’re getting when you spin the reels; they are entertaining enough though and this one benefits from a decent RTP of 96.59%

Legacy Of The Tiger FAQs

Legacy of the Tiger is an animal-themed five reel slot with three rows and fifty paylines.

Yes! The free spins round and the Fire Blaze jackpot feature.

The Return To Player percentage for Buccaneer Bells is 96.59%.

How To Win On Legacy Of The Tiger?

Land at least three matching symbols or wilds on an active payline starting from the left hand side; trigger the free spins or Fire Blaze Respins.

Where can I play Legacy Of The Tiger then?