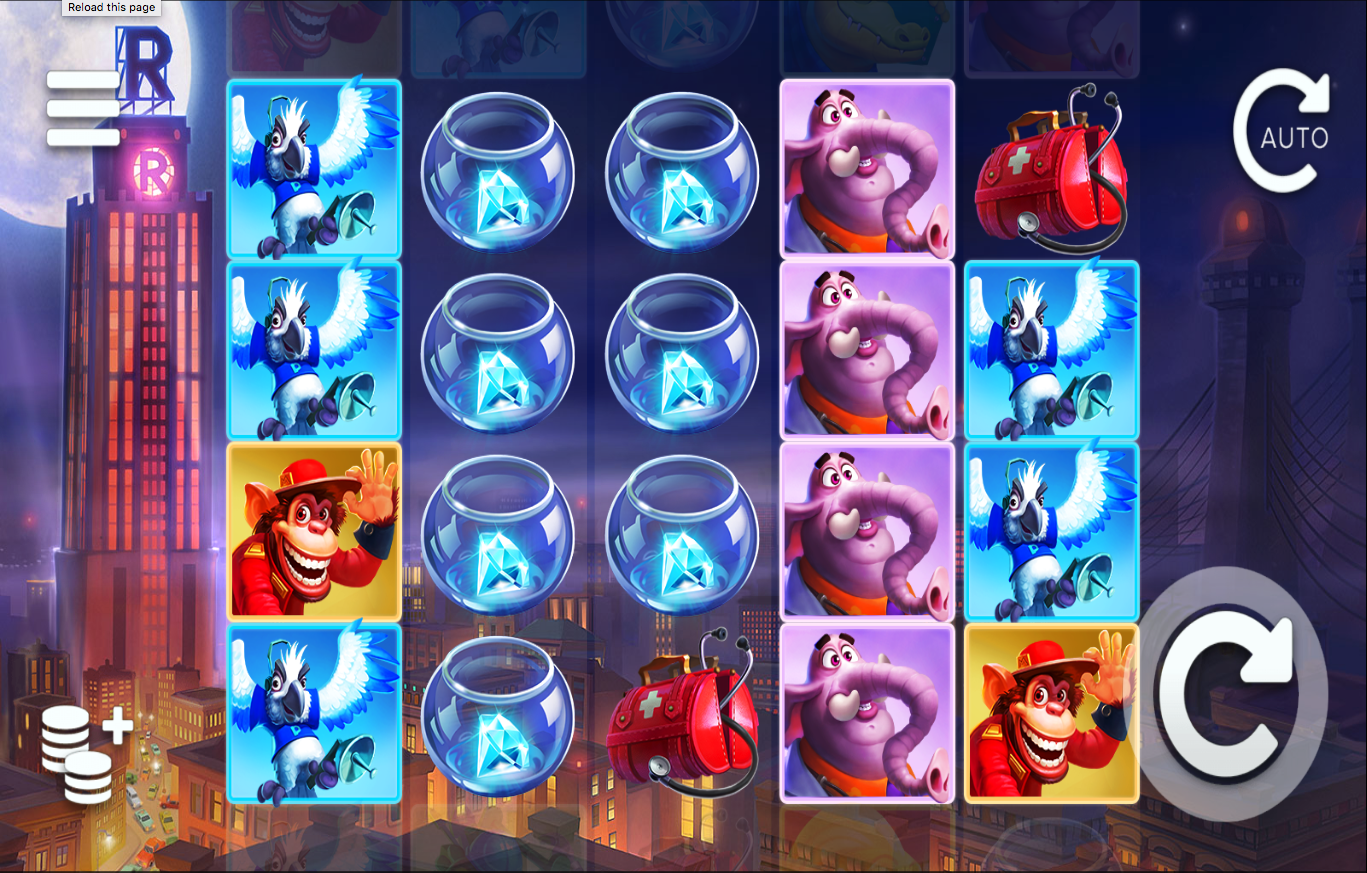 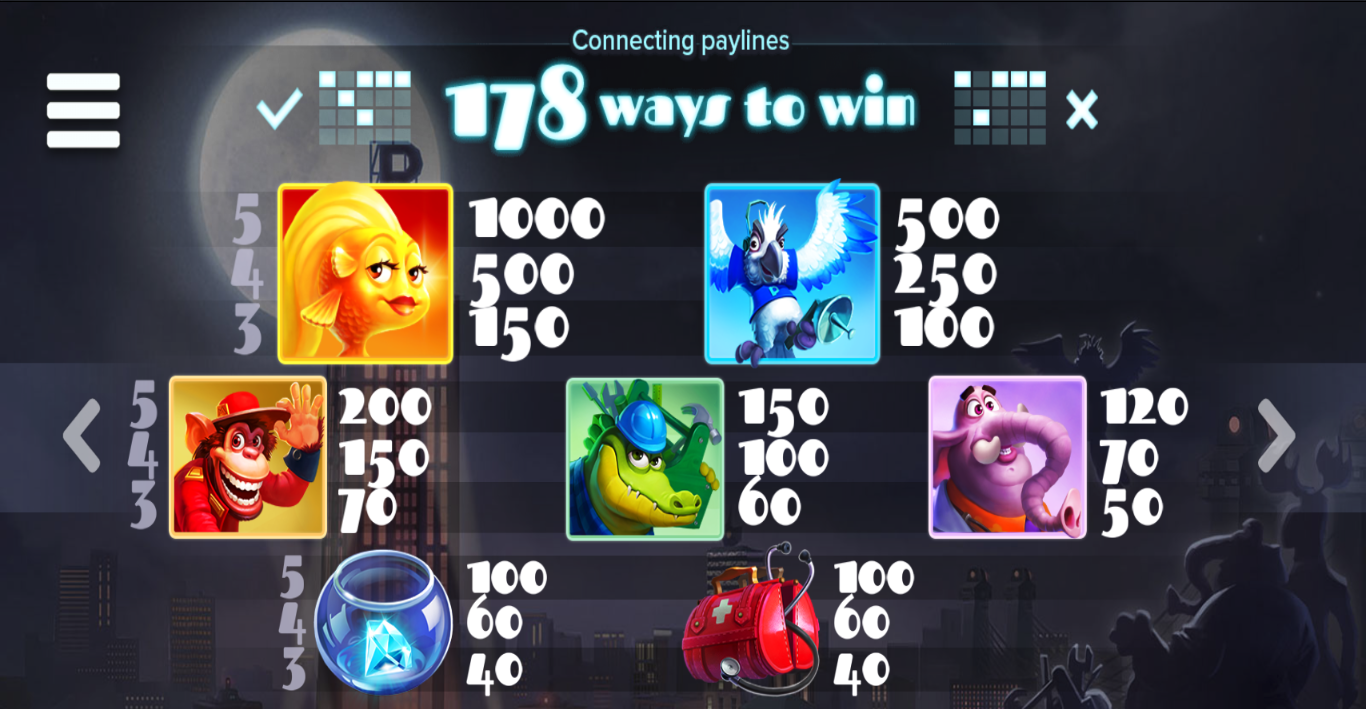 Ocean’s Eleven with animals might be the best way to think of this online slot machine from Elk Studios; it’s called Lake’s Five with Lake being the elk in charge of this particular bunch of cheery criminals and he’s also key to one of the features – keep reading to find out more.

Lake’s Five is a five reel slot with four rows and one hundred and seventy eight paylines; those reels float above a busy city in which lies the next target for our ne’er do wells.

The five higher value symbols are the goldfish, a pigeon, a monkey, a crocodile and an elephant; they are joined by a diamond and a doctor’s bag as the lower values.

The Lake’s Five logo is wild (and the scatter) and it will replace all others to help form winning combinations; it’s also the key to both features as explained below.

This is triggered by landing exactly two of the wild/scatter symbols anywhere in view; you’ll now receive a free respin and the reels with those two wilds will move down one position – respins continue until there are fewer than two wild symbols on the reels.

Trigger this by landing at least three of the Lake’s Five wild/scatter symbols anywhere in view; you’ll receive an initial ten free spins in this round but every key which lands during it will award an extra one.

Keys are important in this feature, they land on reels one, three and five, award one extra spin per key and collecting three keys on each reel will award the following:

Wild symbols which end up in the same position will apply a multiplier value to any wins for that spin – two wilds = 2x and three wilds = 3x.

After the last free spin the moving wilds will walk off in whichever direction they’re headed, leaving a trail of more wilds – any payouts are then evaluated.

Lake’s Five is a very clever slot produced to the usual high standards and idiosyncratic design as others from Elk Studios. The Wild Respins hit regularly and there’s an RTP of 96.30%.