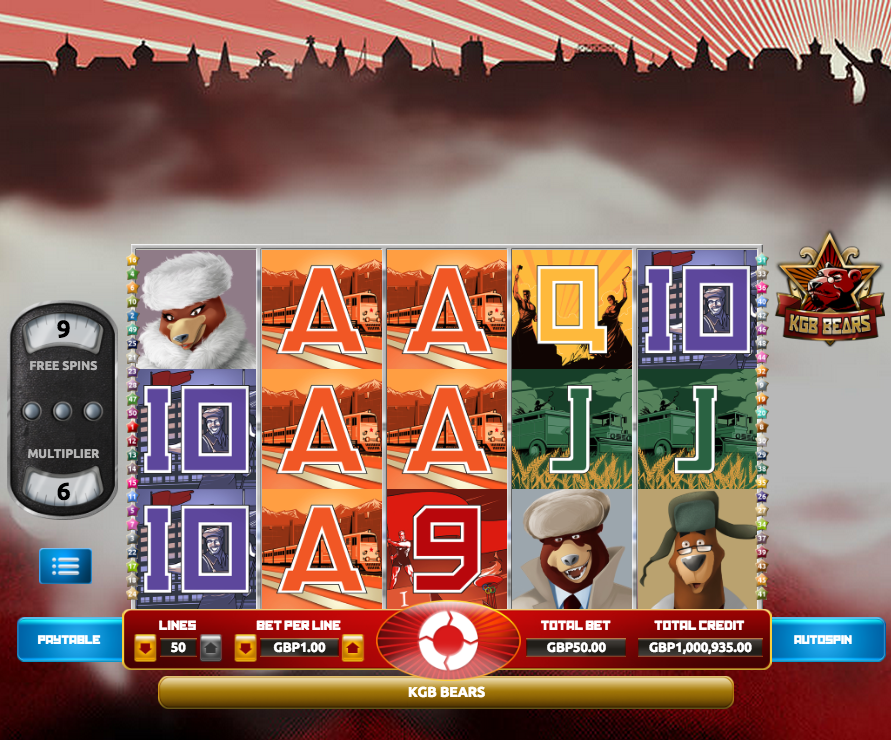 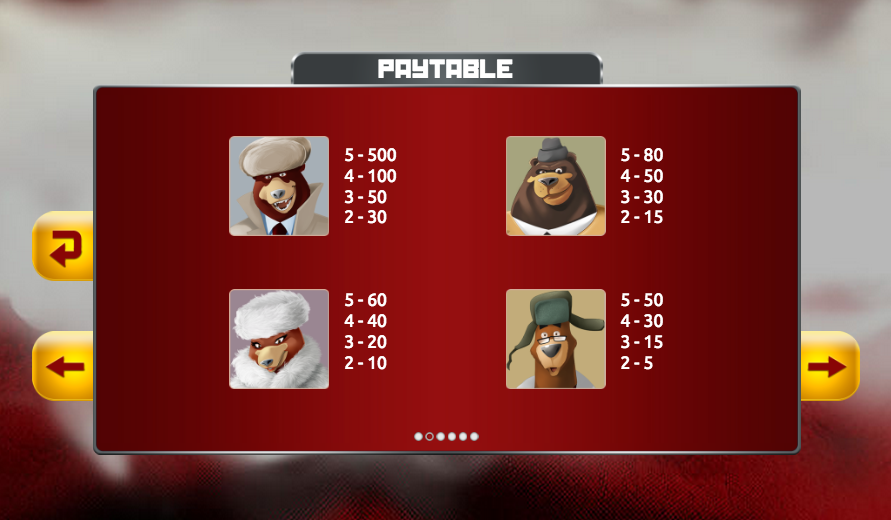 We always like to see animals taking the place of humans when it comes to really important jobs so it’s reassuring that there were bears working for the Russian security services before the KGB became the FSB in 1991. Of course that might not be entirely historically accurate but it’s the premise of KGB Bears, an online slot from The Games Company released on the Odobo software platform. It looks good and it has a free spins feature so check out the full review below for more information.

KGB Bears is a five reel slot with three rows and up to fifty paylines; the backdrop to the reels is a hazy fog above which is a silhouette of Moscow with the famous statue of Lenin visible on the right hand side.

The high value symbols are four KGB bear characters possible engaged in some sort of espionage; the lower values are the standard 9, 10, J, Q, K and A but each has a nicely designed background displaying some of those famous Soviet Cold War posters.

The wild symbol is the KGB Bears crest which substitutes for all others except the scatter; that’s represented by a typical 1980s camera and it activates the feature.

If you manage to land three more scatters during the free spins you will receive the same number again at the same multiplier value.

Playing KGB Bears is admittedly similar to playing Light Racers from the same developers but we like this game anyway; the theme is amusing and it all ticks along at a breakneck speed, accompanied by some Russian martial music. The RTP is 96.01%.