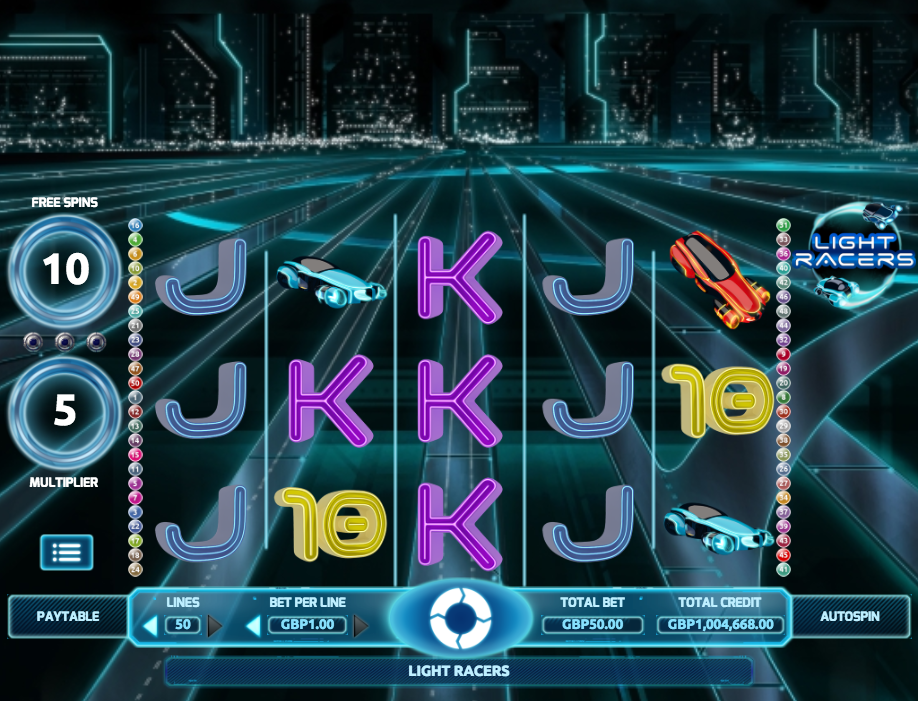 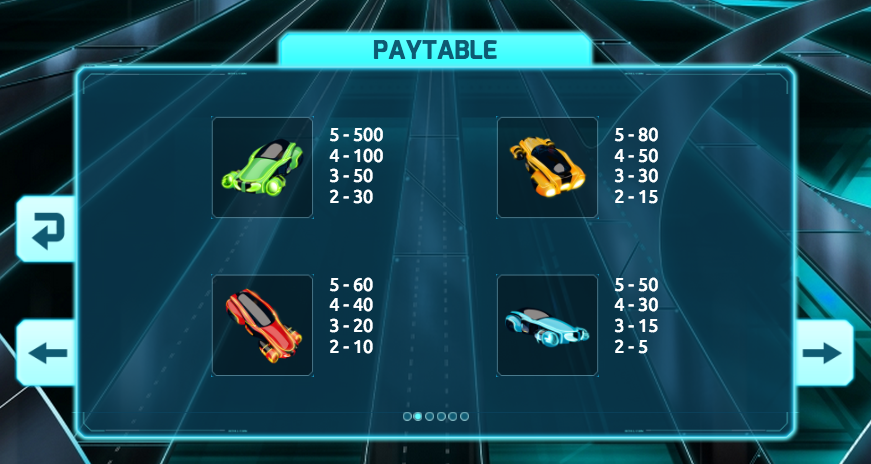 Join us as we take a step forward into a neon future where brightly lit automobiles speed along multi-laned highways towards light-speckled skyscrapers. So that’s the scene set for Light Racers, a high quality online slot from The Games Company on the Odobo software platform. It’s fast-moving, it has a pumping soundtrack and a free spins bonus feature so read the full review below for more information.

Light Racers is a five reel slot with three rows and up to fifty paylines; the game’s design is reminiscent of the Tron movies in which characters battled it out in real-life video game environments. It’s a blue neon metropolis with fluorescent sports cards traversing the suspended highways.

The Light Racers logo is the wild symbol which substitutes for all others except the scatter – that’s a metal sphere which activates the main feature.

This is triggered by landing three or more of the metal sphere scatter symbols anywhere in view; the number of free spins and the associated multiplier are determined by the numbers to the left of the reels. With each spin these numbers change to random values between the following amounts:

Once you’ve triggered the spins they start instantly so sit back and enjoy those wins because they’re over before you know it.

If you’re lucky enough to land three more scatter symbols during the free spins you will win the same number again with the same multiplier.

Games developed by The Games Company are generally of a high quality and Light Racers is no exception; it’s loud, colourful, lots of fun and hopefully lucrative too. There’s a pretty standard RTP of 96.01%.