As a website predominantly fixated with online slots it’s not often we get to discuss anything else but regular players will notice that in amongst the huge range of games available at our recommended casinos are one or two separate diversions. One of those is Keno, a bingo-like game which can be enjoyable to play and has the same sort of repetitive action which attracts us to slot machines so below we’ve written a short guide to this game.

The game is thought to have originated in 19th century China when the Portuguese administrators of Macau issued licenses to lottery operators. Numbers were not used, instead the first eighty characters from a poem called the Thousand Character Classic formed the basis of the game.

Chinese workers brought the idea to the United States in the mid-19th century when they arrived to help with construction of the First Transcontinental Railroad. The name ‘Keno’ derives from this period and is a form of the French or Latin words for five (winning numbers) – respectively quine and quini.

Keno is a game related to both bingo and lottery competitions. In general the player will pick between one and twenty numbers from a game card which contains eighty numbers. Twenty numbered balls are then drawn in some manner and the player will earn a return on their stake if a certain number of those balls match their picks.

The potential returns will vary depending on the venue where you are playing as casinos (and websites) will offer different odds. The odds also vary slightly depending on how many numbers you play. 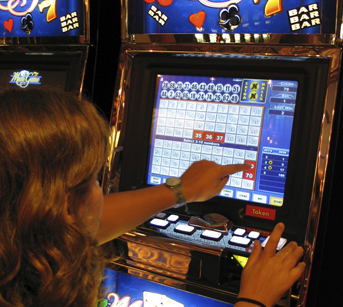 Keno was once played by giving your chosen numbers to ‘runners’ who would take them away to be processed in preparation for the drawing of the balls. Now players can sit in front of a touch screen and do everything themselves or of course they can stay at home and visit an online casino.

This is not a game in which you should expect to make money and most players take part in a few cards and then move on. If you’re serious about maximising your chances though it’s always wise to find out which casinos are offering the best odds for similar picks.