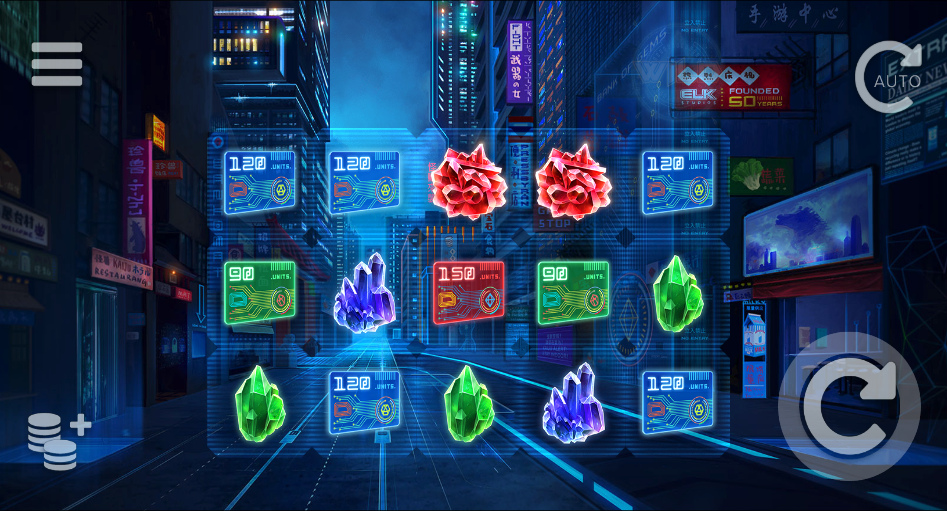 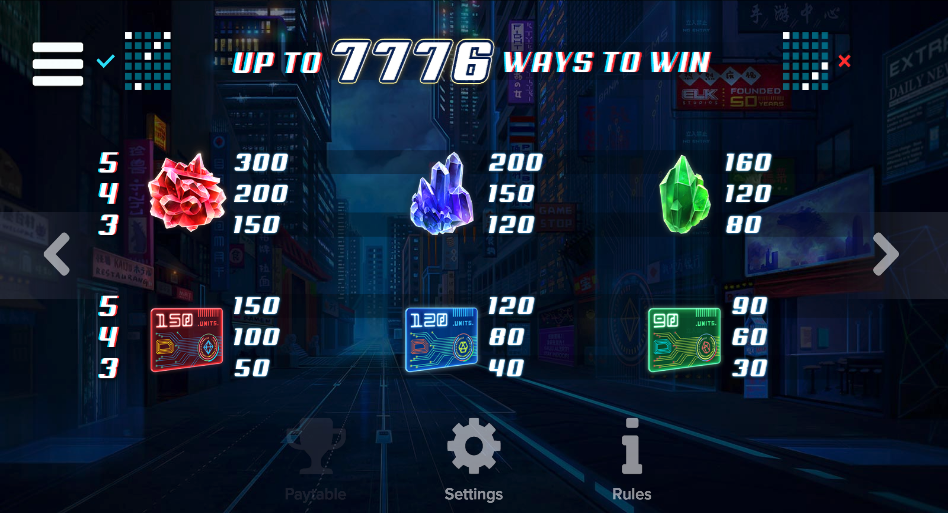 As all online slots fans will know, Kaiju refers to the genre of japanese film featuring huge monsters terrifying cities; it’s now also the theme of this releases from Elk Studios and it offers players the chance to battle one of these creatures for themselves.

Kaiju is a five reel slot with three rows and up to 7776 ways to win (there are so many paylines because of the vertical lasers and free spins but more of that later); a manga-esque sci-fi city is the setting for this adventure and neon skyscrapers from the backdrop to the transparent reels.

There are only six standard symbols – red blue and green crystals and red, blue and green security cards. We’ll explain the wild shortly but when it occurs it will replace all others to form winning matches except for the girl (HA-42) scatter.

Wild symbols are created when matching symbols are formed in vertical lines from the bottom row to the top – this places a wild symbol above the topmost matching symbol and the reels will then be evaluated for any extra wins before it disappears again.

This is triggered by landing three of the HA-42 scatter symbols anywhere on reels two, three and four and you’ll receive an initial seven free spins in the Battle Bonus.

You play these spins on a set of reels with one of the monsters in the backdrop with the letters KAIJU above the reels; each time a Vertical Laser wild is created it will remain in place and you’ll receive an extra free spin – this quickly increases the number of paylines in play.

Kaiju is a very creative and exceptionally high quality slot from Elk Studios with a faithful nod towards the subject matter and a soundtrack to match; it’s fast-moving, full of extra features and it comes with an RTP of 96.30%.