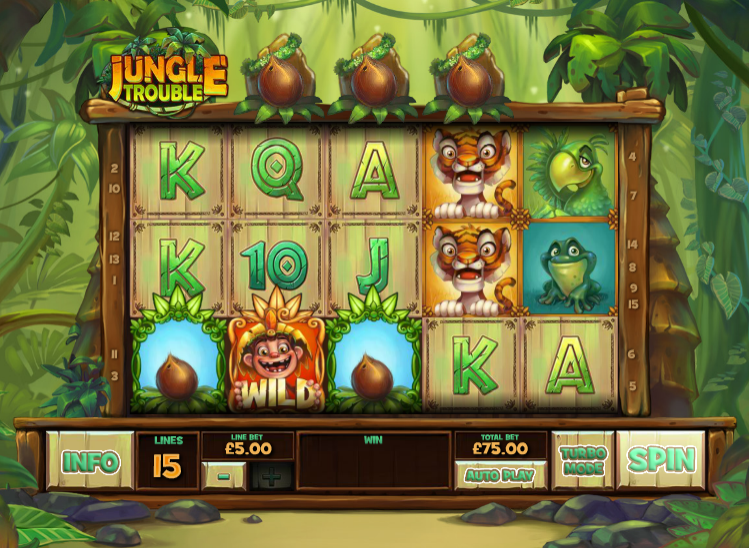 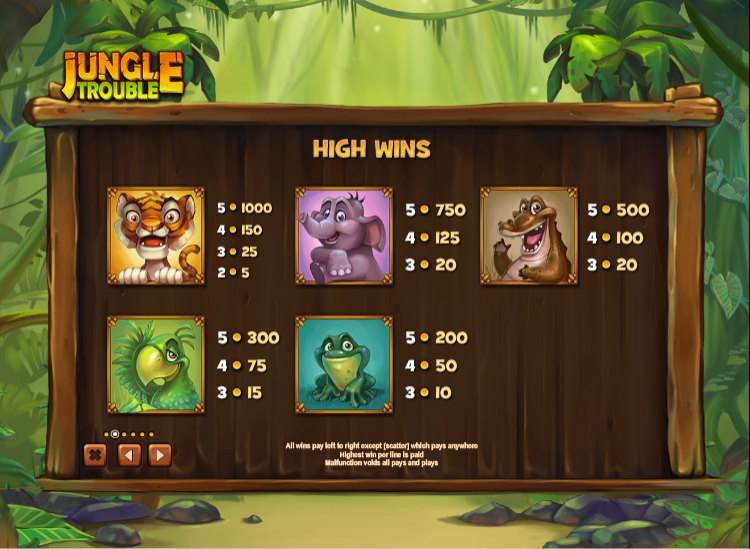 A visit to the steamy, green jungle awaits those who want to check out this animal-themed online slot from Playtech; it’s called Jungle Trouble and it introduces an array of friendly-but-wild creatures as well as a number of extra features to crank up the action – check out our review below.

Jungle Trouble is a five reel slot with three rows and fifteen fixed paylines; the reels spin on the sort of wooden structure that Tarzan might have built and in the background there’s a hazy, humid view of jungle vegetation.

The high value symbols include some cheerful-looking animals – a tiger, an elephant, a crocodile, a parrot and a frog; 10, J, Q, K and A make up the lower values.

If you can land a scatter symbol on reels two, three and four you will notice that the coconut above that particular reel will turn into a 2x multiplier; each further scatter will increase it by 1x up to a maximum of 5x. When a wild symbol lands on that reel and helps out with a win, the multiplier will be applied and the coconut reset again.

Landing three of the scatter symbols anywhere on reels two, three and four will trigger this feature and reward you with ten spins and choice of three options:

Jungle Trouble is a really impressive slot with some great graphics and unobtrusive sound effects; we like the mixture of bonus features and particularly the option to select your level of variance in the free spins round. There’s an RTP of 96.07%.