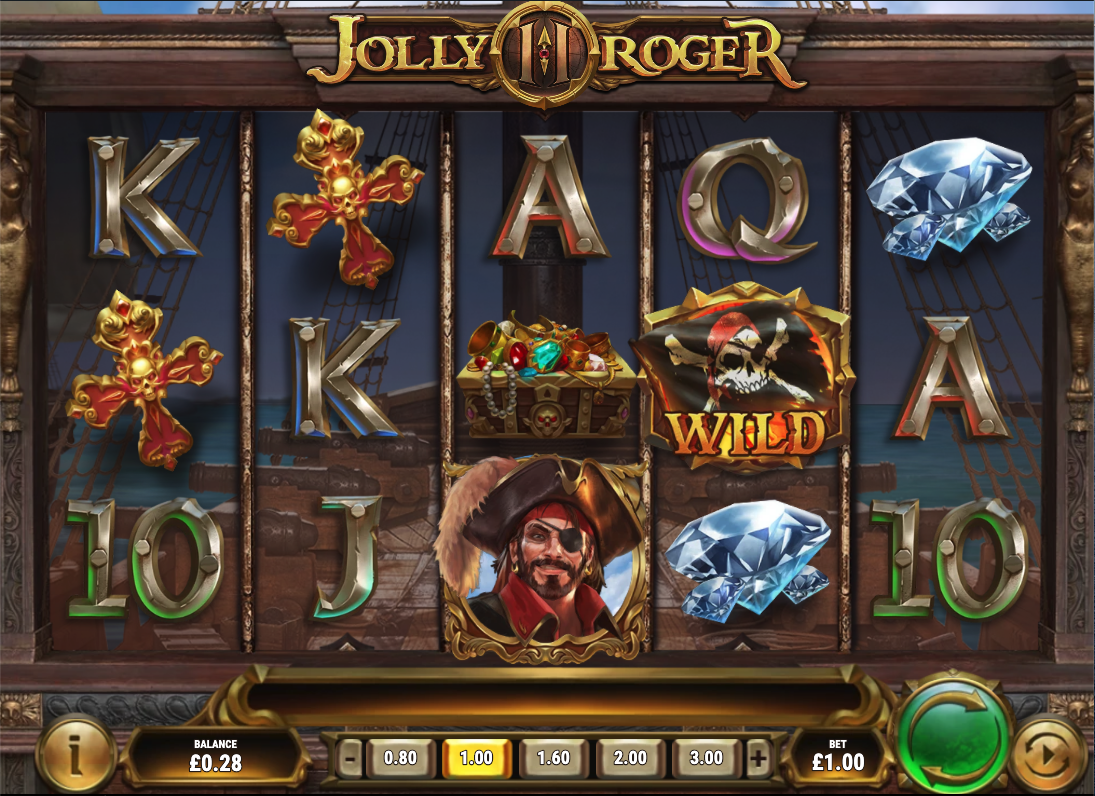 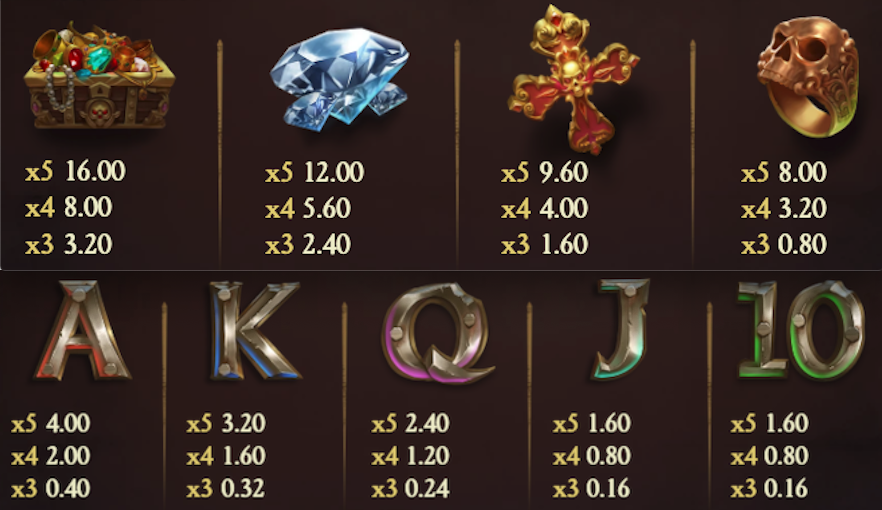 You can’t go too far wrong with a bit of piracy on the high seas, at least not when it’s the theme of an online slot machine; Jolly Roger 2 is a sequel to Play N Go’s Jolly Roger but this time everything is bigger and better and the themed features are more numerous.

Jolly Roger 2 is a five reel slot with three rows and twenty fixed paylines; those reels are spinning on the deck of the main ship as others from this pirate fleet follow along in the distance – perhaps looking for some action or maybe heading home to some Caribbean hideaway.

High value symbols include the treasure chest, the huge diamond, the red cross and the skull ring; 10, J, Q, K and A make up the lower values; the Jolly Roger pirate flag is wild and it will replace everything except for the pirate scatter symbol to help form winning combinations.

This can occur on any spin in the base game and the compass above the reels will spin to reveal a multiplier for any wins of up to 10x.

Landing three of the pirate scatter symbols on reels one, three and five will kick this feature off and you’ll now get to select scrolls until you find three which match – this will determine which feature is awarded:

Jolly Roger 2 is light years ahead of its predecessor and it does pirate justice to one of our favourite themes; the graphics and animations are top drawer and once you’ve triggered the features there are some bg wins available, especially with the free spins.