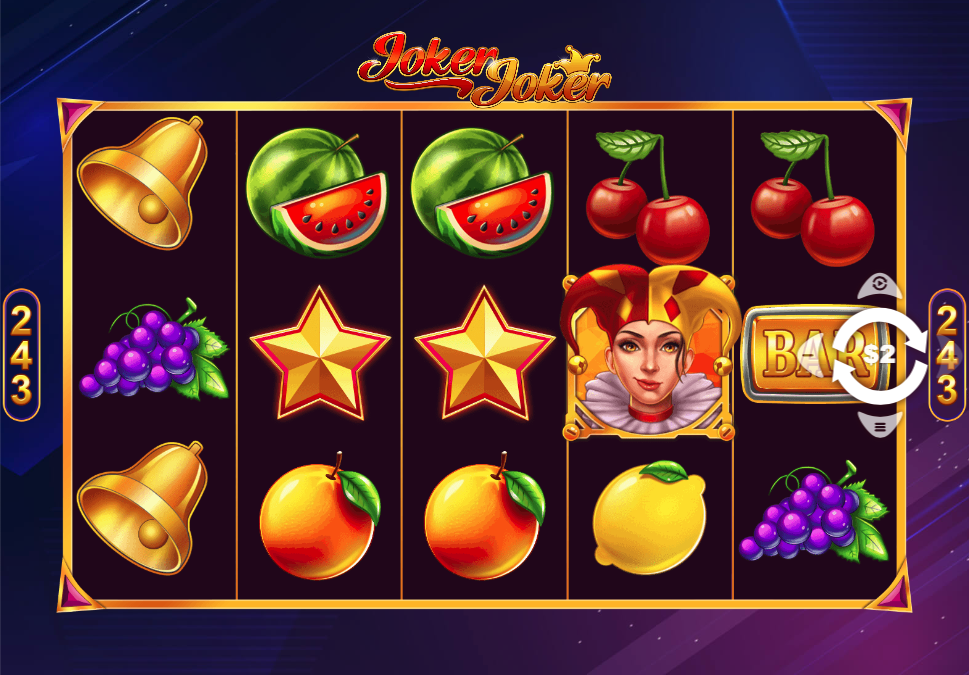 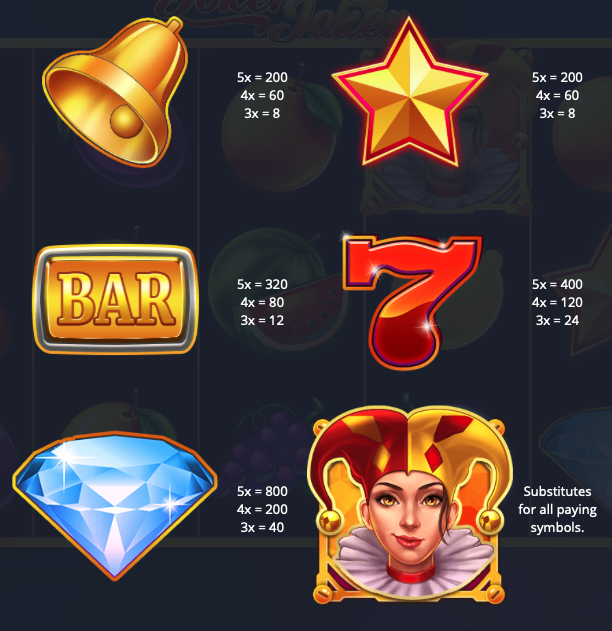 There’s some fruity action in store for any players willing to spin the reels on this online slot machine from Pariplay; it’s called Joker Joker and behind those shiny reels there’s a clever bonus feature which links multiple reels together.

Joker Joker is a five reel slot with three rows and two hundred and forty three ways to win – this means there’s no payline structure and wins can be formed as long as there are matching symbols in adjacent rows starting from the left hand side.

There are plenty of familiar symbol in use here with the higher values represented by the blue diamond, the red seven, the gold bar, the star and the golden bell; the lower values are a tasty selection of fruit including cherries, lemons, oranges, plums, bunches of grapes and watermelons. The joker is wild and she’ll substitute for all other symbols to help form winning combinations.

This is the only bonus feature in Joker Joker and it happens on every spin – at least two adjacent reels will be locked together and their symbols will be synchronised to try and help you out with a win. You won’t always win because those reels can appear on reels four and five for example, making a matching combo unlikely; however the luckier players will find that all five reels can lock together for some spectacular wins.

Joker Joker is a very high quality slot from Pariplay with a clever but not original bonus feature (Net Ent’s Twin Spin introduced this some time ago); still it’s a fast-moving and enjoyable game which we are happy to recommend.