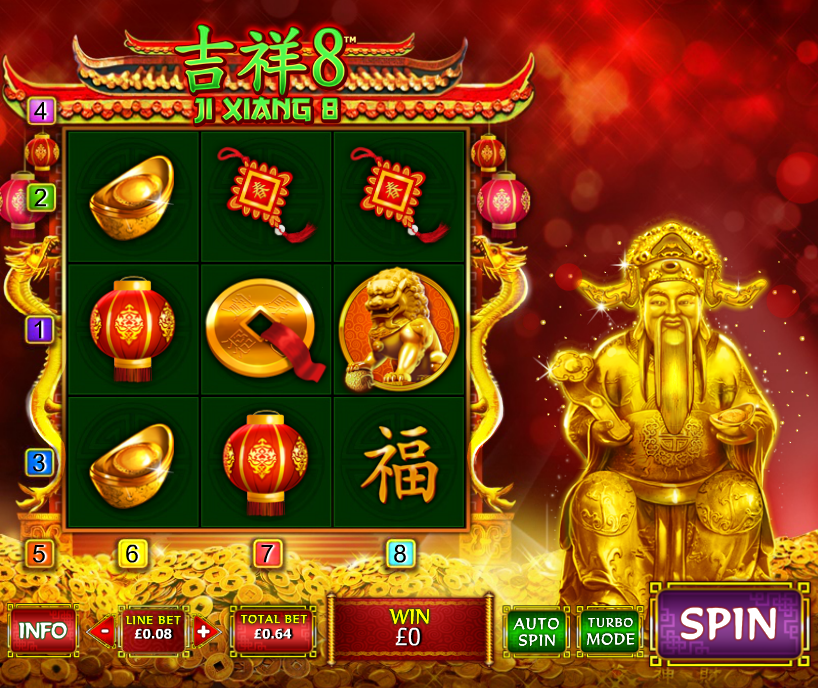 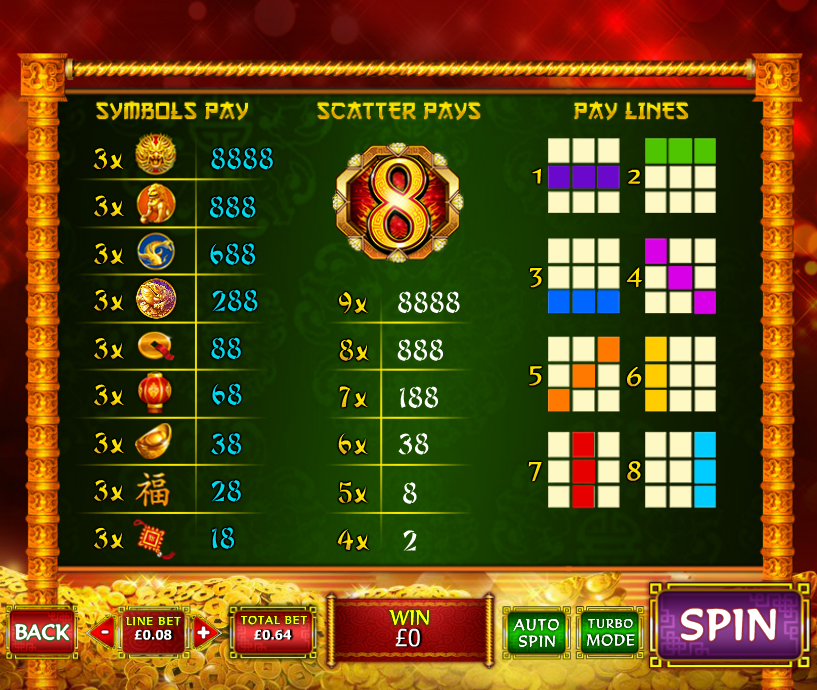 There are no shortage of online slots with an oriental theme and it’s a good job we like them because Playtech are releasing games with this subject at a prodigious rate; this one’s called Ji Xiang 8 and it differs in the fact that it’s a three reeler rather than five  and this also means it lacks any real bonus features. However don’t let that put you off, it’s good fun and you can read all about it below.

Ji Xiang 8 is a three reel slot with three rows and eight fixed paylines; those paylines run vertically as well as horizontally and diagonally. Ji Xiang translates as ‘lucky’ or ‘propitious’ and it refers to the number 8 which is the luckiest number in Chinese culture. The reels spin on the walls of a red-roofed temple and there’s a statue of a golden emperor on the right hand side, sitting on piles of Chinese dollars.

There are nine theme-related symbols in use and these include various animals, Chinese dollars, lanterns, gold ingots and Chinese script. There is no wild symbol but there is a scatter and that’s represented by the large golden ‘8’.

That’a all there is to it really – Ji Xiang 8 is a high quality game with a better atmosphere than most oriental-themed games and some appropriate music. Even if you don’t normally go for three reel slots, this is worth checking out and it comes with an RTP of 95.99%.