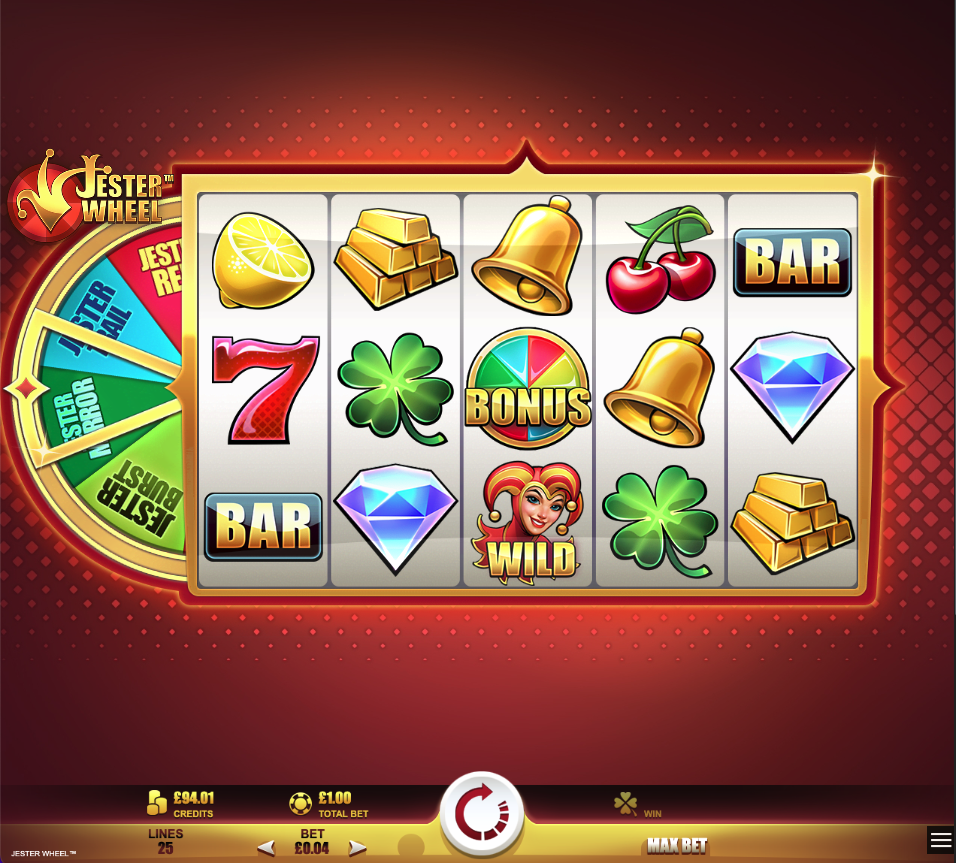 There’s plenty of gold-framed, reel spinning action in store for those online slots players willing to try out this glitzy release from Rabcat Gaming – it’s called Jester Wheel and from just £0.25 per spin it holds out the promise of multiple spins of the prize wheel for various multiplier features.

Jester Wheel is a five reel slot encased in solid gold and it comes with twenty five fixed paylines; also formed from gold is the spinning appendage on the left hand side, slowly rotating to display the prizes on offer should you trigger the main feature.

There are some classic symbols in use here and they include diamonds, golden bells, red sevens, stacks of gold bars, Bars, four leaf clovers, cherries and lemons; the jester is wild and the mini-wheel is the scatter symbol.

This bonus is triggered by landing two or three of the wheel scatter symbols anywhere in view for the following rewards:

The wild features are determined by a spin of the prize wheel and these are the prizes available:

Landing a scatter symbol during the free spins will spin a wheel which will multiply any winnings from the current spin by between 2x and 10x.