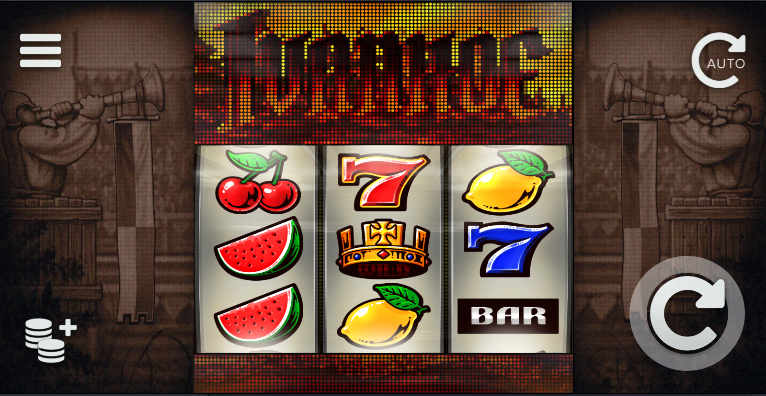 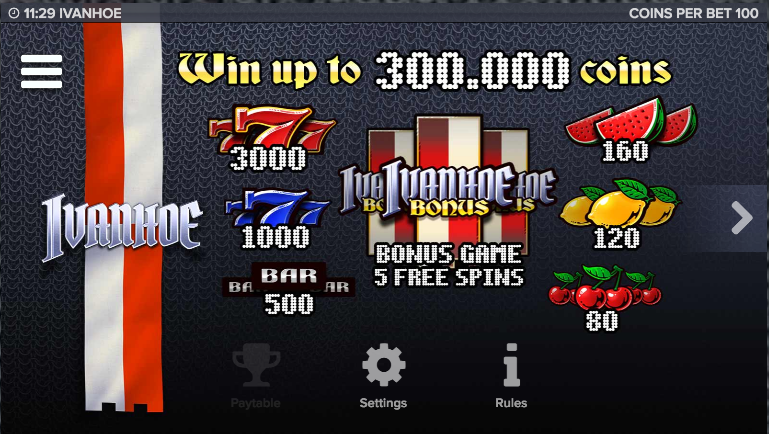 As all online slot fans will be aware, Ivanhoe is Sir Walter Scott’s novel first published in 1820 which tells the tale of Sir Wilfred’s life in 12th century England; it’s now found it’s way into a game developed by Elk Studios and you can read all about it below.

Ivanhoe is a three reel slot with three rows and seventeen fixed paylines; above and below the reels there’s a constantly moving pixel scene which looks like crusades and battles; on either side there are trumpeters announcing the start of the tournament – a famous early section of the book.

The symbols are largely traditional and include red sevens, blue sevens, bars, watermelons, lemons and cherries. The crown has no purpose in the base game.

There’s no wild symbol in the base game but there is the Ivanhoe bonus icon which is the key to the big feature.

This is triggered by landing three of the Ivanhoe bonus symbols on an active payline; you will initially receive five free spins but every Ivanhoe symbol landing during this round will award an extra spin.

Additionally each win during your spin will add to a total coin win and enable you to level up through various stages and earn more spins:

During the free spins the crown becomes a wild symbol and still only appears on the centre reel.

Ivanhoe is a quirky little slot with some stylish pixellated animations and a potentially lucrative bonus round if you can trigger it; it comes with an RTP of 96.30%.