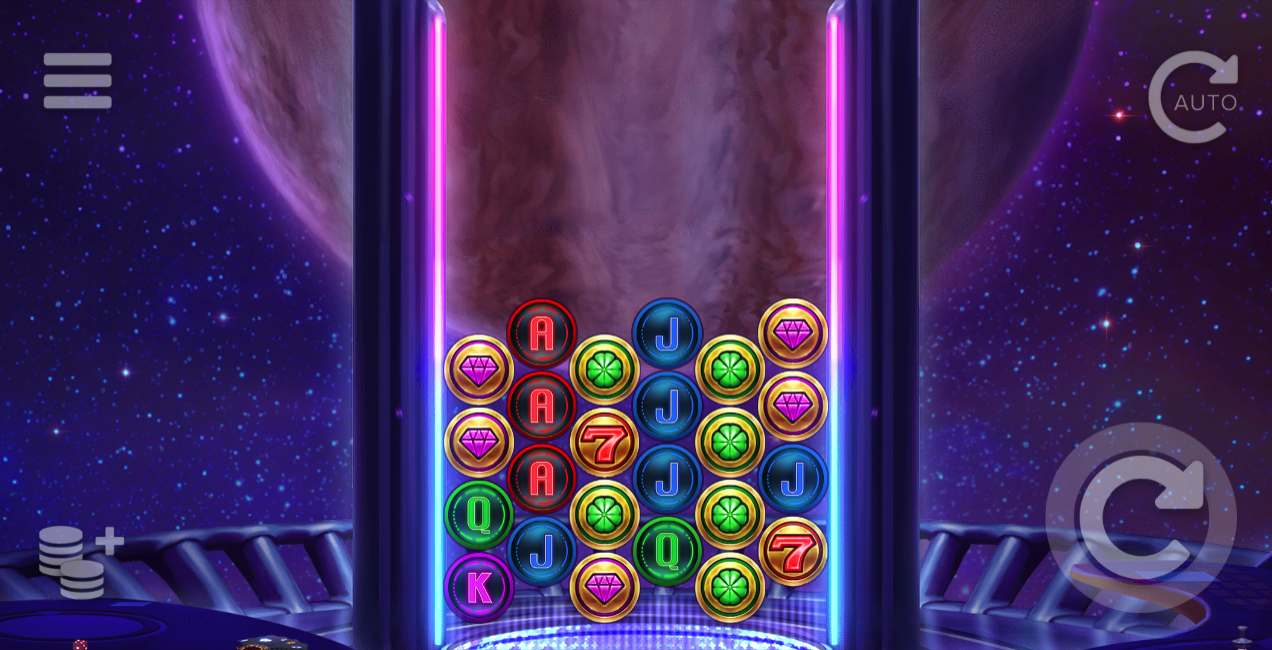 Gameplay innovation is a rare thing in the world of the online slot machine so we’re always pleased to see a game like IO appear in our favourite casinos; it’s also a science fiction-themed release from Elk Studios with free spins and base game features.

IO is a six reel slot which begins with the setup as shown in the screenshot above; we’re looking through the window of a spacecraft as it faces a large planet in the distance and this is how it all works……

There are 4096 ways to win to begin with but the symbols in each winning combo will disappear to let more fall in from above; before that though the remaining symbols will fall/roll to the left to fill up the spaces, possible creating more wins. When we’re ready for more symbols to drop in they’ll also add an extra row to reels – this can happen four times, increasing the number of ways to win as follows:

When there are no more wins the reels return to their original state.

Various symbols with special powers will land during gameplay:

This is what we’d usually call free spins and it’s triggered by landing at least three of the bonus symbols anywhere in view; you’ll receive seven free drops (which can be retriggered) and there’ll always be eight rows in play. Wild symbols remain on the reels and collect at the bottom of the screen during this round.

IO uses a very clever gameplay mechanic and it’s all the more enjoyable to play this slot because of it; it’s fairly low variance so you’ll grab plenty of smaller wins but once the rows start increasing the wins are obviously bigger, especially in the free drops.