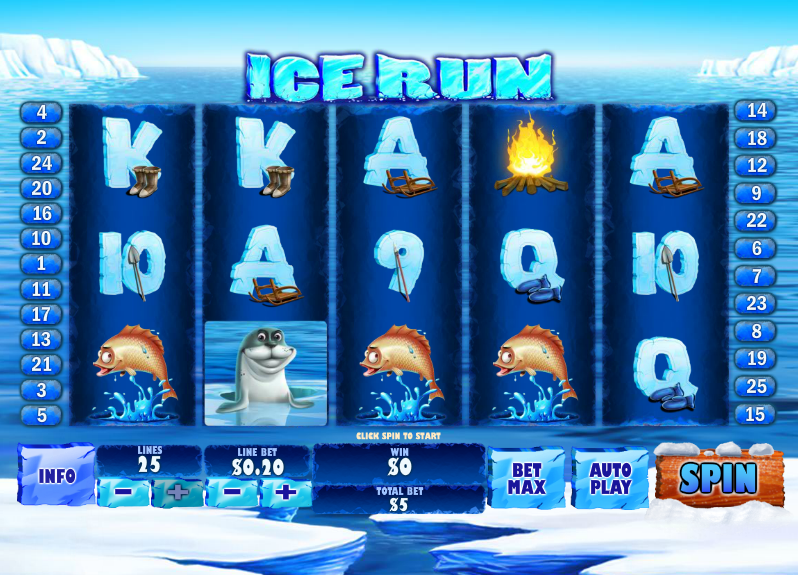 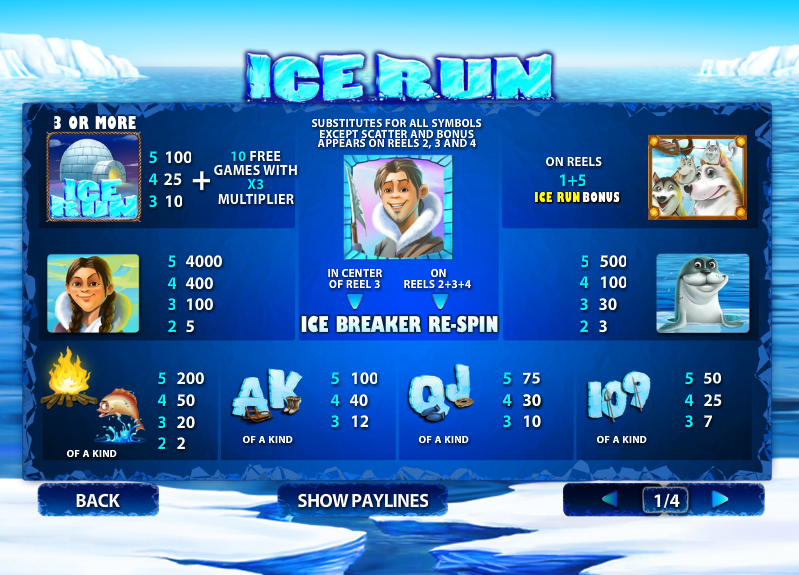 The chilly Arctic is our destination for this recently released online slot from Playtech; it’s called Ice Run and it tells the story of a young couple hunting and fishing in this barren part of the world. The good news for players is that it includes a number of bonus features so put a warm coat on and keep reading to find out more.

Ice Run is a five reel slot with three rows and up to twenty five paylines; it’s the sort of game which makes you feel cold just to look at it and the background displays an expanse of chilly Arctic ocean framed by ice floes.

The male character is wild and appears only on reels two, three and four; the igloo is the scatter symbol and the husky pack is the bonus icon – both of which activate extra features.

Not only is the male character wild, he also triggers two mini-features as follows:

Landing three igloo scatter symbols anywhere on screen will reward you with ten free spins. All wins during this feature will be subject to a 3x multiplier and more spins can be won indefinitely by landing three more igloos.

This is an interesting game and it’s triggered by landing the husky dog symbols on reels one and five. You will now be taken to a screen displaying a sledge on a hill with a number of snowmen; just pick one of the snowmen to be hit by the sledge for a prize. If you are lucky you may randomly trigger the Snowball Feature after hitting the third snowman – this will knock down all other snowmen.

You will get three picks after which you get to choose one of three igloos for a multiplier.

We like everything about this slot – the features, the cheerful graphics and soundtrack – with the exception of the relatively low RTP of 93.83%. We’ve been in profit since we started playing though which shows that you can’t always trust the stats.