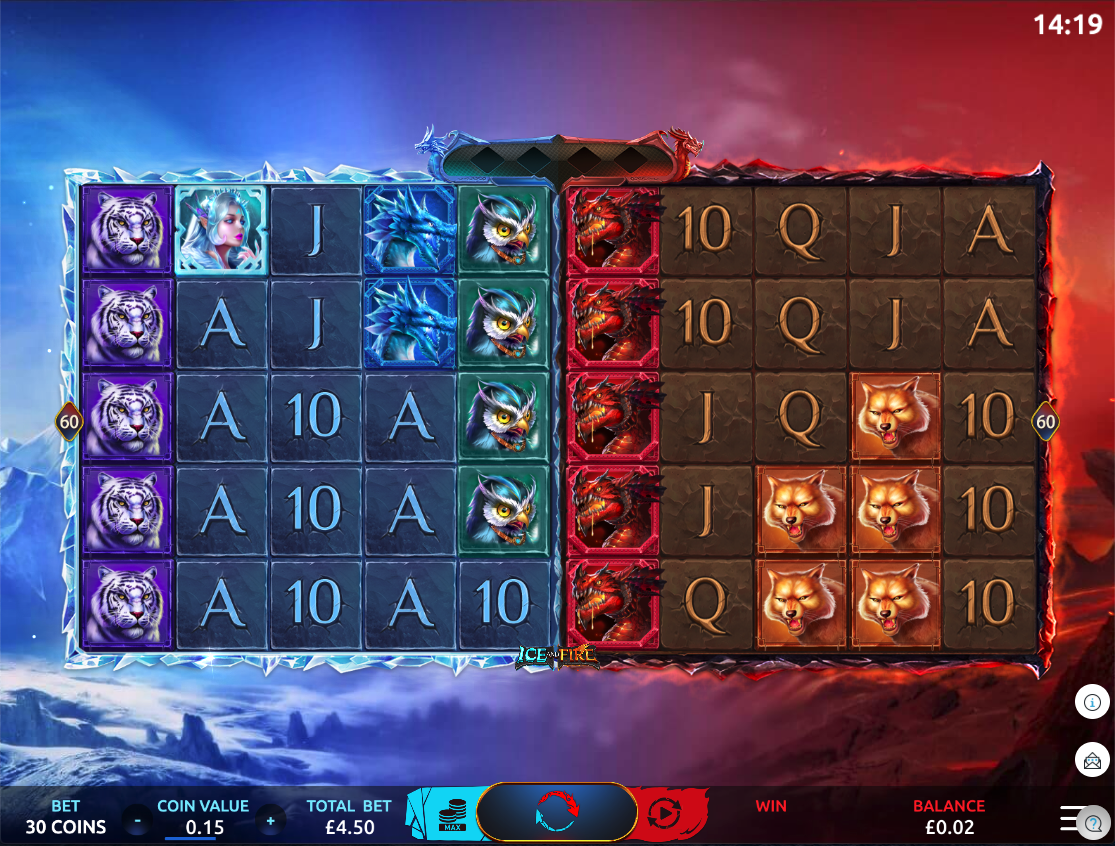 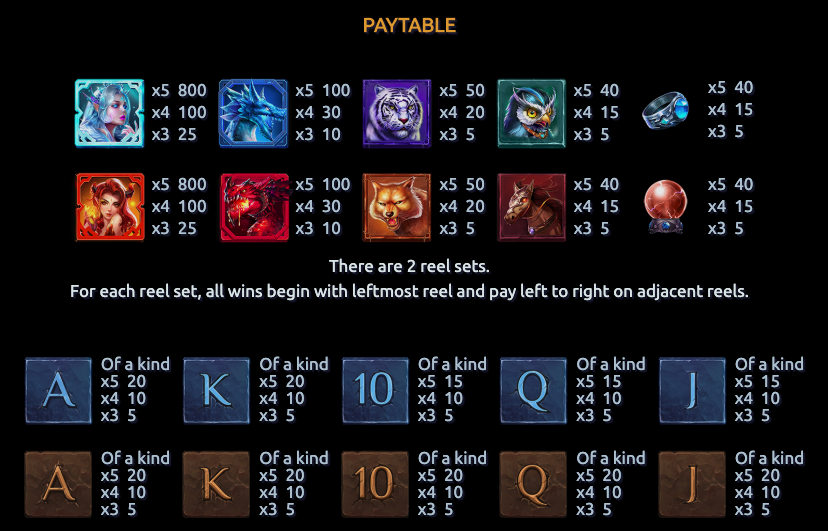 A long time ago in some distant empire the armies of the icy tundra and those of the volcanic wastelands battled it out for supremacy with the final outcome being material for this online slot from Yggdrasil Gaming; it’s called Ice & Fire and it’s twin reels, collapsing reels and free spins offer an interesting gaming experience.

Ice & Fire is a five reel slot with two sets of reels, each containing five rows and sixty paylines each; the icy one is on the left with the volcanic one on the right and they both float above this land of wildly varying temperatures.

The mysterious book is wild, it appears on both sets only on reels two, three and four and it will replace all standard symbols – when it lands it will copy itself across to the corresponding position on the other reel set. The golden egg is the scatter symbol.

Ice & Fire uses cascading reels in which any symbols in a winning combo will disappear and be replaced by more falling down from above – more combos can be formed and this process continues until there are no more wins. However if you can create at least four successive cascades you’ll trigger the free spins, either 8, 10 or 15 to be determined by a dragon along with 100 or 150 extra wilds added to the reels.

More spins can be triggered with more cascades during this round.

During this feature each cascade will increase the win multiplier by 1x and extra wilds are added to the reels; the spins can’t be retriggered.

There aren’t many twin reel slots around and some others we’ve played have been a bit too complicated to be enjoyable but Ice & Fire does everything right – the reels are linked together in a simple way and the two free spins round don’t seem too tricky to trigger.