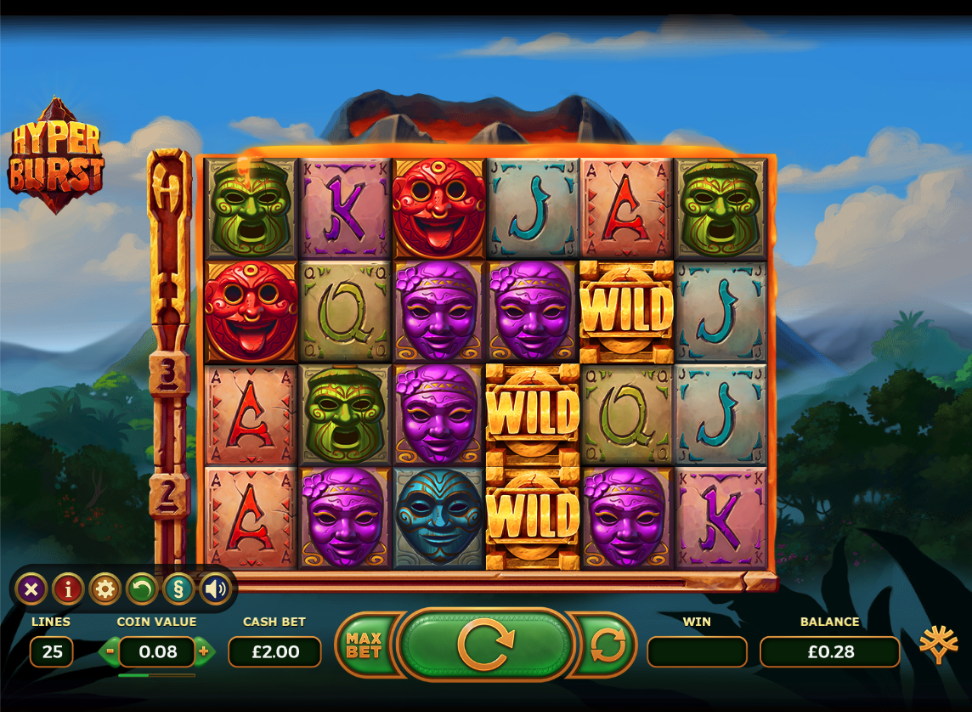 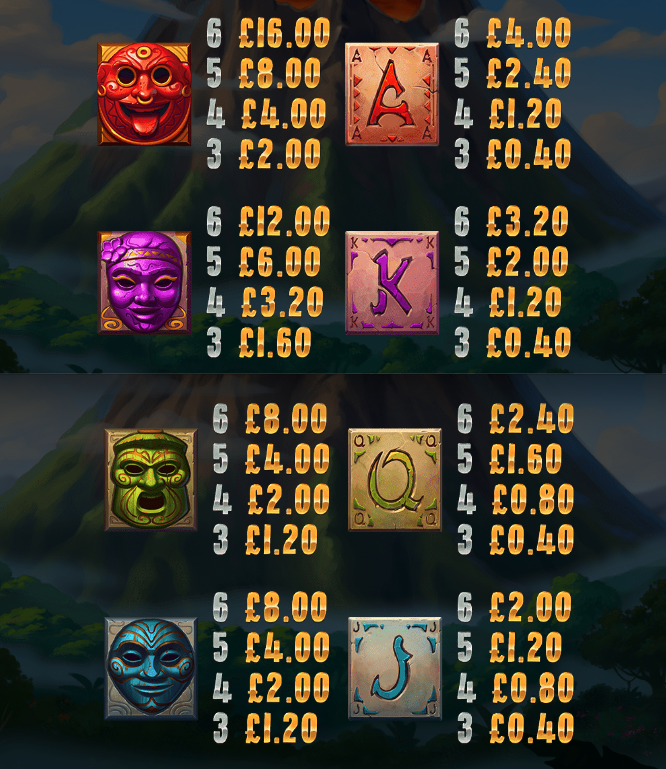 The elemental power of an erupting volcano is the driving force behind this online slot from Yggdrasil Gaming; it’s called Hyper Burst and from £0.25 per spin it tempts us with extra features for consecutive wins leading ultimately to the Hyper Respins.

Hyper Burst is a six reel slot with four rows and twenty five fixed paylines; there’s a tribe feel to this game and behind those lava-soaked reels the volcano squats, threatening to scorch the surrounding forest when it erupts.

The four high value symbols are the coloured tribal masks in red, purple, green and blue while J, Q, K and A in similar colours represent the lower values; the blocky, golden ‘Wild’ is wild and it will replace all other symbols to help form winning combinations.

This slot revolves around this feature completely and it’s all kicked off by simply landing a win; on the next spin two of the middle four reels will join together and spin only large, 2×2 symbols.

The next win will add a third reel to the mix and a fourth consecutive win will mean that reels two to four spin only huge, 4×4 symbols in Hyper Mode. Hyper Mode spins start with a 2x win multiplier and continue until there are no more wins; each successive win in this mode increase the in multiplier by 1x up to a maximum of 10x and this all arrives on until the wins stop.

Yggdrasil have a track record or producing high quality, innovative slots and Hyper Burst is another which lives up to that pedigree – the Hyper Spins feature is simple but effective, it triggers regularly and offers some big wins to the more fortunate players.