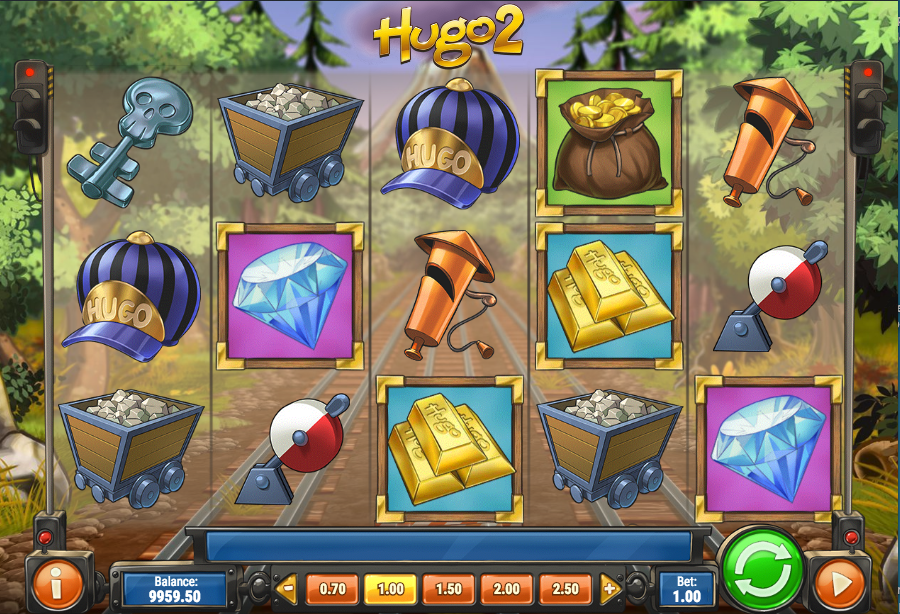 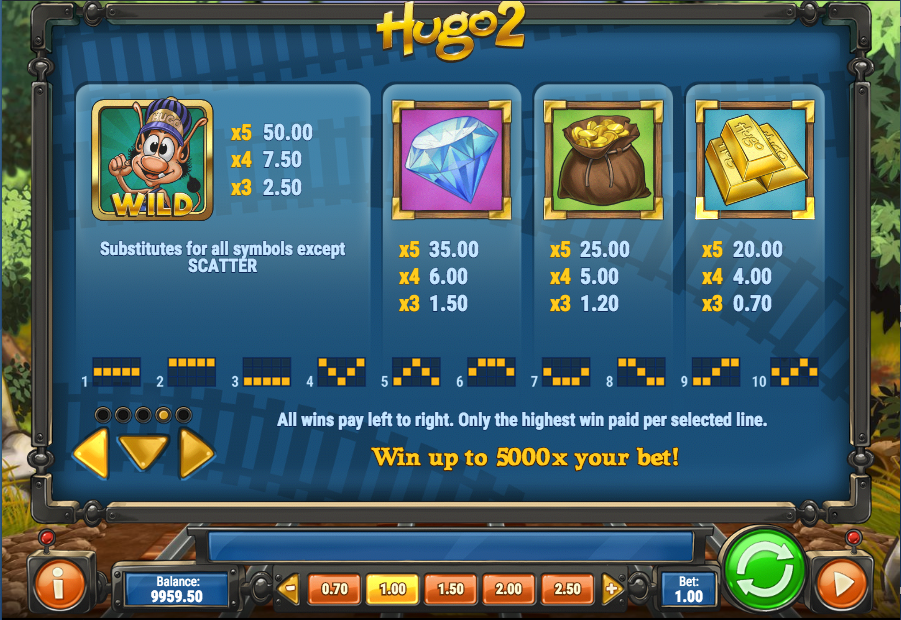 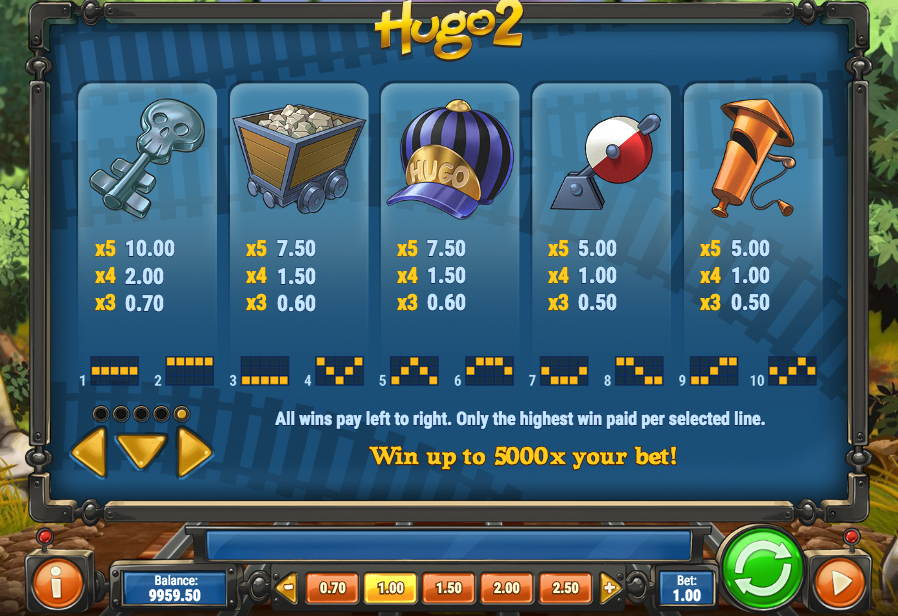 Online slots fans will surely remember with some fondness a game called Hugo from Play N Go which features a small creature with a penchant for mining and precious stones in general; he’s now returned in the snappily-titled Hugo 2 and he’s offering more bonuses and features – check it out below.

Hugo 2 is a five reel slot with three rows and ten fixed paylines; the mining theme remains the same because through the opaque reels we can make out a railway line disappearing into a cave under a smoking mountain top.

The symbols are also largely mingin-themed and include a large diamond, a bag of cold coins, some gold bars, a big key, a cart full of rocks, Hugo’s cap, a switch lever and a steam hooter from the train.

Hugo himself is wild and he will substitute for all others symbols to help form matching combinations except for the beaver and Afskyllia scatter icons.

This is triggered by landing three of the beaver scatter symbols anywhere on reels one, three and five; you will receive an initial ten free spins but a randomly awarded ‘Beaver Cleaver’ will award an extra five. If this happens three times you’ll gain entrance to the Skull Cavern feature.

This is triggered by landing at least three of the Afskylia scatter symbols anywhere on the reels and you’ll receive one, two or three lives depending on whether there were three, four or five of these evil witches. It can also be activated via the free spins as described above.

You’ll now get to play a game in which you must guide Hugo across precarious rock stacks, collecting cash prizes and multipliers until the danger gets too much and you’ve lost all your lives.

Hugo 2 may have a slightly boring name but it’s a slot with lots to enjoy including a creative free spins round and a picking round which is short but generally lucrative; the cartoonish style matches the original, the sound effects are good fun and there’s an RTP of 94.56%.