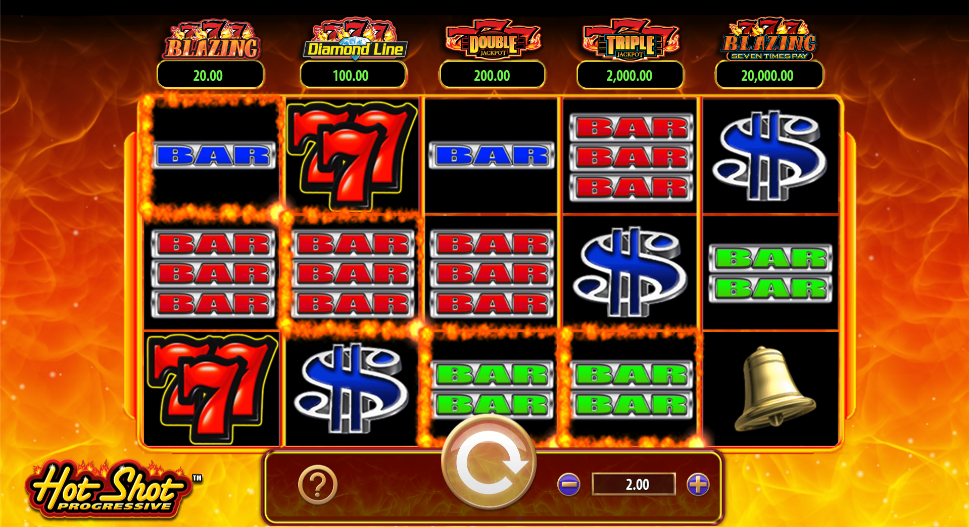 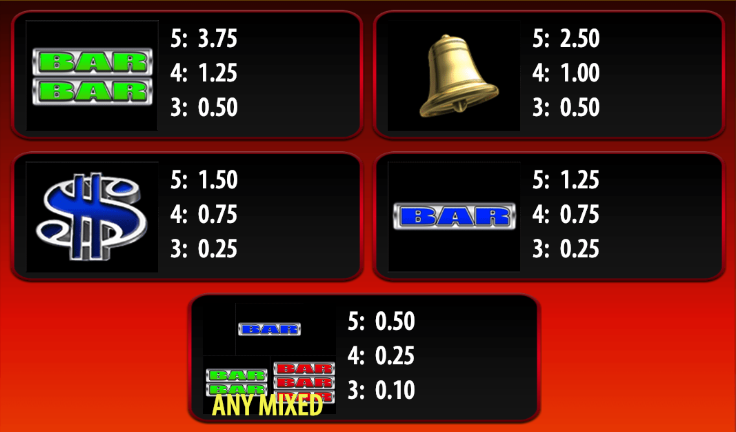 ‘Back to basics’ may be a slightly worn out slogan but it’s an apt description of an online slot such as Hot Shot Progressive; it’s developed by Bally Technologies and it’s traditional gameplay and symbols are enhanced by a clever bonus feature.

Hot Shots Progressive is a five reel slot with three rows and forty fixed paylines; there’s a fiery theme to this game with hot, orange reels floating against a backdrop of billowing flames and swirling ash.

There are plenty of familiar symbols here including red sevens (fiery and otherwise), triple, double and single bars, bells and dollar signs. There are no wilds but wins can be formed from mixed sevens or bars as well as from a standard combo. This means that you’ll win on almost every spin but not always enough to recover your stake.

This is triggered by landing at least three of the mini-reel scatter symbols anywhere in view and each of these reel sets will now spin once with the aim of winning something on the centre payline – if there are no wins the reels will spin again until at least one win is achieved. Three of the most valuable symbols on a payline will win the corresponding jackpot shown above the reels.

Hot Shots Progressive takes a step back in terms of gameplay but a step forward in terms of bonus creativity – the Game In Game feature is not one we’ve seen before but it works well and we particularly like the way a little paytable pops up as each mini-reel spins.