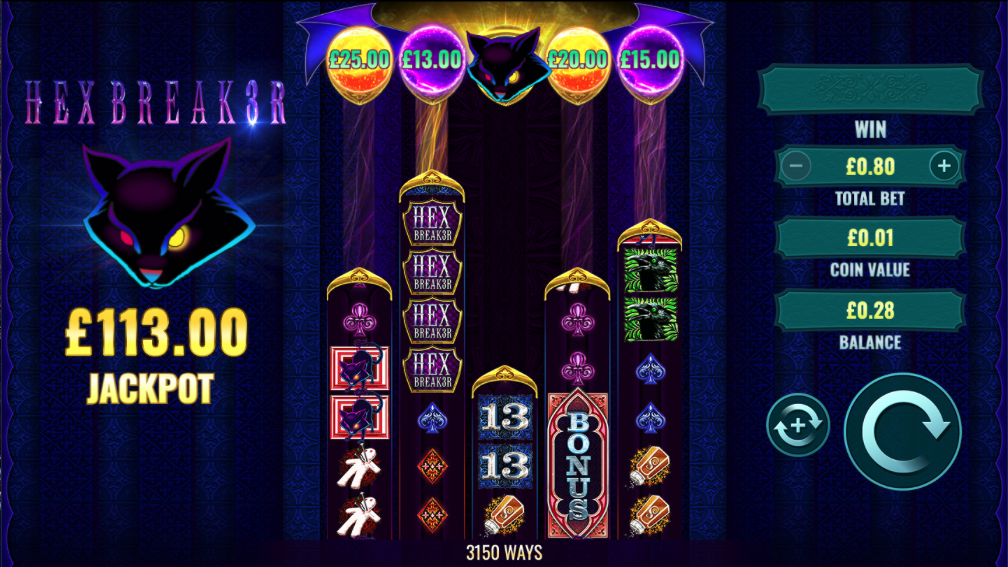 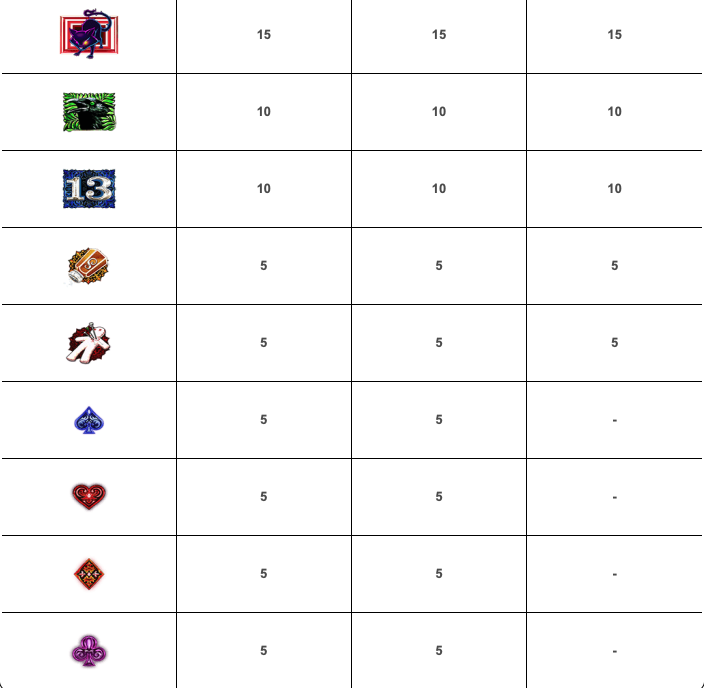 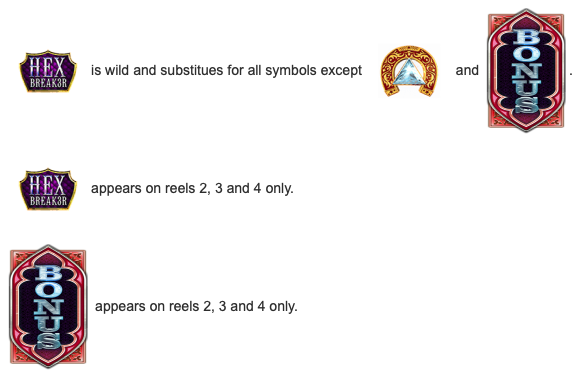 If you’ve previously enjoyed playing Hexbreaker and Hexbreaker 2 from IGT then you’ll be pleased to know that there’s now a third instalment in this slightly creepy series; this one’s called Hexbreak3r and from £0.80 per spin it tempts players with a clever gameplay mechanic which expands the reels, free spins and multiple ways to win prizes.

Hexbreak3r is a five reel slot with variable rows which means the paylines can number between 243 and 50,049; there’s a deliberately gloomy atmosphere to this game with the cat from the previous two outings making an appearance once more.

High value symbols include the cat, the crow, the number 13, the salt and the voodoo doll; playing card symbols in blue, red, orange and purple make up the lower values. The Hexbreak3r symbol is wild and it will substitute for all other symbols except for the golden horseshoe and the bonus symbol.

Any golden horseshoes which land on a particular reel will expand it upwards by at least one position and increase the number of paylines – it will also move to the top position there. When a reel finally reaches the orbs above the reels than that prize will be awarded.

Those prizes are relative to your stake and if you can reach the top of reel three (the Lucky Zone) then there are some large prizes available with the maximum being 5000 coins.

On any base game spin symbols may land, all instances of which will then transform into matching standard symbols.

This is triggered by landing three bonus symbols on reels two, three or four or by expanding a reel to reach the ‘Bonus’ orb at the top – it’s possible to trigger two sets of spins in one go this way.

The spins will always start at 243 paylines but increase as the horseshoes land – the round ends when a reel expands enough to reach the skull and cross bones symbol above.

We’ve seen this expanding reel mechanic before but rarely and it works well here, promising a guaranteed prize when the reels eventually reach the top area; chuck in a creepy atmosphere and some free spins and this is enjoyable stuff – just try to ignore the slightly low RTP of 94.27%.