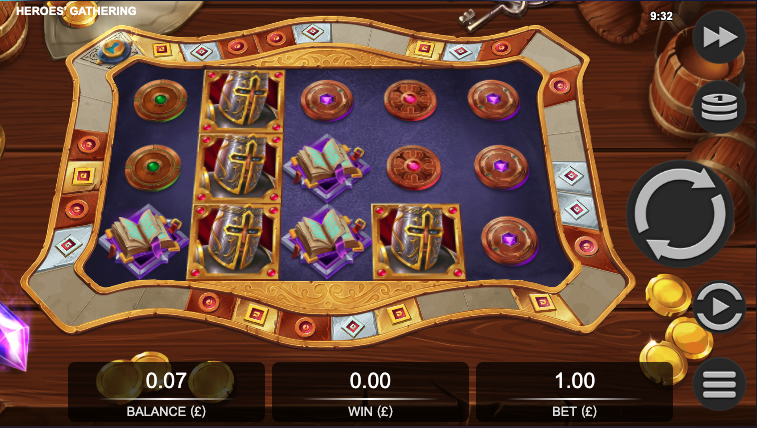 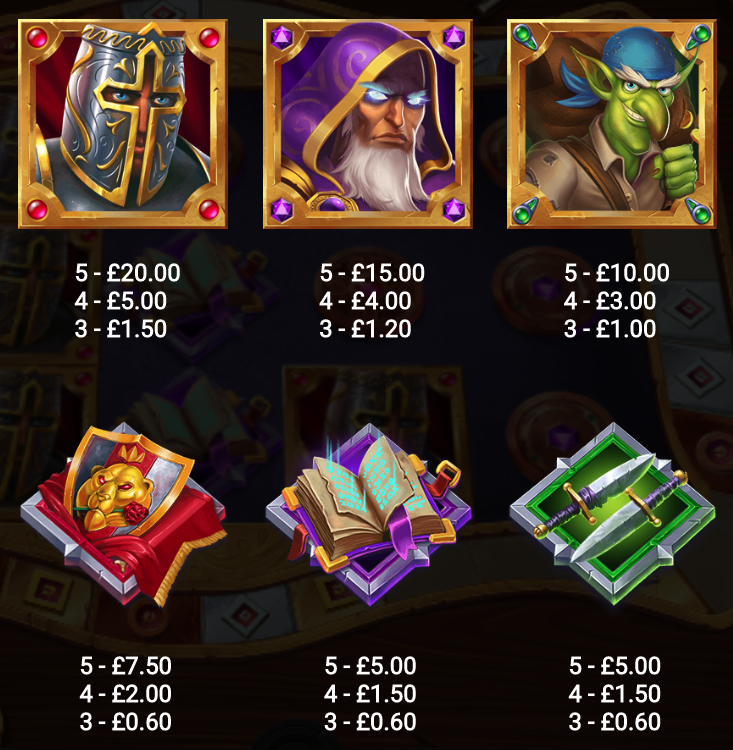 Board games and online slots often go well together and here they’ve combined again in Heroes Gathering, a release from Relax Gaming in which the bonus features let players move around the board, picking up prizes along the way.

Heroes Gathering is a five reel slot with three rows and twenty fixed paylines; we’re looking down on the playing area from above where the reels spin within the board game which is set on a wooden tabletop.

The high value symbols are characters from this story including the knight, the wizard and the elf along with the shield, the magic book and the daggers; wooden discs inlaid with gems represent the lower values.

The wild is a red crystal ball which will replace all standard symbols to help form winning combinations; the bonus symbol is a standard emblazoned with weaponry.

Landing three of the bonus symbols anywhere on reels one, three and five will start the board game feature and your task is to move around the board, guided by the spinner which lands on reels three, until you’ve filled up one the amulets on the left hand side. These amulets correspond to the characters on the reels and their border colour.

Completing a whole lap of the board will remove any ‘pins’ collected so far but landing on a corner position will award a random cash prize; landing on the Start position doubles all potential prizes.

This is triggered by landing two bonus symbols on reels one, three or five and you’ll get to play a simplified version of the board game feature here.

Heroes Gathering is an enjoyable addition to the board game genre but you’ll have to trigger one of the two features to crank up the excitement and win any money; if board games are your thing you may want to check out slots such as Monopoly Megaways or Battleship Direct Hit.