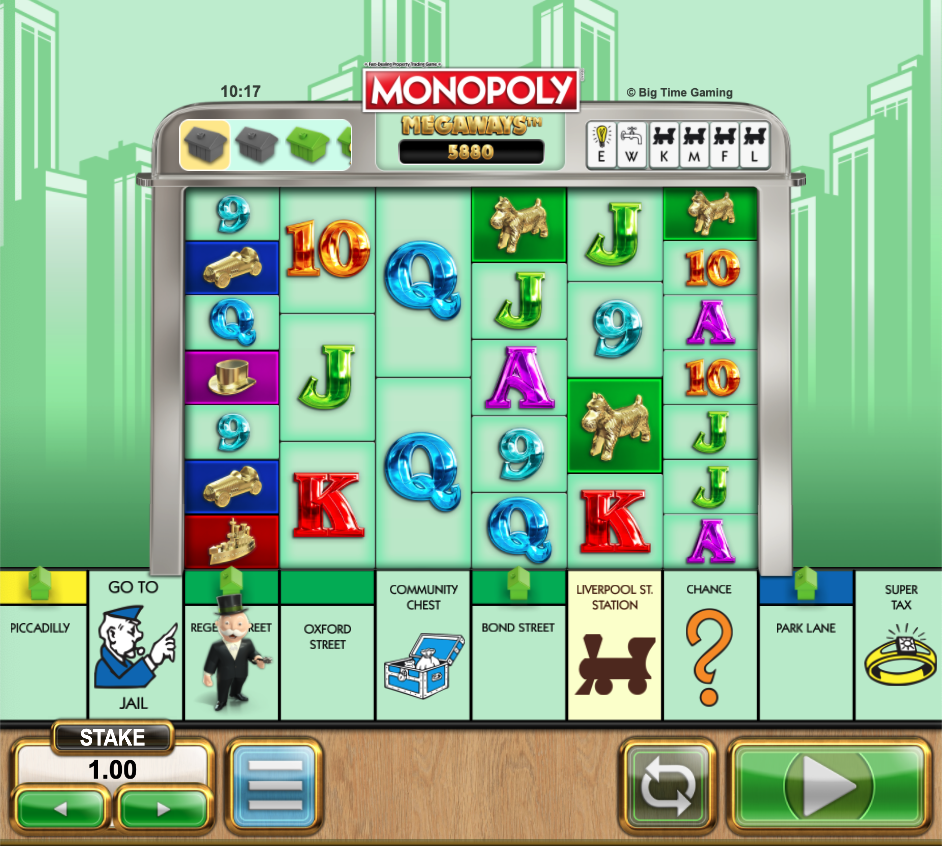 Monopoly is the property-owning board game which has ruined many a Christmas over the years so if you’d like to avoid the arguments then why not try out Monopoly Megaways – it’s an online slot developed by Big Time Gaming which combines the Megaways gameplay with lots of elements of the famous game.

Monopoly Megaways is a six reel slot with up to seven rows and a potential 117640 ways to win – these are the Megaways of the title; beneath those reels the properties and utilities all scroll past with a purpose as we’ll explain below.

Playing pieces including the hat, the ship, the car and the dog are the high value symbols while 9, 10, J, Q, K and A are the lower values.

The gold ‘M’ on the multicolour background is wild, it appears on reels two to six and it will replace all symbols to help form winning combinations.

Along with Megaways this slot uses Reactions which means that all symbols in a winning combo will disappear to be replaced by more falling in from above – more combos can then be formed and this process continues until there are no more wins.

Any wins move Mr Monopoly around the board and landing on different positions awards the following bonuses: 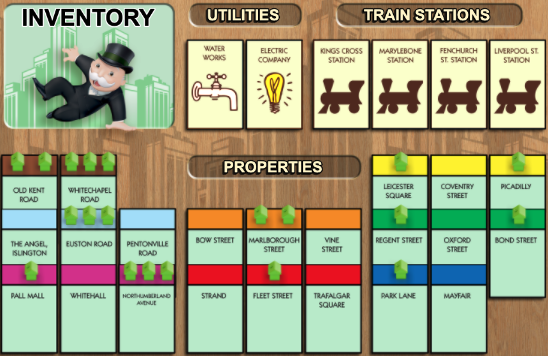 This is triggered when a property has five houses on it and you’ll receive eight free spins plus three more for any extra property with five houses created on that spin; an extra spin will also be earned for a sixth house and for each owned train station you land on.

Each utility owned increases the win multiplier by 1x and so does each house on every property you land on during this round. Landing on Chance can also earn five extra spins.

You’ll lose all your stations and utilities when the round ends.

Monopoly Megaways combines the spinning reels and the board game elements in the most inventive way we’ve seen in this genre – it’s a brilliant slot which will keep you company through those solitary but vital Christmas moments. The replay value is playing until you’ve collected enough houses to activate the free spins.