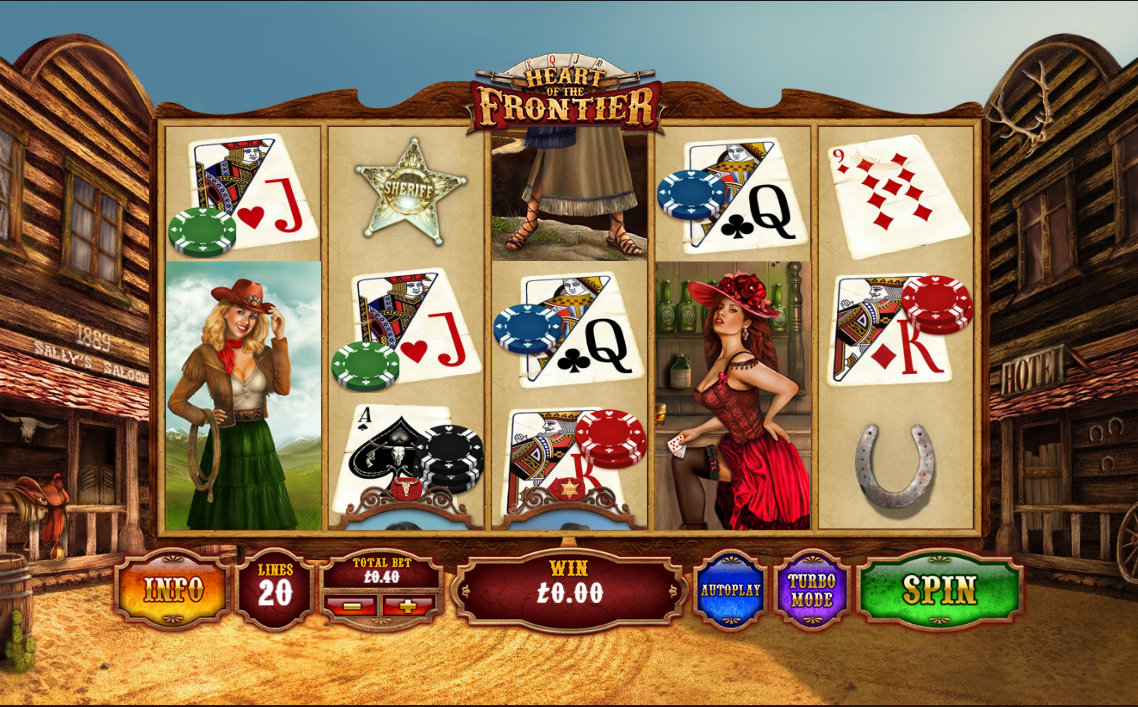 A visit to the Old West is reasonably regular occurrence for online slot fans but Heart of the Frontier is a little different – all the characters are women in this game developed by Playtech, even the baddies and you can find out what they all get up to if you fancy reading our review below.

Heart of the Frontier is a five reel slot with three rows and twenty fixed paylines; those reels spin within the confines of a wooden noticeboard which hangs in the air in front of  a dusty street bordered by a saloon on one side and a hotel on the other.

The cowgirl, the native American and the prostitute are the three highest value symbols and they are joined by a sheriff’s badge and a horseshoe; playing cards ranging from 9 to A make up the lower values.

The game’s logo is the main wild and it will substitute for all others to form winning combos except for the sheriff and bandit wild symbols (explained in more detail below). 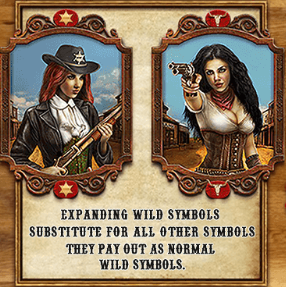 The sheriff and bandit symbols both come in handy here and when they land individually they will expand to fill the entire reel and act as a wild symbol; they will then move one place to the right (sheriff) or left (bandit) until they drop off the reels.

If they both appear on the reels at the same time the Showdown Free Spins are awarded; you will receive five free spins with those expanded wilds locked in place and any further sheriffs or bandits landing will also expand and remain in place until the round ends.

When the spins finish the shootout part starts and here any sheriffs and bandits will start firing at each other until just one remains – that symbol will still be on the reels when you are returned to the base game.

Heart of the Frontier is a well designed, good looking slot with a creative bonus feature and some potentially big wins when the sheriff and bandit get involved; it comes with an RTP of 96.09% and is highly recommended.