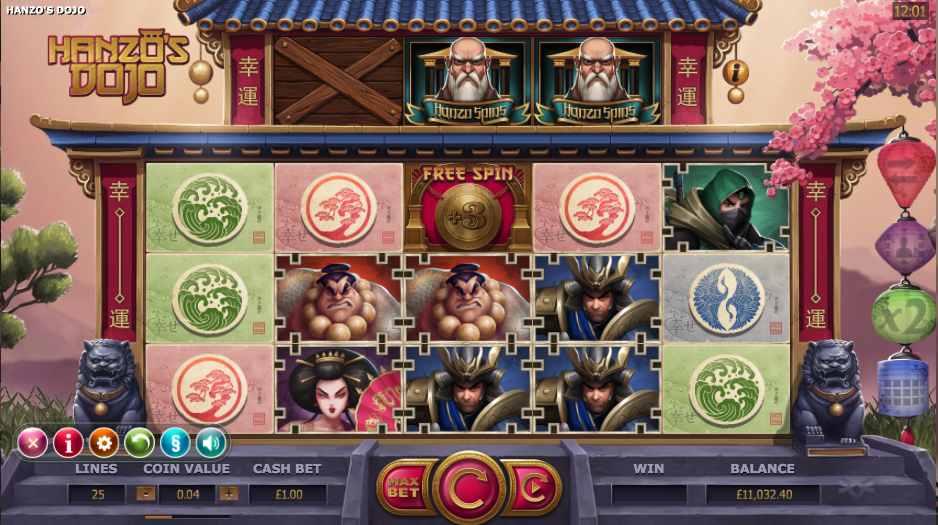 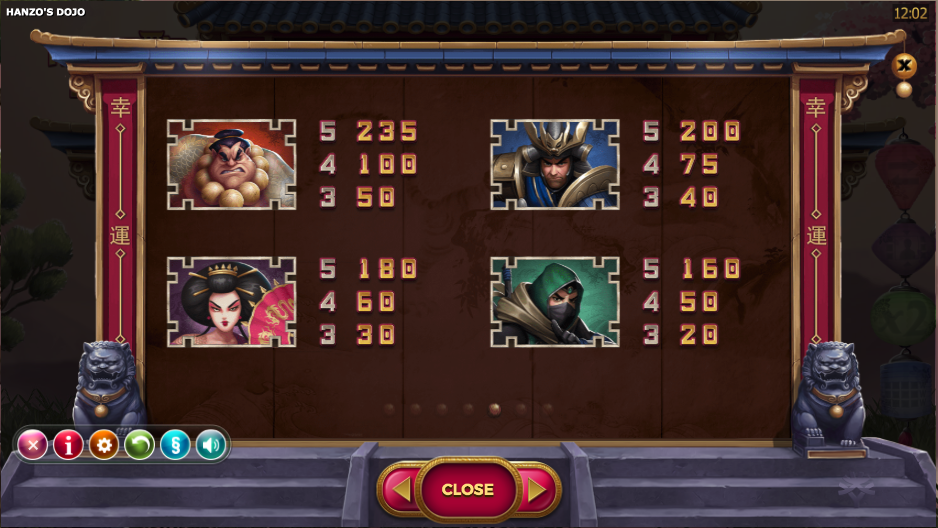 A trip down to the local martial arts school doesn’t usually involve any reel spinning action but at Hanzo’s Dojo things are a little different; this is an online slot from Yggdrasil Gaming with numerous bonus features and an extra rooftop slot to add to the fun – check it out below.

Hanzo’s Dojo is a five reel slot with three rows and twenty five fixed paylines; the reels spin on the side of a neat, traditional Chinese building with paper lanterns and cherry blossom completing the tranquil scene.

The four high value symbols are all the mean-looking characters who occupy the dojo while the lower values are four nicely-designed icons representing various elements.

The wild is a golden mask which will replace all others to help form winning combos except for the Free Spins and Hanzo Spins bonus symbols.

The three positions in the roof area spin with the rest of the reels to reveal the following symbols:

For the free spins you’ll get one booster per symbol and they are:

This is triggered by landing at least three Free Spins symbols anywhere in view, including the rooftop area; you’ll receive the total number of spins on those symbols plus a booster if it includes any from the rooftop. Reels, two, three and four only feature 3×3 giant symbols during this round.

Yggdrasil Gaming do not generally produce any duds and Hanzo’s Dojo is no exception – it’s a very high quality slot with the clever rooftop area and a selection of interesting features. The background music is top notch, the gameplay is smooth and there’s an RTP of 96.10%.