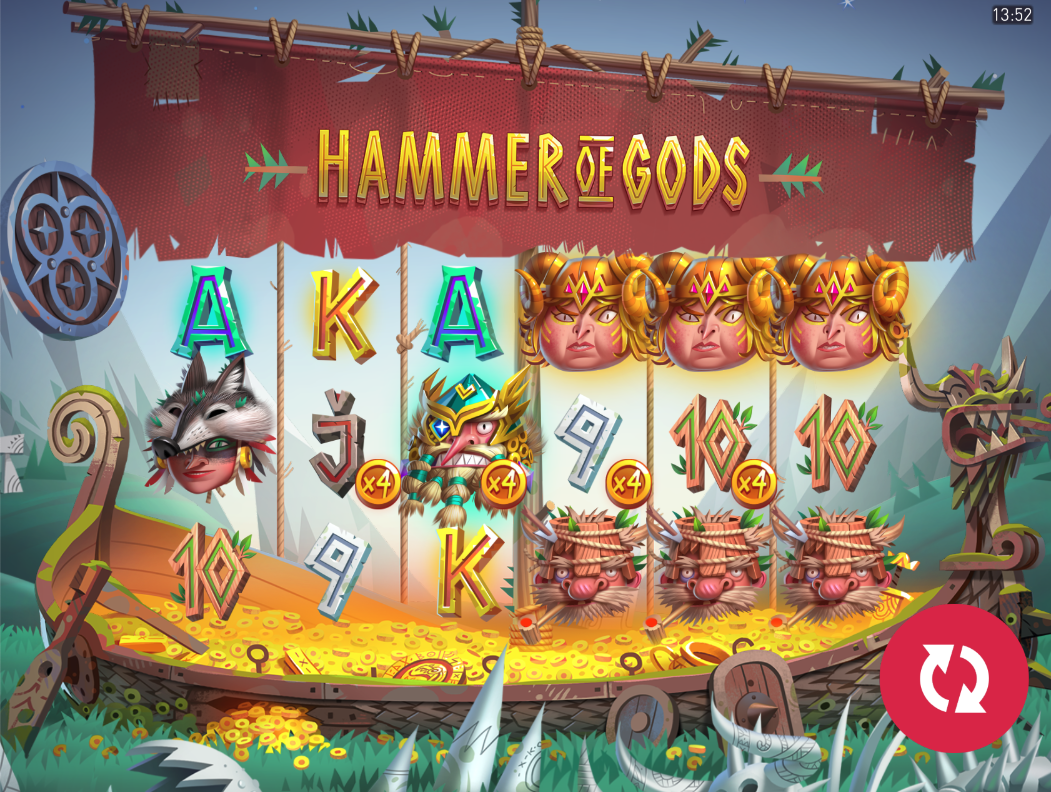 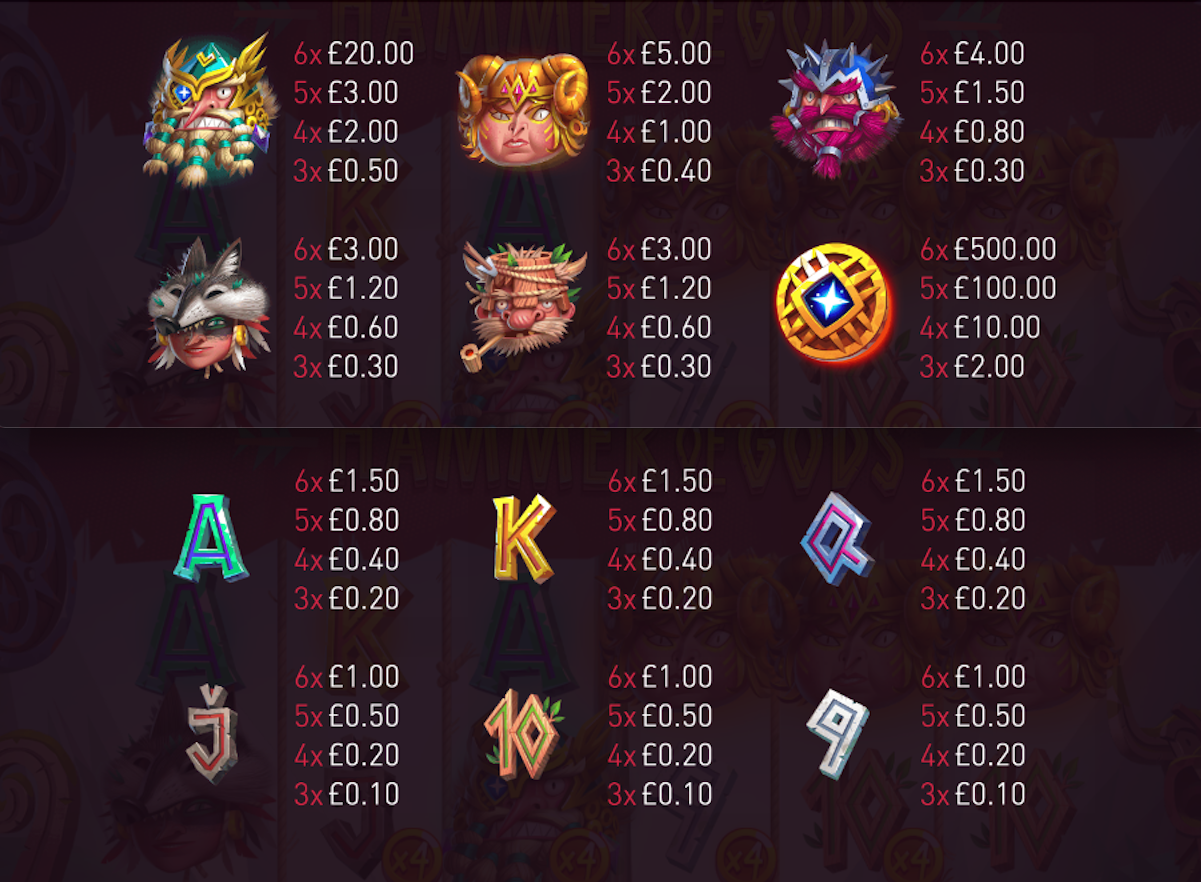 Norse gods and Viking warriors are the themes for this online slot from Yggdrasil Gaming/Peter & Sons which comes with an attractive design and several bonus features; it’s called Hammer of Gods and from £0.20 per spin it tempts players with free spins and wild respins.

Hammer of Gods is a six reel slot with three rows and 729 ways to win; it has the same cartoonish design as slots such as Johnan Legendarian and the setting is a grounded Viking longship filled with gold coins and other treasure.

The high value symbols are five odd-looking characters from this story; 9, 10, J, Q, K and A represent the lower values. The blue hammer is wild and the shield is the scatter symbol.

Certain positions are marked on each spin and a symbol landing there will get a multiplier value of between 2x and 4x; more than one will get their values multiplied together and applied to any wins.

Landing at least three of the golden shield scatter symbols anywhere in view will award fifteen free spins with The Way multiplier – this will add random multiplier values of 4x to various positions to help increase those wins. More than one will be multiplied together.

There’s also a special yellow hammer wild and collecting three of these will trigger a respin in which those wilds will be placed back on the reels in random positions. If there are wilds left in the collection meter when the spins have ended then the spins will continue until the meter is full and the Wild Respin is awarded.