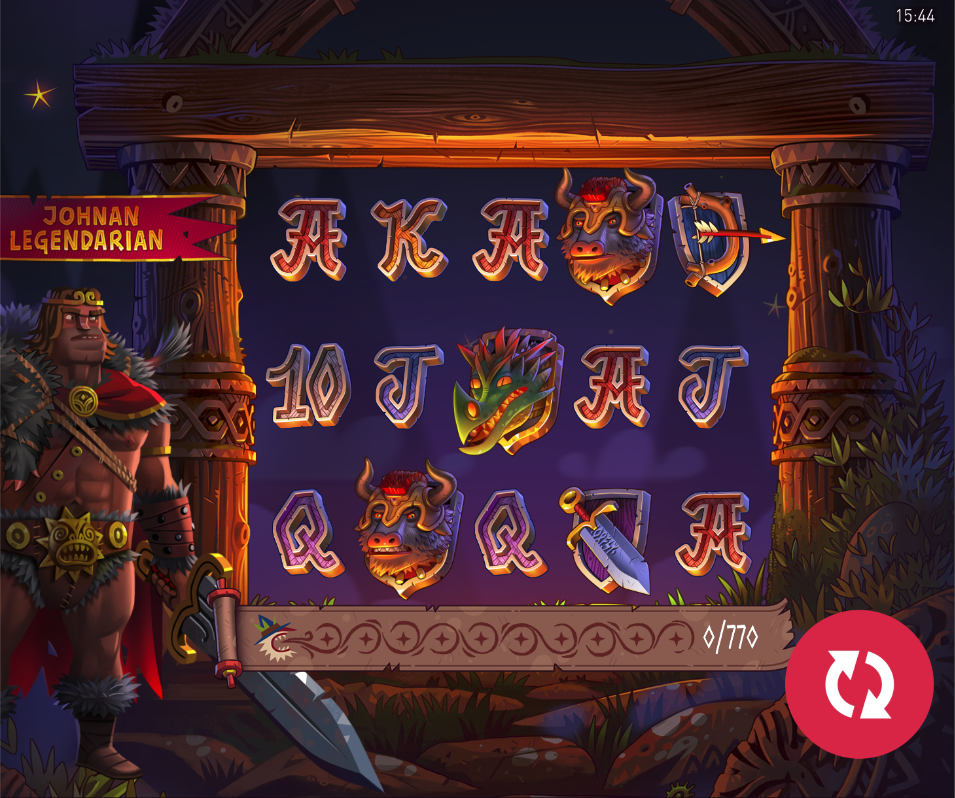 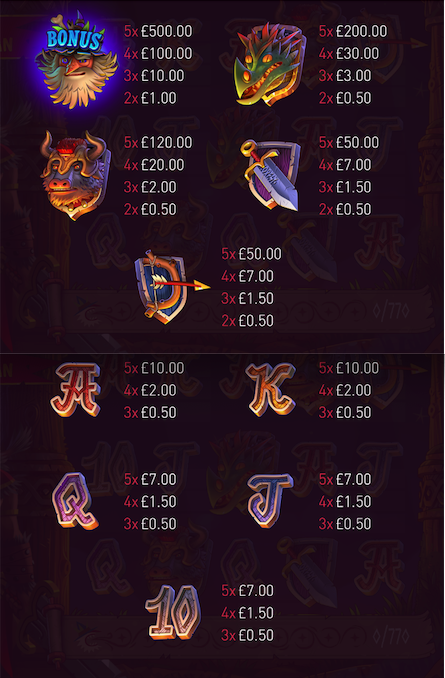 After a swift bit of research we determined that Johnan Legendarian is in fact not a mythical character from some ancient culture but even if this adventurer has just been created for the purposes of this online slot then that’s Ok with us; Johnan Legendarian is the name of this game, it’s developed by Yggdrasil Gaming/Peter & Sons and it offers players free spins with expanding symbols, expanding symbols and a scatter collection feature.

Johnan Legendarian is a five reel slot with three rows and ten fixed paylines; Johnan has clearly been overdoing the steroids at the gym and he stands on the left hand side, holding a massive sword and watching over the wooden archway in which those reels are spinning.

Shields displaying a dragon’s head, a boar’s head, a sword and a bow and arrow represent the higher values while 10, J, Q, K and A make up the lower values; the crazy-looking guy with the beard is both the wild and the scatter symbol.

Landing at least three of the crazy many wild/scatter symbols anywhere in view will award an initial ten free spins; a symbol is now selected at random which will expand whenever it lands and also pay on non-adjacent positions if there are enough on a payline.

If you’re lucky enough to land three scatters during this round the number of spins will be reset to ten again and another expanding symbol will be picked – up to nine expanding symbols can be in play this way.

You may also have noticed the meter along the bottom which runs up to 770 – this is partially filled each time exactly two scatter symbols land in view and when it’s full ten Super Free Spins will be awarded. This is similar to the regular free spins except that if it’s retriggered with three scatters then as well as resting the spins to ten again, an extra ten are awarded.

Johnan Legendarian is a slot with plenty of cartoonish comedy and a musclebound hero with the world’s biggest weapon; it’s enjoyable stuff, especially if you can reach those free spins and Super Free Spins.

The Return To Player percentage for Johnan Legendarian is 96.03%.

How To Win On Johnan Legendarian?

Where can I play Johnan Legendarian?