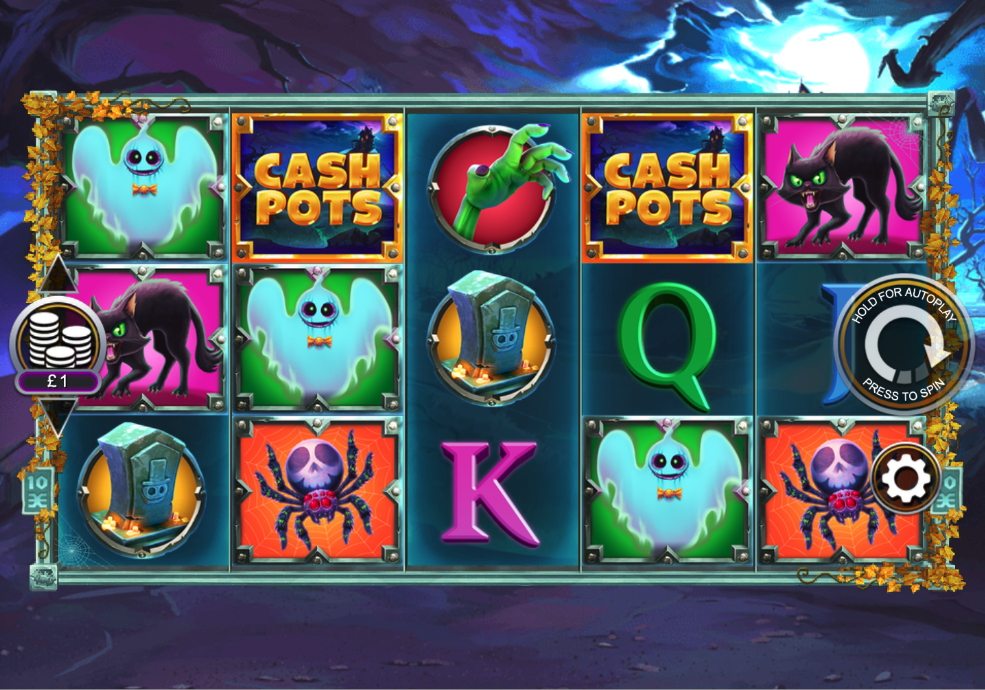 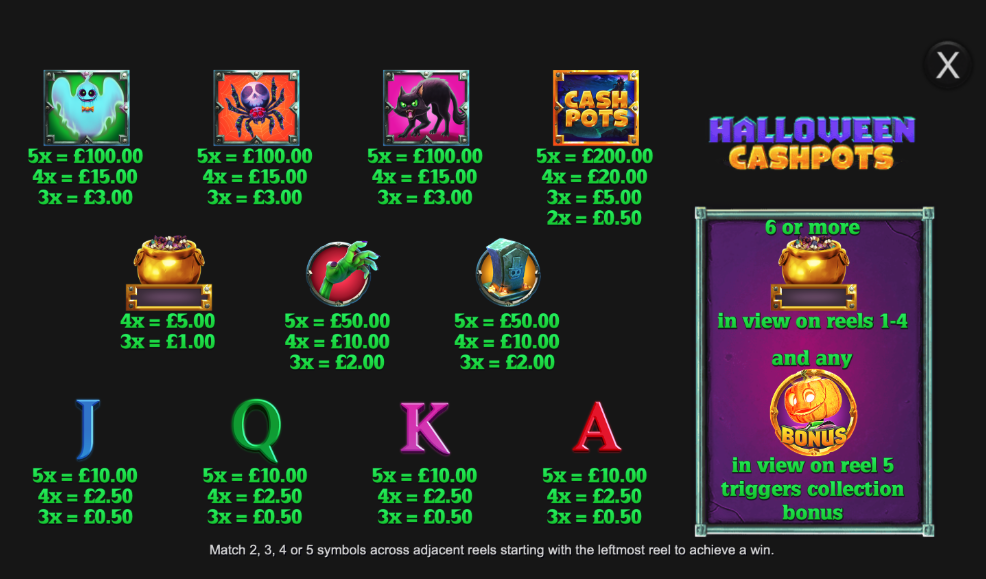 Halloween isn’t the same scary affair it may have been some time ago and that’s demonstrated by the cheery style of online slots themed on this seasonal event; Halloween Cashpots is one more to add to the list, it’s developed by Inspired Gaming and behind it’s ghostly facade there’s a Collection Bonus where the big wins are hiding.

Halloween Cashpots is a five reel slot with three rows and ten fixed paylines; those reels resemble something like a gravestone which floats against a backdrop of gnarled, dead trees and a full moon.

High value symbols include the ghost, the spider, the black cat, the Cash Pots icon, the golden cauldron, the zombie hand and the crypt; J, Q, K and A are the lower values. There are no wilds in Halloween Cashpots but the cauldron and the pumpkin are the special symbols.

The cauldron symbols appear stacked on the reels and this feature is triggered by landing at least six anywhere in reels one to four and the pumpkin on reel five; The cauldrons will display cash values and they and the pumpkin will lock in place while the reels will spin five times to try and lock more cauldrons and pumpkins in place. If all positions are filled you won’t need all five spins.

When the spins have finished the cash values are totalled and this amount is awarded as a prize for each pumpkin symbol in view. Those values are multipliers of the stake which range from 1x up to 50x.

Halloween Cashpots is an almost direct copy of Inspired Gaming’s recent Jin Chan Cash – the same graphical style, the same features but actually a slight decrease in RTP to 96.50% (from 96.89%). It’s not the best Halloween slot we’ve played but it’s Ok.