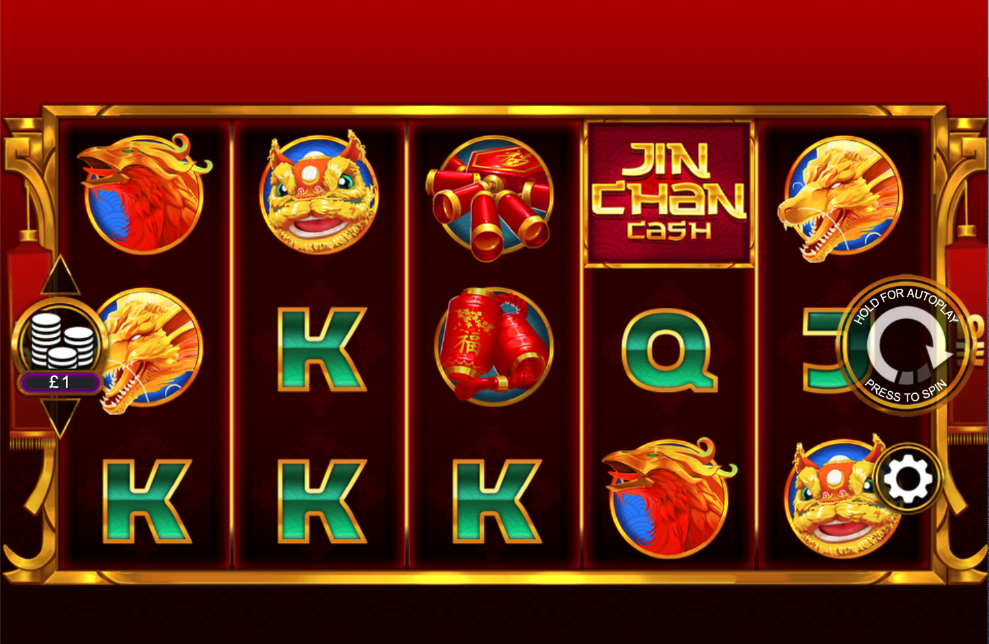 Online slots fans will already know that Jin Chan is the ‘money toad’ of Chinese legend which appears as sign of approaching good fortune and here we have a game dedicated to this mystical amphibian; it’s called Jin Chan Cash, it’s developed by Inspired Gaming and it tempts players with the Multi Cash Collector Bonus.

Jin Chan Cash is a five reel slot with three rows and ten fixed paylines; those reels are formed from solid gold and accessorised with red banners on either side.

Theme-related symbols include the phoenix, two dragons, the Jin Chan log, a Chinese coin and some firecrackers; J, Q, K and A represent the lower values. There are no wild symbols in this game but the special symbols are the Chinese coins and the Jin Chan on reel five.

The Chinese coins appear on reels one to four and if you can land at least six of these along with the Jin Chan symbol on reel five then this feature will be activated. The coins will display cash values and they and the toad will lock in place while the reels will spin five times to try and lock more coins and toads in place. If all positions are filled you won’t need all five spins.

When the spins have finished the cash values are totalled and this amount is awarded as a prize for each Jin Chan symbol in view. Those values are multipliers of the stake which range from 1x up to 50x.

Jin Chan Cash is a pretty stripped back affair but that’s Ok because it’s big, bold and colourful with an interesting and unusual bonus feature to enjoy; hit the big multipliers in the bonus game for the biggest wins.