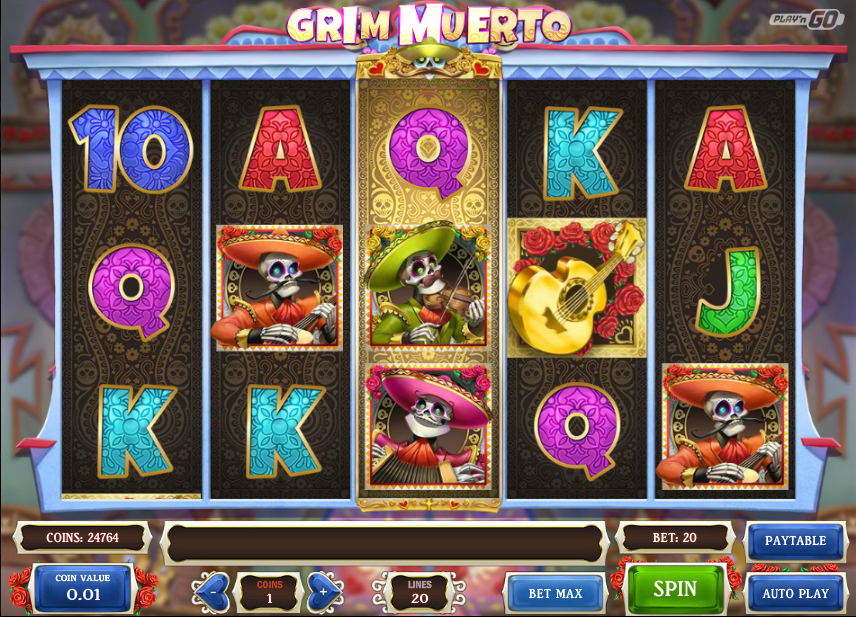 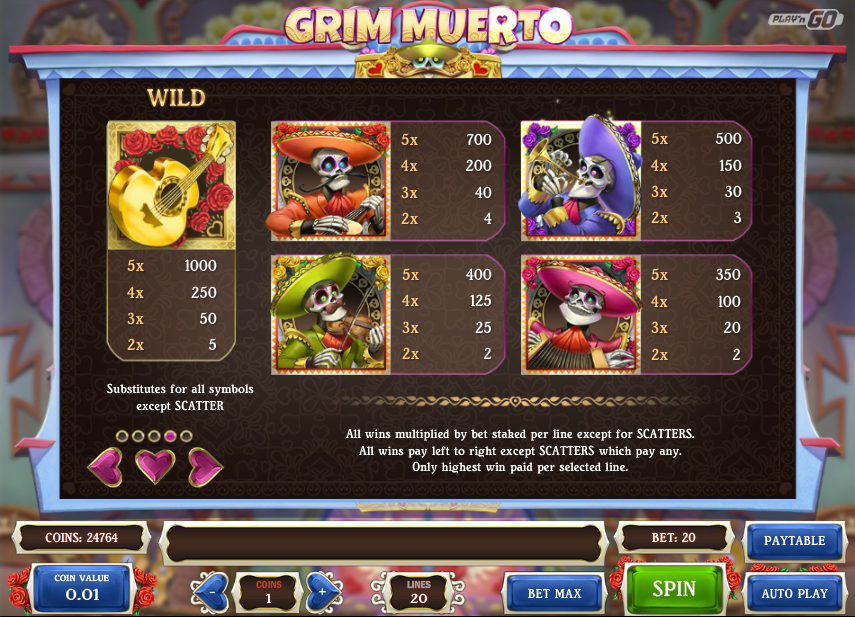 Mexico is our destination now as we fire up this online slot machine from Play N Go; it’s called Grim Muerto and it’s themed on band made up of skeleton musicians and perhaps there’s a nod to the Mexican Day of the Dead celebration. It’s all very cheerful however and there are a number of bonus features to enjoy.

Grim Muerto is a five reel slot with three rows and twenty fixed paylines; there’s a cartoonish vibe to the design and of course some chirpy Mexican music to accompany your gameplay.

There are four high value symbols and these are the four colourfully dressed skeletal band members – orange, blue, green and pink; 10, J, Q, K and A make up the lower values.

The guitar is the wild symbols and it will substitute for all others except the book scatter icon.

On each base game spin one reel will be highlighted; if a wild symbol lands on this reel it will expand to fill all positions, hopefully helping out with some winning combos.

The Marco Siniestro feature is also active here but now between two and five reels are highlighted, increasing your chances of creating an expanding wild. Additionally one of the musicians will be selected as an extra wild for the duration of the round.

During the base game landing two book scatter symbols will trigger the second chance feature; click one of the musicians displayed to find a cash prize, nothing or a third scatter to trigger the free spins.

Grim Muerto is a great slot with an amusing theme and plenty of extra features to keep your bankroll healthy; it lives up to the high standard of recent Play N Go games and comes with an RTP of 96.51%. If you like this theme then also try IGT’s Day of the Dead.